I got a bad Cat Quest fever, bamamnam!

Come for the news, get puns as a bonus! Anyway, this tidbit will be chock-full of everyone’s favourite fluffy felines. Cats for days! Well, cats questing for days. Cat Quest is getting a physical release for the Nintendo Switch on September 7 in Europe and September 11 in North America; it has already received a physical edition for the PlayStation 4, as well as being available digitally everywhere. And I mean everywhere: PC, Mac, iOS, Android, PlayStation 4, Switch. All the current-gen consoles are covered minus the Xbox One. Sucks to be Microsoft!

The most important content of this tidbit, however, is the video above: it’s the reveal teaser video for a sequel! Cat Quest: The Lupus Empire will be released early next year on Android, iOS, Nintendo Switch, PC, PlayStation 4, and Xbox One. Note that Xbox is on that list, hinting that maybe the original may be coming to the console prior to the sequel’s release.

Cat Quest II returns to familiar gameplay and familiar locations, but also adds a new story, new locations, and two-player co-op. What’s better than one cat? TWO CATS! And by then, what’s one more? Then you have three and they outnumber the humans in your house… *ahem* not that that’s me or anything.

Love Plus Every launches in August; PLEASE bring it west, Konami

Konami’s Love Plus has been a behemoth of the dating game genre, and with good reason. While it has an odd reputation in the west (where it was never released), in Japan it’s well regarded for its beautiful storytelling and genuinely interesting characters. And the new mobile Love Plus — Love Plus Every — is a big deal indeed in Japan.

When I was at TGS last year, the line-up of people looking to try it out was longer than for any other game; including the mighty Monster Hunter. And now we know when the game is getting a full release; August.

If you’ve got a Japanese device, you’re able to pre-register for the game now, and if you’re interested in it, it’s worth doing so, because Konami will be giving people rewards on launch that scale with the number of pre-registrations that it gets. Don’t hold your breath for an English release — it almost certainly won’t happen.

Just in case you were looking forward to the game, and had missed this news, Omega Labyrinth Z’s western release has been cancelled by the publisher, PQube. It’s perhaps unsurprising, given the game was banned in five countries (the UK, Germany, Australia, New Zealand, and Ireland), but the final straw seems to be Sony itself. 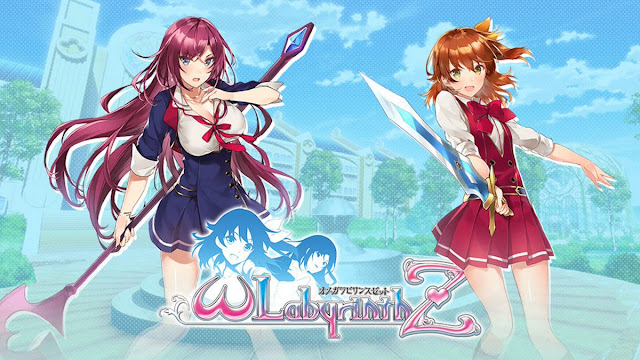 According to a statement from PQube: “PQube strives to release Japanese content for its fans as close to the source material as possible. In the case of Omega Labyrinth Z, while PQube has worked with all relevant age rating bodies in their respective territories, PQube must respectfully comply with the wishes of the platform holder and have therefore withdrawn any future plans for Omega Labyrinth Z’s European and North American release on PS4 and PS Vita.”

So that’s that. If you want to play Omega Labyrinth, you’ll need to learn yourself some Japanese and import it. Is this going to mean PQube and other localisers of Japanese games will be more risk-averse going forwards? Hopefully not.

This point-and-click title is very… metallic?

Metallic as in metal music, geez! Get ready for some headbangin’ music alongside adventure in The Wardrobe, a point-and-click game developed by C.I.N.I.C. Games, has clearly been influenced by similar titles of the ’90s. Featuring loads of laughs and non-politically correct themes, The Wardrobe will hopefully delight us all. Here’s a trailer:

Something about the trailer reminds me very much of Demetrios: The Big Cynical Adventure (available for PlayStation 4 and PS Vita). I’m not sure that’s the best thing, since it was only so-so, but I remain hopeful for The Wardrobe. You play as a teenaged skeleton trying to save his BFF’s soul from eternal damnation. That’s some serious stuff! The game features 40 locations and over 70 characters, and multiple options at each hotspot.

The Wardrobe will be released for the Nintendo Switch on July 6, and for PlayStation 4 sometime later in the month. Pre-orders are discounted by a couple of dollars, if you’re interested!

PlayStation Plus lineup in July: Rating – not so bad!