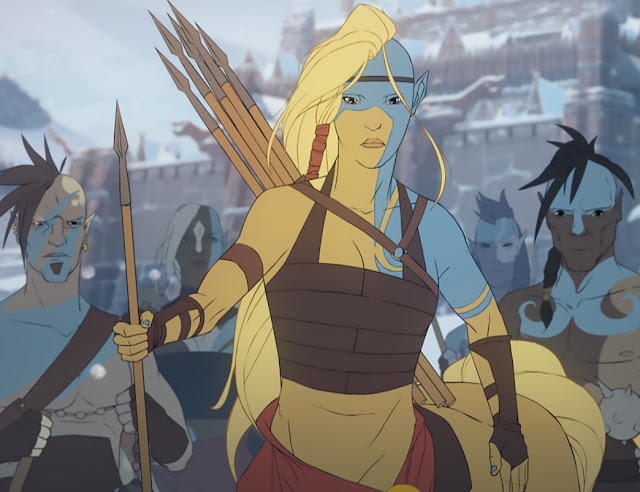 If you haven’t already played Banner Saga, then stop what you’re doing and get onto that. Pronto. This isn’t a sequel in the vein that Bayonetta 1 and Bayonetta 2 were “sequels,” but are really self-contained experiences. Instead, this is a direct narrative continuation of the Banner Saga title that popped up on the Switch’s eShop not too long ago. The closest point of comparison is how it feels to be reading the second novel in a trilogy. The title starts with the option to make a choice between two playable narratives, and that choice is next to meaningless without sinking time into the first game.

Related reading: Our review of the first Banner Saga on Nintendo Switch.

However, if you’ve already thrown yourself wholeheartedly into the Banner Saga’s tale of woe, then looking past its sequel would be a huge mistake. You may not have followed all the chapters of the first Banner Saga to their heartbreaking conclusion, but a couple of hours worth of playtime should have given you the gist of things: everything sucks, and people die. The strength of this series is really in the fact that the overwhelming despair that shrouds your every in-game decision works. It drives you forward on some fundamental, and instinctual level. The first game was about survival, but Banner Saga 2 is about survivor’s guilt.

You’re thrown right into a cauldron of tough decisions, regret, and sacrifice. Your choices from Banner Saga have the ability to carry over, which should theoretically make it easier to hit the ground running. That being said, the initial impact definitely hurts, even if you’re prepared. Banner Saga 2 pulls no punches and wastes no time in throwing you right back into the driver’s seat of your bleak, gothic-Nordic medieval fantasy. Unlike the first title’s approach where two parties converged and became one, it’s all about a painful, inevitable separation. You’re forced to normalise characters leaving your party, but like a divorce borne out of resignation, it aches. 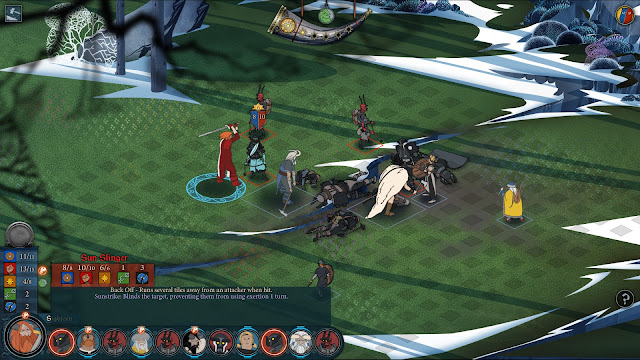 A core part a lot of role-playing games is NPC availability. People that are useful to the protagonist just sit around idly when they’re not selected for combat. They could be doing any number of things under the sun, and they could all be incredibly well-crafted characters, but they lose some of their depth by virtue of simply being constantly available despite your decisions. Dragon Age: Inquisition fell into the trap of giving NPCs a well of sorrow’s worth of patience for your bullshit, and giving you all the time in the world to learn what makes them tick.

Banner Saga 2 takes an almost antagonistic approach to relationship-building activities. It’s not about the combat, even though that’s a large part of the game. It’s not about gift-giving, or even about the immediate dialogue choices that you make to determine what happens during your caravan’s day-to-day operations. It’s about how life can be stolen away from you at a moment’s notice, how parents and children can be separated in the blink of an eye, and how there’s absolutely no certainty other than the fact that someone has to get shit done around here. And that person, unfortunately, is you.

The reluctant leader is a tiring stereotype in some situations, but it plays extremely well here. Banner Saga 2, like its predecessor, forces you into a multitude of tough choices and hard knocks that don’t have obvious pros and cons. The lack of certainty is crucial in making your decisions feel meaningful – outcomes aren’t randomly generated in the slightest, but it can feel that way when there’s no clear decision-making matrix to use. 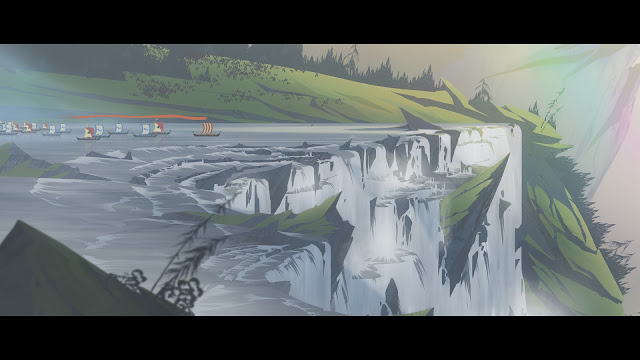 There aren’t any prompts to tell you what’s a Good choice versus a Bad choice. You’ll have to roll the dice on your leadership skills and pray. It’s a marvel of narrative storytelling to keep players on the hook for their choices even chapters after they were made. Roleplaying a character that governs only because of a noble sacrifice has all the challenges to legitimate rule that you’d expect, and they play out spectacularly in the game’s ecosystem. Banner Saga 2 goes one step further than the first in introducing moral quandaries that go beyond what’s right and wrong, and more about what differentiates humanity from the beasts that rail against it in the dark.

Of course, it’s not all doom and gloom, even if your soul feels about ten times heavier once you’ve had the pleasure of clocking the title. There have been a number of significant improvements made since the original Banner Saga, including additions to your down-time activities that give you more to do when you’re not running a mobile kingdom. For those who struggled with combat the first time around, you’re now able to take on various challenges in the Heroes tent that teach you how to get the most out of your fighters. There’s also the addition of destructible cover to the battlefield, which adds another element for the strategy buffs, alongside new races with unique skills that complement your surviving team.

Banner Saga 2 plays flawlessly on the Switch, but that’s not what really matters. It’s an old title, so a port of it isn’t any sort of outstanding mechanical achievement. What makes this such an apt continuation of the first isn’t that it heaps on the sadness; we see enough games out there exploiting emotional responses via shock and horror to know better. It’s seamlessly integrated into the narrative from the first, and that’s where real its power lies. 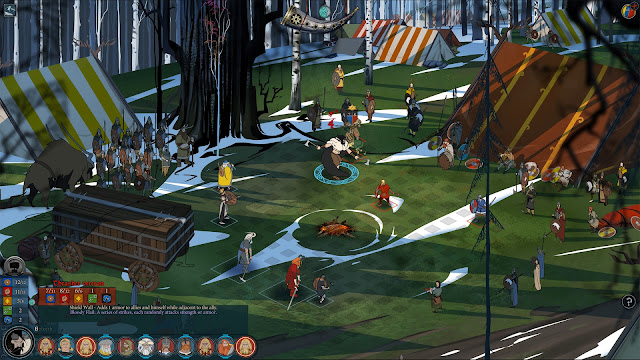 It doesn’t thrust anything new and shiny onto you, nor does it have to beat the same drum by picking from a pot of clichés. It’s more of the same: more of doing what it takes to survive, more of learning to live with yourself when you can’t save everyone, and more of making the most of a worsening situation. In a time where many of us are just trying to get by in an environment and hat’s openly hostile to our safety and liberty, Banner Saga 2’s core concerns are sobering. Don’t let the fantasy setting fool you. This is one hell of a journey.