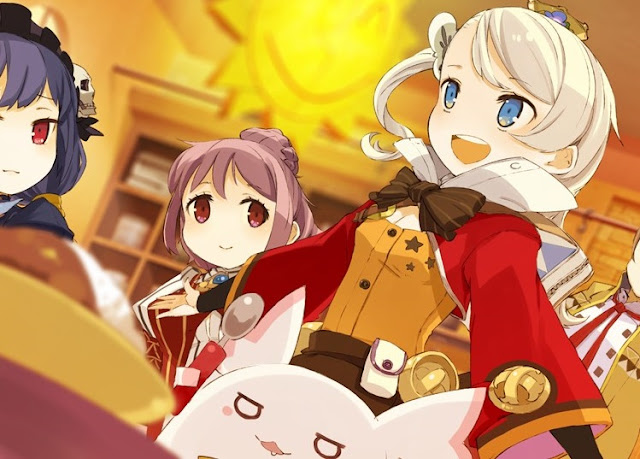 In a battle between a family owned restaurant and a big soulless corporation, I’d side with the homegrown business any day. So does Pupuru, star of Sorcery Saga: Curse of the Great Curry God, a lighthearted roguelike developed by Compile Heart, originally released for the Vita and now seeing a new life on Steam. The game features quirky characters and a hilarious main story quest, but beneath the colourful exterior lies a rock-hard example of why its genre is considered one of the most difficult in gaming.

Related reading: For another look at the game, here’s our review of the original Vita release

As a roguelike, Sorcery Saga is as traditional as they come, with none of the concessions made by the recent rogue-lite genre. Movement is on a tile grid, combat is turn based, everything is randomised and it’s best not to get too attached to any piece of equipment because the game will zealously take it from you. Players trudge through dungeons getting stronger as they search for stairs to the next floor, and after a few they’ll be given the option to warp back to town or to keep going in the hopes of beating the boss. It’s interesting that the more specific elements of the genre have also carried over – the floors are abounding with traps, there’s a complex status affliction system, and there are in-dungeon shops which you can steal from at your peril. If you’re unlucky, you can stumble into a Monster House where you’ll be surrounded by enemies and the music will switch to a demonic cacophony that sounds like it’s laughing at your expense. The basic elements of design are very standard, which means that Sorcery Saga rides with both the highs and the lows of this very specific style of game.

Historically, Sorcery Saga is a spiritual successor to a Japan-only game series titled Mado Monogatari, made by the accomplished 90’s developer Compile – the staff of whom after its dissolution would form the bases for many companies including Compile Heart. While I can’t attest to how many Mado Monogatari developers made their way onto Sorcery Saga’s team, it does give the game a bit more credibility in the grand scheme of the roguelike genre: it’s not just following in the shadow of the Mystery Dungeon series. That being said, Chunsoft’s premier roguelike franchise will likely be the reference point for most players of Sorcery Saga, as Compile Heart’s game shares nearly everything from core mechanics, dungeon design, controls and everything in between. 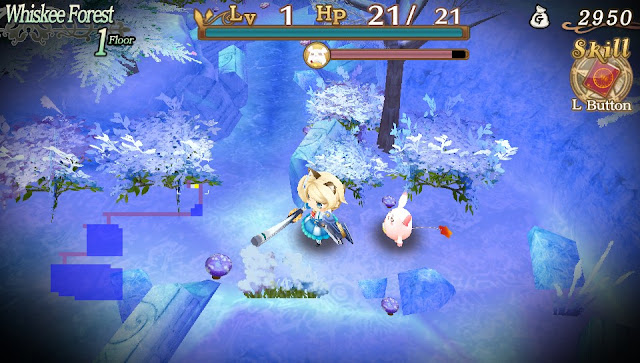 There are a few deviances to the formula set by Sorcery Saga which help the game stand out, but most of these differences aren’t significant to all but prolific roguelike players. Sorcery Saga spends a lot of time delivering a story, and while it’s a simple Toriko-esque fantasy adventure, each character’s lines are full of personality and the plot never takes itself too seriously. The game concerns itself with Pupuru, who is determined to save her local restaurant Smile Curry from being muscled out of business by an evil curry conglomerate. After a botched questing attempt she meets Kuu, a strange creature whose defining characteristic is being able to consume anything, and together they set off to find the ingredients to cook the Legendary Magic Curry.

Kuu is a clever way to modernise the idea of the party – while in a Mystery Dungeon game, players will need to juggle a belly stat along with the HP bars of their player characters and some not-so-smart party members, Kuu is both of those things rolled into one. Kuu’s hunger deteriorates as you take steps but his belly is also effectively an HP bar, and in a pinch, he can be relied on to tank hits for Pupuru while she tosses spells or fights other enemies. Kuu also levels up after eating enough things, learning new skills which will help you adapt to the game’s various challenges. Keeping Kuu well fed by throwing him junk items you come across is the key to survival in dungeons, and while he is still as dumb as any Mystery Dungeon companion, at least he’s like that in the story too.

Everything outside of the dungeons is creative and lighthearted, which is a shame because the game proper contends with the hardcore reputation that the genre bears. There are more than a couple “deal breaker” mechanics which is sure to irk those expecting a regular JRPG. For example, equipment you pick up needs to be identified before revealing its usefulness to you, and it’s all too common to have a cursed pot lid weld itself to your hand and bestow its negative two defence upon Pupuru. Enemies seem tailor-made to cause trouble: some will steal your items, others will hit you with status conditions and others will snipe you with attacks from off-screen. Just like the classic roguelikes, advancing through the dungeons is a stressful and arduous task – you’ll meet face-to-face with permadeath all too often, and you won’t be able to progress until you properly study up what the game is able to do to you. 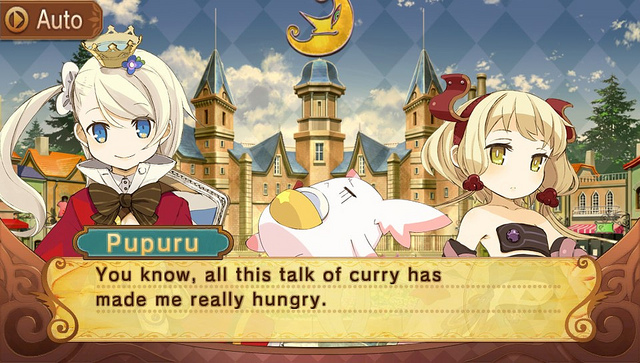 There are a few progression mechanics which thankfully ease the difficulty, but even those have a retro-styled cruelty attached to them. Grinding for levels is out of the question, since you’re reset to Level 1 on entering any dungeon, so the only thing that persists are items you keep if you escape without dying. You can craft weapons to become stronger, and you’ll be able to keep these weapons provided you leave by a safe means. Careful players can beat the RNG by picking up everything they come across and keeping their gear above the game’s power curve, but playing this way means you’ll need to tiptoe through the levels and repeat the early floors lots of times before you’re ready to brave the later ones. Each dungeon is bookended by a boss encounter, but I didn’t find these to stand out much from the crawl itself.

The game features a robust crafting system which can be done with various ingredients you find in the dungeons, allowing you to imbue your weapons with additional bonuses to your stats and gain other perks. This isn’t explained much in game and will require lots of experimentation before you’ll get a weapon that you’re truly satisfied with, and even then, it’s entirely possible to lose it thanks to an enemy’s ability or dying. Pupuru can also make curry dishes that offer a variety of small benefits. Sorcery Saga also has the generic potions, mysterious scrolls and food items to pad out your inventory, and since you’ll always be bursting with junk items, mastery of the crafting mechanic is key to success.

To anyone seasoned with the genre these might sound like par for the course, but every concession that Compile Heart makes for the more casual player seems to work against the game’s favour. It’s interesting to see Sorcery Saga as a milestone in the company’s history (just five years prior they released the infamously convoluted Record of Agarest War, aside which Sorcery Saga looks sleek and streamlined), but the game’s long dungeons and irksome enemies leans more towards stressful than fun. The player is given a painful choice between combing every inch to get the best loot or go in guns blazing to gamble with the RNG. Several additional mechanics and enemy behaviours aren’t explained well, so it’s an uphill battle to understand the best way to advance. 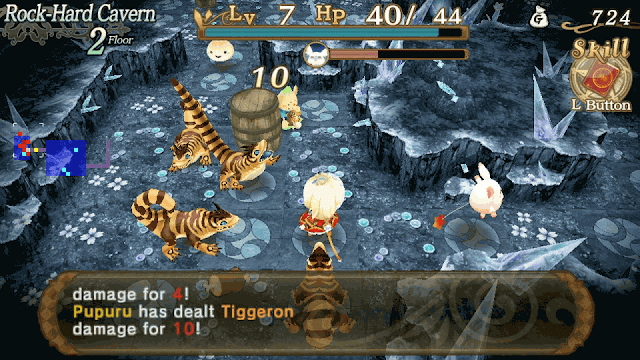 Sorcery Saga is a solid roguelike with a big heart, lots of content and a hefty challenge, but its repetitive gameplay and occasionally hostile design choices makes it a niche pick. This is a game which utterly infuriated me at times, either because I took a silly risk that lost me all hours of progress, or because it spawned a room full of monsters that I would never have been able to get past. Vita owners would do better to pick up the smarter and more mechanically rich Shiren the Wanderer, while PC owners have a wealth of other titles to try (including the original Rogue, for one). It’s hard to recommend Sorcery Saga unless the phrase “traditional roguelike” is a good thing in your books – for everyone not accustomed to the trappings of the genre, this game will require a lot of patience.