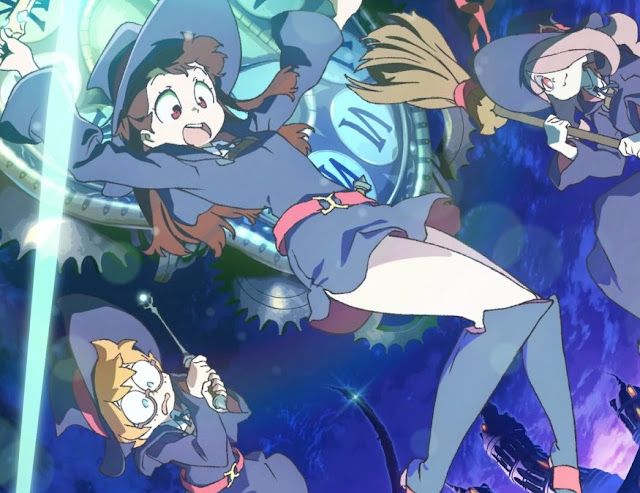 Little Witch Academia is a brilliant anime. It’s a total 180 aesthetic-wise from Studio Trigger’s previous fare, Kill la Kill, and it’s the epitome of harmless fun. Complete with wholesome high school clichés to rival the best of them, it plays out as if Sailor Moon took place at Japanese Hogwarts. Those things sound great conceptually, so it’s quite a shame that they appear completely lost in translation in video game format.

The story gets off to a bumpy start when it thrusts you into the shoes of Chamber of Time’s hapless protagonist – Akko. She’s about as useful as Luke was in Tales of Symphonia, which is to say, not at all. With her erstwhile friends, she’s bumbling through her semester at an academy for witches and wanting nothing more than for the holidays to begin. If you’re unfamiliar with the franchise, you get the option of watching a montage that gives you a little bit of background. However, that’s about where the fun stops, both for Akko and mechanically for the player.

Out of nowhere, you get thrown into a magical girl-flavoured re-run of Groundhog Day. The holidays are taken away from you and your friends, and you’re forced to figure out why or risk being stuck in school forever. If you’re thinking that everything sounds hunky-dory still, then you’d be right. Narratively, the game’s more than serviceable. But the real dampener is the fact that even moving around in the world is an unpleasant, unwieldy experience. 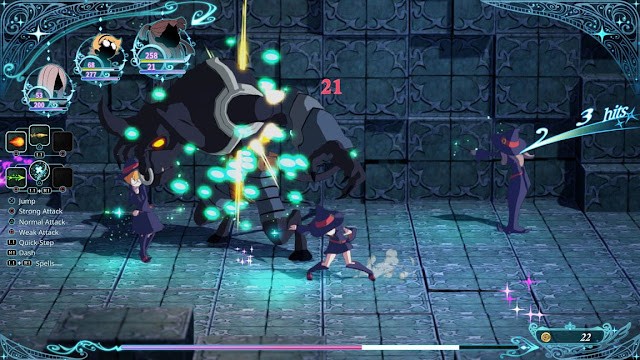 The core activities in the game can be split into two distinct types: wandering around your magical school in search of clues, and beating stuff up. Yup, you heard that right. When you’re not busy trying to play Nancy Drew, you’re shooting elemental beams at flying demons and brawny tigers, all in a side-scrolling environment. You can recruit a magical girl squad to help you out, and each of the girls has their own specialities when it comes to holding their own in a brawl. However, it’s hard to accurately gauge whether you’re actually any good at fighting because the true enemy in Little Witch Academia is your patience.

You may have other party members, but they may as well just be muppet clones. There’s no nuance to combat; no potential for combos, no special skills that require party coordination, and an incredible amount of visual lag. Moving around in the world makes you feel like you’re about two seconds behind the controller’s input, and this problem is exacerbated when you’re facing down things that want to beat you up. It’s especially tough when you consider that your witch sisters have no sense of direction whatsoever.

While the playable characters are adorable, that doesn’t make up for them being geographically challenged. I had my party members spam skills for no conceivable reason, walk into things that were obviously dangerous, and just flat out ignore me while I was valiantly trying to keep my backside alive. Fighting wasn’t mechanically difficult, but there was a sense of artificial difficulty created by the fact that having accurate reaction times was near impossible. On top of having to pray that your friends kept their stuff together, it made for a frustrating experience. 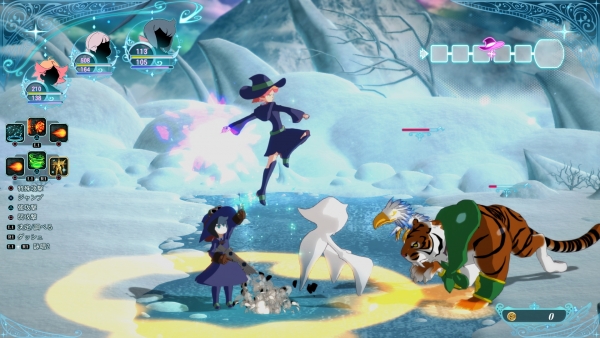 If you’re looking to the narrative for any sort of comedic relief, then it’s not all doom and gloom. Even if you’re a stranger to Little Witch Academia, its predictable story beats and laser-focus on the power of friendship are pleasant to swallow. The characters have great relationships with one another, and there’s a lot of effort put into building a believable school environment. You can eavesdrop on people’s conversations and they range from the mundane to the useful. You learn about your school’s paper and trail behind the lumbering guards that stalk the hallways, eager to see where each carpeted path leads.

However, that’s about all the magic that Chamber of Time has to offer. The environments are detailed and beautiful, replete with pops of colour. Unfortunately, navigating them through a haze of lag destroys your enjoyment quite quickly. Pathways are dotted with doors, and the slightest glance in their direction pops you into places that you don’t want to be. On top of that, the bosses are visually extraordinary but mechanically underwhelming. Everything just seems to take too long, especially since the Groundhog metaphor gets taken to extreme levels when you’re forced to relive previous side-scrolling fights in order to progress in certain sections. Little Witch Academia is brilliant as an anime, but this game has as much magic in it as a Squib’s pinky. Even hardcore fans of the series will struggle with this, and it’s a shame because it looks so bloody good.