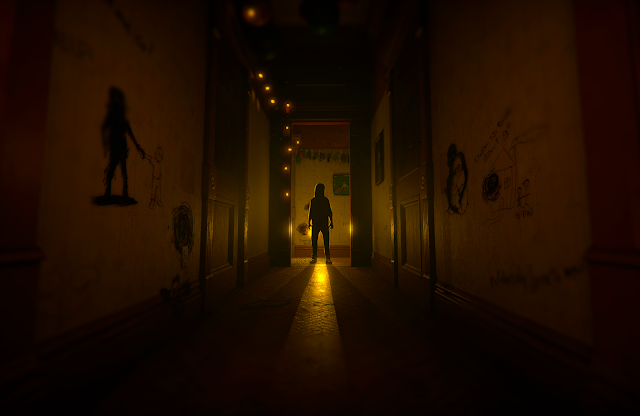 FMV (full motion video) video games may seem like something new, but they’ve actually be around since the 1980s. There’s no need for a full history lesson — that’s what Wikipedia is for — but in short several developers tried its hands at creating FMV titles, but for many reasons they never caught on. For one, holding that much video content for a game system (or even an arcade box) was extremely difficult until maybe the last decade or so when storage capacities skyrocketed. For the games that were made, visual problems and low production values were often reasons to run and hide. Of course, now all of that noise seems campy, and some titles are actually being re-released; other developers are focusing on new content. Enter Transference. Here is last year’s E3 announcement trailer:

Transference is a joint effort between Elijah Wood’s SpectreVision film production company and game developer/publisher Ubisoft. Primarily made for VR, the title is also able to be played on a traditional screen. Transference is a psychological thriller about a man’s destructive obsession; the player explores his digitally recreated memories. The setting is a dream-like home, a maze-like puzzle concealing the truth needs to be escaped. Through these digital memories, can the player actually influence the characters’ fate?

The game was slightly delayed — from spring 2018 to fall 2018 — and that means it made another appearance at E3 this year during the Ubisoft conference. This year, SpectreVision and Ubisoft really seem to be pushing that it looks like a movie but plays like a game — something obvious, yes, but the reminder still makes me quite happy. Here is the latest trailer:

The home contains the memories of a fractured family, and through gathering evidence of its history you can actually choose how to help them. The family patriarch, Raymond Hayes, is a troubled scientist but you can still shift between three different perspectives to include the memories of his family (wife Katherine and son Benjamin) as well. Each choice creates a ripple effect from that point forward.

The entire experience is first-person, of course, to lend to Transference’s VR capabilities. For the VR platforms — PS VR, Oculus Rift, HTC Vive — the game has customisable input. Using Oculus Touch or HTV Vive Controller, you can manipulate the world with your hands. Thankfully, the game is playable on traditional platforms as well: PC, PlayStation 4, and Xbox are all options to get your FMV fix when Transference is out this fall.