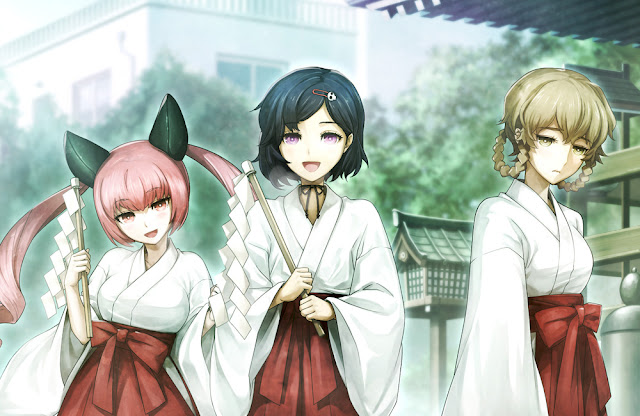 For some reason or another, I’ve never played Steins;Gate (I know, I know, I’m sorry). That makes reviewing Steins;Gate 0 tricky, because is very much a sequel that’s tied closely to its predecessor. The central plot is broadly self-contained, but all the little details and character interactions draw directly from the previous game, to the point that I kept plot summaries and character profiles at the ready for most of my time with the game. In short, don’t play Steins;Gate 0 unless you’ve already played Steins;Gate.

Related reading: for a perspective from someone who has played Steins;Gate, read Matt’s review of the PS4 version.

With that little disclaimer aside, Steins;Gate 0 is a very, very good game that I’d wholeheartedly encourage. In the best traditions of science fiction, it’s both a thoroughly entertaining “page turner” and an insightful look at the sorts of ethical and moral quandaries that gave scientific endeavours and our world at large.

(I need to spoil the first Steins;Gate a little bit from here on out, because there’s really know way to talk about even the outline of Steins;Gate 0 without doing so. Don’t read ahead if you don’t want to be spoiled!) 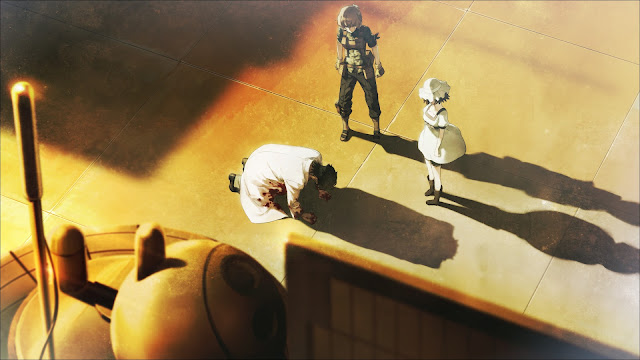 Set in 2010, Steins;Gate 0 takes place directly after be of the bad endings of Steins;Gate. Rintako Okabe’s messing around with time travel inadvertently got his love interest Kurisu killed, and despite repeated efforts to go back in time to save her, the result was always the same. Now, a dejected Okabe has given up on the time travel stuff entirely, returned to a time line where time machines haven’t been invented yet, and gone back to a regular life as a university student.

While attending a lecture during an international science conference, Okabe witnesses the unveiling of a remarkable new technology: Amadeus, an AI built upon the digitized memories of a real person, which is fully capable of learning, feeling emotions, lying, and acting independently. The people behind Amadeus were co-workers of Kurisu, and her research formed a major part of the groundwork for the project.

When Okabe reveals that he knew Kurisu, he’s invited to help test a new version of Amadeus–one with an AI built from Kurisu’s own memories, albeit from a time before she met Okabe. Just like that, Okabe’s lost love is back in his life, at least in some form. 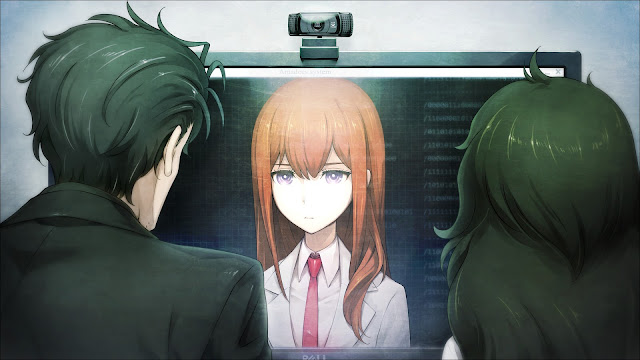 It’s here that Steins;Gate 0 turns its attention to the age-old question: where’s the line between an artificial intelligence and a human? That’s not a question with an easy answer–which is, in part, why it’s fascinated science fiction writers for as long as it has.

Steins;Gate 0 is particularly interested in exploring the ethics around using this sort of technology to, effectively, bring a dead person back to life. Okabe knows that the “Kurisu” he’s talking to isn’t the real one, but the AI is so advanced that it becomes increasingly difficult to separate the Amadeus Kurisu from the real person. In that sense, she’s been brought back to life, but is that ethical? What are the implications of it, particularly for a still-grieving Okabe?

At the same time, Steins;Gate 0 is still full of the heady time travel stuff that defines the first game. Despite his vow not to time leap anymore, Okabe’s key to helping prevent World War III from breaking out. In 2036, the world is caught in a global conflict due to a time machine arms race, which prompted someone called Suzuha (whom Okabe knows from the previous game) to travel back to 2010. To prevent the war, she needs Okabe’s help to prevent the development of time machines in the first place, and shift the world into a different timeline. 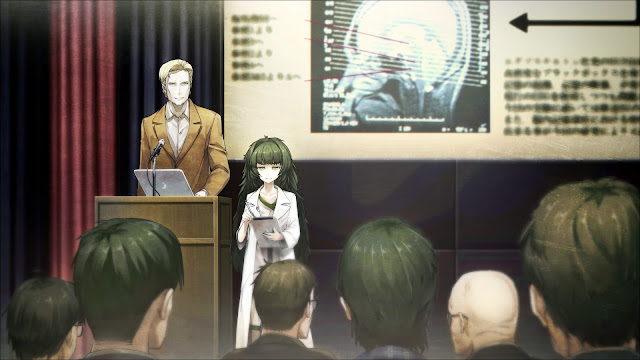 Given his own experiences with time travel, Okabe is reluctant to get involved, though he inevitably gets swept up in an increasingly complex web of time jumps and the consequences thereof. This is where Steins;Gate 0 leans most heavily on its predecessor, because a lot of what happens with Okabe, Suzuha, and their efforts to prevent the war build directly on the events of Steins;Gate. Even with the aid of various Steins;Gate wikis, I struggled to keep up with who’s who, what’s what, and how everything fits together—but that’s also, perhaps, a quirk of time travel stories in general.

If that all makes Steins;Gate 0 sound dark and serious, it’s because it is—more so than the previous game, or so I’m told. It covers a lot of dense, bleak subject matter, and delves into questions of technological morality that are scary in how pertinent they are. Time travel is a long way off, but AI that’s advanced enough to pass as human is on the horizon.

At the same time, the game is good at creating moments of levity, be it from the awkward crushes shared between characters or some delightful scenes with a group of cosplayers who are friends of Okabe. While most of the game is seen from Okabe’s depressed perspective, there are also scenes from the point of view of those around him, allowing for different tonal shifts and more lightness than the game would otherwise allow for. It’s a credit to the writers that they’re able to cover such a wide array of moods, and switch between them so seamlessly. 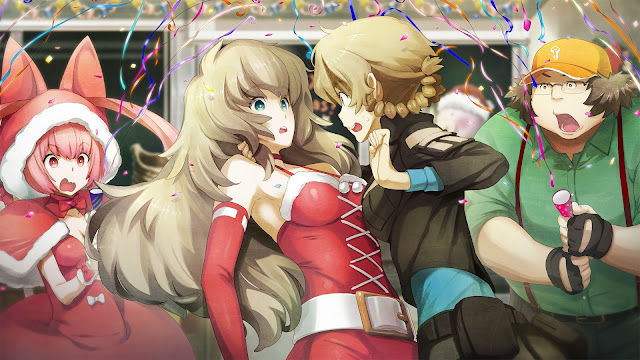 What that amounts to is a thoroughly enjoyable game, even if some parts of it went over my head due to not having played the first game. It’s not exactly the first science fiction game to bring up the humanity of AI, but its exploration of that is more thoughtful than most. At the same time, it’s an edge-of-your-seat thriller full of charming characters, brought to life with gorgeous portraits and artwork. So long as you’ve played Steins;Gate before it, Steins;Gate 0 is a game you don’t want to miss.

If you don’t eat these things while you’re in Japan, you’re missing out