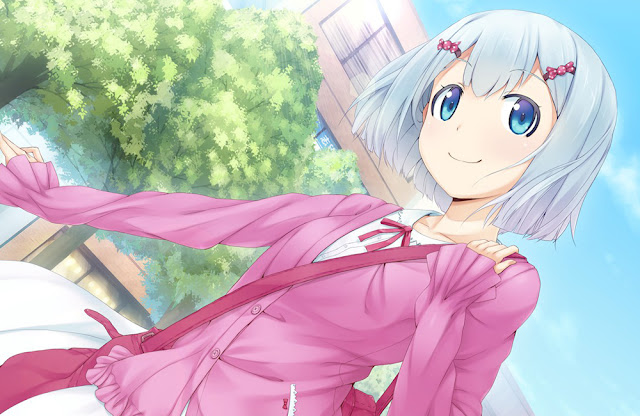 I’ve spent literal hours agonising how to approach this review, because Chuusotsu! 1st Graduation: Time After Time is a game that defies description. On one level, it’s a surreal comedy reminiscent of light novels and anime like FLCL, The Melancholy of Haruhi Suzumiya, and Eromanga Sensei (indeed, Eromanga seems like a significant inspiration for Chuusotsu). On another level, it’s an unsettling, tragic work of speculative fiction that looks at “examination hell”, Japan’s epidemic of work-related stress, and the dark side of a collectivist culture.

On still another level, it’s a bizarre philosophical adventure that questions the meaning of life, while name-dropping Roland Barthes during a conversation about the cultural importance of manga, and reimagining Sigmund Freud and Carl Jung as a young lesbian couple. On one hand, it’s a bright, almost childish story about a group of teenagers enjoying a carefree life, and in the other it has those same teens finding sex toys in a parents’ bedroom, and swearing enough to make HBO execs blush.

Even those colourful descriptions fail to do justice to what Chuusotsu really is. It’s a game that takes all those disparate ideas and influences and melds them into something uniquely compelling. As much as I love visual novels, I can’t generally play more than a couple of hours at a time (otherwise I get sleepy), but this is one I couldn’t put down. 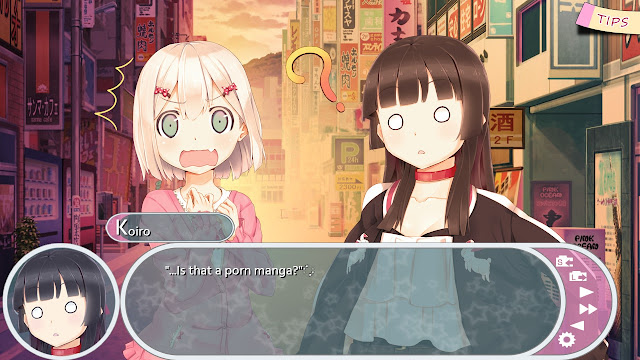 Set in an unspecified future, Chuusotsu imagines a world where every citizen has their life, education, and job planned out for them under something called the “P3 law”. At the end of middle school, you take part in the Compatibility Exam; pass, and you earn an Authorization Seal. This high-tech augmentation determines your entire future: what schools you’ll go to, whether you go to university, what job you wind up with, and even your rank within society—which is measured in what’s known as your Authorized Power. The Authorization Seal even has the power to boost skills that are relevant to your position and limit those that aren’t, further ensuring that every citizen is a perfect fit for the job that’s been selected for them.

The idea is that everyone will be perfectly matched to their ideal job based on their skills and aptitudes, and once that’s in place, you need never worry about job hunting ever again. At the same time, all of society’s needs are accounted for; from janitors to manga artists to academics to Government officials, the P3 law means that there are always people in place to make the wheels of a globalised society turn. A job for every person, every person perfectly matched to their job, and a perfectly functioning global community where skills shortages don’t exist and every contingency is accounted for.

The trade-off, though, is that free will is no more, at least as far as careers go. Whatever the result of your Compatibility Exam, that’s your job for life, whether you like it or not. Dreams and aspirations are a thing of the past; instead, every teenager’s sole focus is on doing as well as possible on the exam so that they can get a good result (and, therefore, a good job). Once you’ve passed the exam and obtained your Authorization Seal, all you can do is live the best life you can within those confines, safe and content in knowing you’re playing your assigned part in keeping the world running as smoothly as possible. 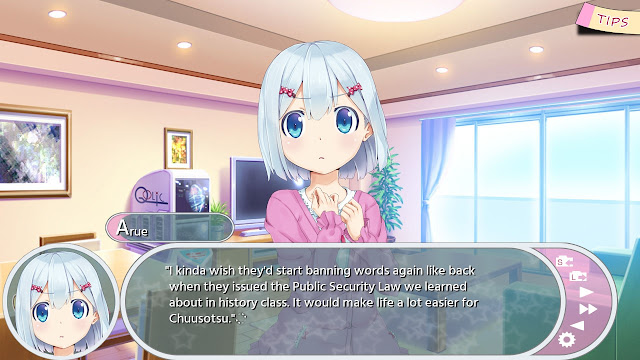 Should you fail the exam, you become “chuusotsu”—someone with no education beyond middle school. Chuusotsu have no Authorization Seal, and as such are unable to work, with an Authorized Power of just five, they’re on the lowest rungs of the social ladder. Their intelligence is suppressed to the point that struggle with even basic reading and math, and they tend to be easily distracted. They’re provided a small government stipend, but it’s hardly enough to live on. It’s possible to retake the Compatibility Exam, but the pass rate for doing so is just 1 percent.

Given their inability to contribute to society, chuusotsu are widely looked upon. There’s a growing movement of outward hostility towards them, with some claiming they should lose their benefits, and lose the option to re-sit the exam because they “brought this on themselves”. Some of the more extreme anti-chuusotsu people even want them sterilised or killed.

You don’t have to look far to see the parallels with real life. Japan’s “Juken jigoku” (literally, “exam hell”) is a well-documented issue, with competition to get into good universities, high schools, and even primary schools putting huge amounts of pressure on students when it comes to entrance examinations. 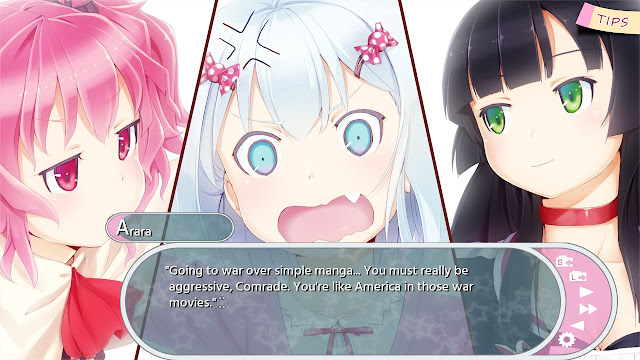 In Japan, there’s immense pressure to do well on high school entrance exams. The stress that comes with that is one of biggest contributors to the country’s obscenely high youth suicide rate. Even when things don’t reach that extreme, the obsessive cram studying that such an environment necessitates is unhealthy and unsustainable.

For many, those sorts of attitudes persist into adulthood. The phenomenon of “karōshi” (“overwork death”) is widespread in Japan’s business world, where stress-induced heart attacks, strokes, starvation, and suicide are not uncommon. There’s a complicated mixture of factors behind, but a lot of it comes down a culture of loyalty to the firm at any cost, where unhealthy work-life balance is implicitly and explicitly encouraged. It’s a collectivist ideology taken to dangerous extremes.

Chuusotsu, with it’s dystopian vision of the future, takes these phenomena to their logical end point. Everything rides on the Compatibility Exam and the Authorization Seal you get as a result. The only way your can influence your path on life is to cram, cram, cram for that test, and then whatever the job you get, whatever the expectations, you work it with a smile on your face because that’s your place in society. 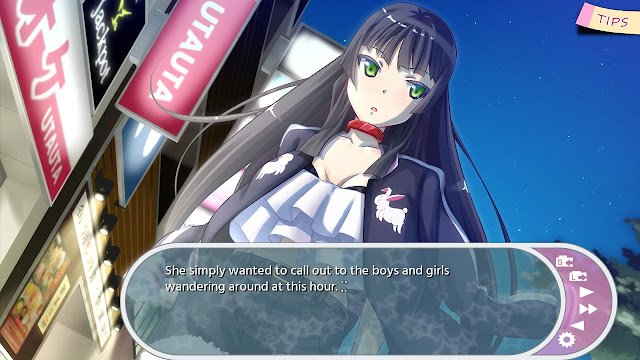 It’s against this backdrop that the game introduces us to Marisugawa Arue, an airheaded chuusotsu girl. She comes from a poor family—no father, and her mother’s Seal allows her to work only part time—and she dreams of becoming a well-paid government employee. Unfortunately, a lengthy hospitalisation and a tendency to get distracted by manga ruined her study efforts, and she ended up failing the Compatibility Exam.

Even so, she wants redeem herself and take care of her family. She decides that the only way to do that is by becoming a government worker after all, through the near-impossible task of passing a re-examination. That’s harder than ever now, though, because her chuusotsu status and reduced Authorized Power makes it almost impossible to concentrate on study. Any time she tries, she gets distracted by reading and drawing manga.

In a (misguided?) effort to change her study habits, Arue joins an odd chuusotsu-only room share in the city. Her roommates: Hachisuka Koiro, a taciturn former gang leader, and Fujisaka Arara, an eccentric girl who thinks herself a heroic witch destined to defeat the “Ruler of the World”. 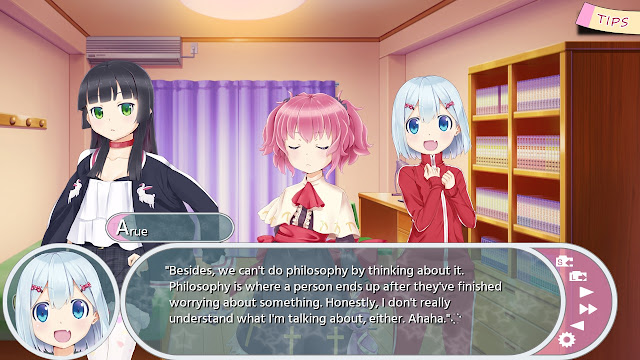 If that’s not enough of a recipe for antics, on their first day together, the girls learn that they only have a week in this room share unless they can answer a philosophical question: what makes a wonderful life? They have to plug their answer into a strange machine in their apartment before the week’s out, and not only that, their souls have to be perfectly synchronised when they do it—the machine will know, somehow, if they’re not.

With that, Chuusotsu sets off on its bizarre, hilarious adventure. The three girls try to figure out what makes a wonderful through all sorts of strange schemes that inevitably get derailed. Sometimes you just have to take a trip to MkDonald’s for some chicken nuggets, so that you might learn what “true” barbecue flavour tastes like. Sometimes, while helping your kid neighbour clean her apartment, you stumble upon “an excessively stimulating pair of black panties” with “a 20 centimeter, black, stick-like something in the middle” in her parents’ bedroom. 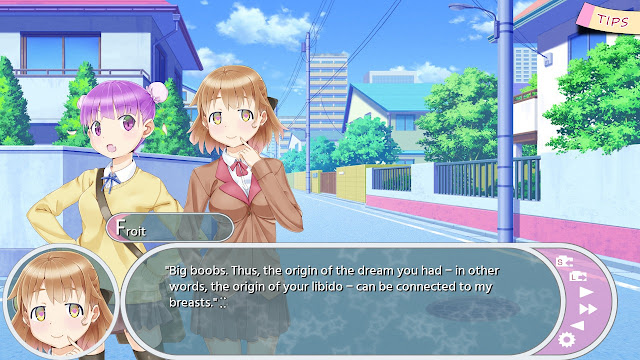 But even while all this is happening, there’s that far more serious backdrop to Chuusotsu, and it’s something the game comes back to repeatedly. Aside from their own chuusotsu troubles, the girls meet so many people whose lives are burdened under the weight of their Authorization Seals, from overworked, low-paid fast food managers to sex workers living in a world that both needs and despises them. For Arue, things get very grim when she starts obsessively reading an anti-chuusotsu message board full of increasingly hateful, violent comments.

The transition from irreverent humour to the bleak realities of this world is often jarring, and the game is all the more thought provoking for it. Instead of just drowning you in some depressing vision, Chuusotsu takes you on an almost disorienting journey of tonal shifts that never lets you nerves and emotions settle. The result is a story where all the punches hit that much harder, and where—oddly enough—the humour is that much funnier with the darkness waiting in the wings.

In some ways, the story goes to predictable places. As you’d expect, following one’s dreams becomes a major theme, but rather than the heavily individualistic bent you get in such stories from the West, Chuusotsu takes the refreshing angle of looking at work-life balance and personal goals as a collective, social good as much as an individual one. But even as predictable as it is in some ways, the game has plenty of set surprising twists and turns. 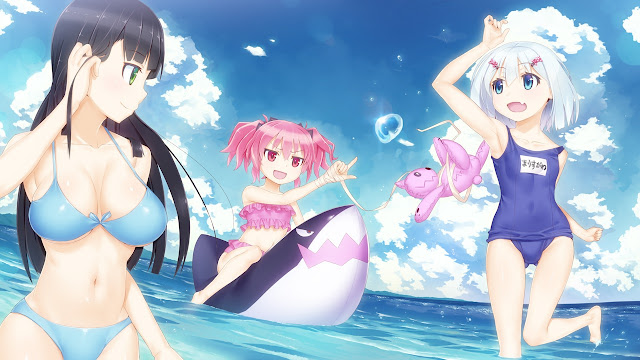 So you can see why Chuusotsu! 1st Graduation: Time After Time had me on the edge of my seat—it wasn’t just the novelty of hearing English swears transliterated in Japanese dialogue. This is a game with so much to say, and such a creative way of saying it, that I couldn’t put it down.