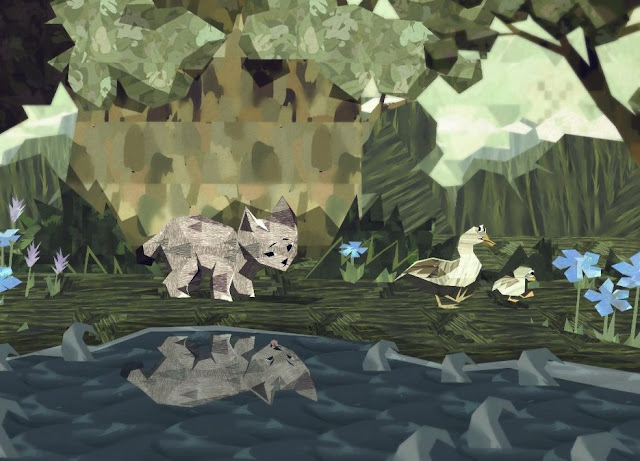 I’m not a parent, and a lot of the time stories that deal with that particular dynamic, between parents and their kids, pass me by. I just haven’t felt the emotional connection there, and because those stories generally rely heavily on exploring that exact emotional connection, I generally end up feeling quite cold about them.

But hey, if Kiryu can be a dad in the Yakuza, anything’s possible, so I went into Shelter Generations hoping that I would connect with it. A game about a mother lynx fighting for the survival of her cubs certainly sounds like something that should be emotionally compelling. And I’m glad to say that it is.

Shelter Generations – which is an enhanced port of Shelter 2 for the Nintendo Switch, with DLC and other bonuses thrown in, tasks you with taking control of the aforementioned mother lynx, hunting rabbits and other meals for her (initially) four cubs, and also trying to protect them from the many threats that are in the wild for tiny, defenceless offspring. Now, you might think that a lynx, being close to an apex predator, wouldn’t have as much to worry about out there in the wild. Well, will this game have some shocks for you, and that’s one of the game’s most effective messages. As humans, we’ve tamed the wilds, and one could (easily) argue that in doing so, we’ve lost our connection to it, or even our respect for it. Shelter Generation’s greatest trick is in forcing us to once again respect what is around us, and it’s a fundamentally environmentalist game because of that. 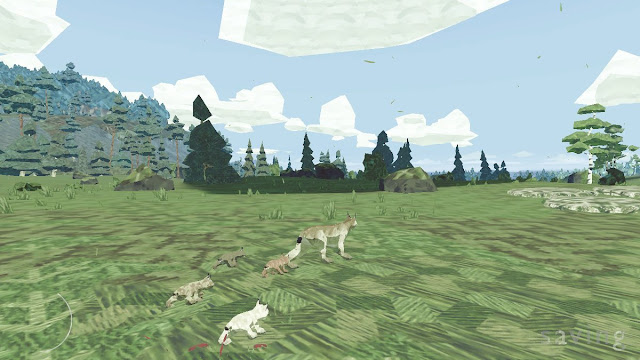 It is rather aimless, though. Or, at least, there’s not a great sense of objectives within the game beyond the broad challenge of trying to keep every cub alive. Furthermore, Shelter Generations does a generally poor job in actually directing you around the world. It’s open, but beyond some vaguely descriptive icons representing places you can visit, the game’s quite poor on sharing information. Of course, the game was almost certainly aiming to give players a sense of being lost and unsure of how and where to make your way around the world. The point of Shelter is to encourage you to let instinct take over, and the minimalist “gameplay” reflective of the idea that beyond survival, there really isn’t much of a point in the wild. What constitutes objectives in standard games are luxuries that humans have invented because survival is no longer our chief concern. But, unfortunately, those loops in Shelter Generations are limited enough that to a great number of people, the thematic strength will be chalked up as “confusing” or “repetitious.”

I feel that people will also find the gameplay overly simple. Every mechanic, from hunting, to what combat you can participate in, to other survival techniques, and paired right down to the point where the game doesn’t really feel the need to explain to you how it all works. You’re meant to experiment as you play along, which is fine except that the lives of your precious cubs are at stake. People might dismiss it on this basis, but again, if the gameplay was too complex mechanically, you would be spending more time on that, when really what the game wants you to focus on is the cubs, environment, and survival. Mechanics are just a wall between the emotional resonance the game wants to offer, and the player.

The game is also absolutely gorgeous, though again, in that artsy manner that tends to put people offside. The game is heavily inspired by the impressionist art movement (which is fitting, since impressionists loved painting landscapes). Impressionist style – preferencing free brush strokes (simulated, in the case of Shelter Generations) over stable lines and contours can look messy, and indeed this game pushed the art form in the medium to the point that it almost breaks. While it can make things difficult to see at times (though thankfully the ability to enter a “heat seeking” vision helps mitigate that), over time, that aesthetic effect pairs beautifully with the emotions that the game is looking to convey. The developers couldn’t create a realistically-moving lynx and cubs in a massive overworld filled with hyper-realistic flora and fauna. They didn’t have the budget of God of War. What they’ve done instead is create something abstract, distinctive, and eye catching, and then used that to good (and often very subtle) effect to really develop the personality and tone to the overall game. When I talk about how I wish games would eschew the fascination for realism for more abstract impact, Shelter Generations is very much the kind of alternative I have in mind. 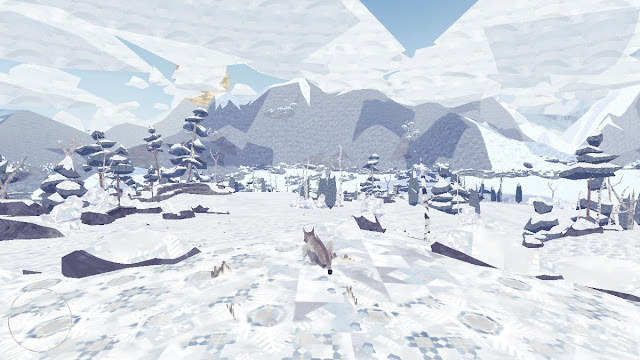 The game is filled with other small touches designed to play with the emotions and really make you care for the cubs. You can name them, for a start, and I’m telling you, turning around to find that a bird of prey has grabbed poor cub Chocobo and carried him off as he screeches in pain is a heart-wrenching moment. To the point where it teeters on the brink of being exploitative. There are moments where Shelter Generations can seem more cynical than earnest, and while that’s a fine line and very hard to define through specifics, there are moments which pop up at random where I do feel like it’s punching low. At other times, the game is remarkably effective at making you really want the cubs to survive. A simple example: If a cub lives long enough, you can control it as the next generation, and seeing that family tree unfold as you play is a cleverly humanising touch.

On a technical level, Shelter Generations surprised me in that, after reading reviews of Shelter 2, I went in expecting the game to go heywire on me with the bugs, but whether I got lucky or things have been improved for this version, to the point where I can’t recall anything substantial going wrong. Or, as a clever bonus for the art direction, anything that did go wrong was covered up be the aesthetic. I will also say that the production of Shelter Generations itself is quite lavish; in addition to the main game and its DLC pack, it’s got some delightful little visual novel-style side stories and both the main game and DLC soundtracks. This is, by a considerable margin, the most comprehensive effort we’ve seen of a Switch port to date.

Ultimately, Shelter Generations relies on your capacity to dig into its subtleties. On that overt level it’s an obtuse and obviously indie game, and it’s really quite demanding of the player; it asks them to figure their own way through the game, and it asks them to really commit to an emotional connection to these hopeless little cubs. Go into it in the right spirit, though, and with absolutely no words it tells one of the most powerful stories you’ll find on the Switch.