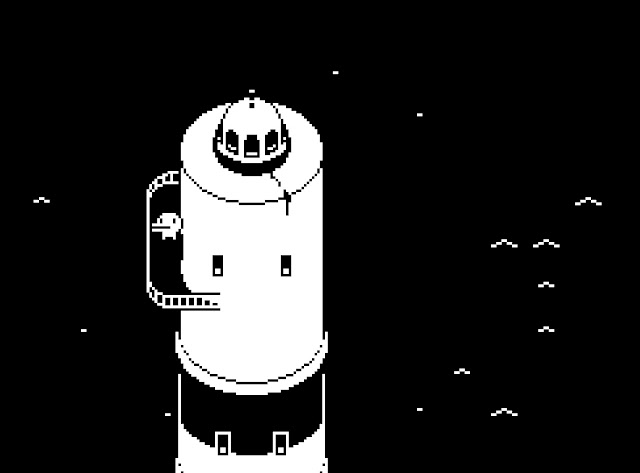 Normally games that have the main character die over and over again cause me some immense frustration. The sense or repetition can almost drive me up the wall. But then I played Minit. Never in my life did I think a game that makes dying over and over again a mechanic would bring me such pleasure.

Through my play through of Minit, I lost count of the amount of times my character died, but it had to be at least over 200 times. The twist on this however, is that I never died by an enemy hand or by any kind of punishing level design. I died due to the game’s overarching mechanic.

There is a curse that had been placed on the hero of the game. The curse causes the main character to die suddenly every sixty seconds. In this time, it’s up to the player to search the surroundings as much as possible in those sixty seconds in order to plan what to do in the next sixty seconds. It’s basically Groundhog Day, but with death and resurrection, and in sixty second bites. 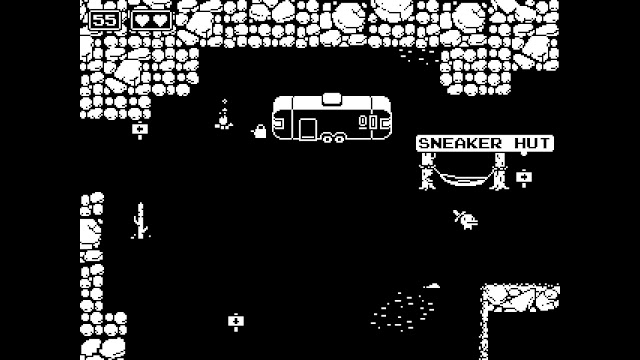 It is certainly a bold experiment, and it is up there among the games with unique structures that just works within the context of the world around it. For each sixty second period, I found myself going for areas I hadn’t explored yet, all while making mental notes of things I just didn’t have time to explore in that lifetime, so that I could go and explore it in my next life. At the end of every minute, your character wakes up back in his house. Every sixty seconds is a new adventure in itself, there are people to meet, snakes to kill and items to find, it’s surprisingly in-depth for a game based around sixty seconds. There’s a narrative to be found as the game moves on, and while I don’t want to spoil it out of fear of having the game lose its value, it’s worth paying attention to as much as you can.

At first, I thought that I wouldn’t have a lot to explore. How far can one go in a single minute? Soon enough, I found a caravan that had a bed in it, and because of this, the next time I died, I woke up in the caravan instead of my old house. I then had a one-minute long radius around the caravan to explore. It’s a neat way to expand on the game, and the game never bombarded me with tutorials, I was able to explore on my own and figure everything out myself.

Despite the constant resets, the main character is able to keep items found along the way. Items like coffee allow you to push blocks, while the flashlight allows you to look around in dungeons. Chopping down trees and moving blocks will only remain chopped and moved within that sixty-second-time frame, with the world resetting itself upon beginning the next life. In a very streamlined way, Minit plays out its progression like you would expect to find in a Zelda title. 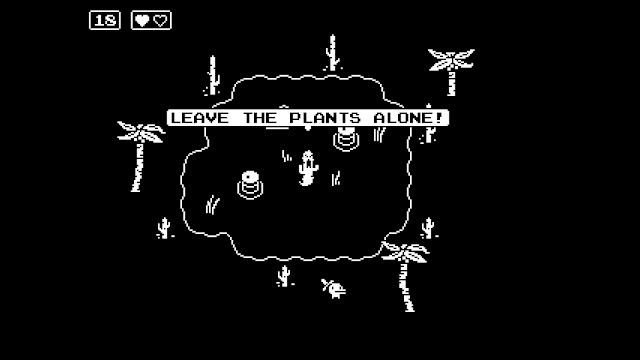 The world is presented in simple black and white. It’s high contrast, too – no gray tones in this one. It is reminiscent of some old Commodore 64 titles, with large pixels making up the characters and the world around them. Due to the nature of the pixel size, the characters in the game are in no way detailed, but they are incredibly charming in their own right. Black and white just works in this game, as there’s no time to stand around and appreciate the game world, so the simple nature of the overall experience adds to the main focus of the game, doing as much as possible within a minute.

The time limit presents yet another “problem”. Everything in the game comes with the added pressure of imminent death. A simple task like offering a citizen some water, then following him to his campsite to receive a reward is done with only seconds to spare. Finding your way through a tiny dungeon in order to get out of the other side and have a quick look at a new desert area is similarly tight for time. Often, I had to tell myself that I would be willing to waste my next life doing nothing just to explore and get a closer look at points of interest.

Every time I managed to get close enough in time to accomplish something, it felt like a great achievement. It is clear that a lot of love went into the game to ensure most accomplishments are made with less than ten seconds to go. Considering the top-down view nature of the game, I can appreciate how difficult it would be to make sure the timing of the game was spot-on. There is a lot to accomplish in the game and for every single one to feel like a huge deal is truly special. 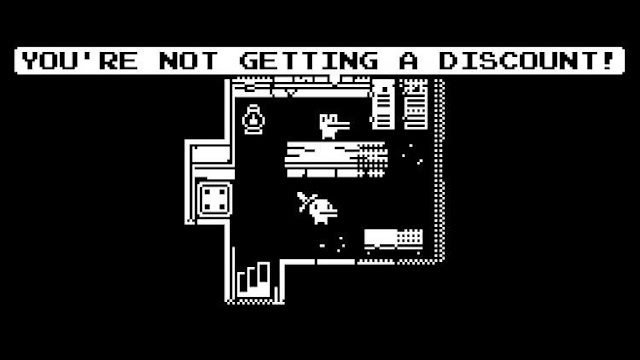 Minit is a truly special game from Devolver Digital. One of those rare games that executes a new idea in a truly special way. Every sixty second period was a brand-new adventure filled with a sense of wonder. Every puzzle solved, every item gained, every new area found was a huge achievement. Minit itself is a huge achievement, something that comes across as so basic but manages to hide many intricate details including a narrative that is discovered as the game progresses.

On the brilliance of the new wave of surrealist, avant-garde, “anti-game arthouse” game experiences

Can we please get a localisation of this horror visual novel?