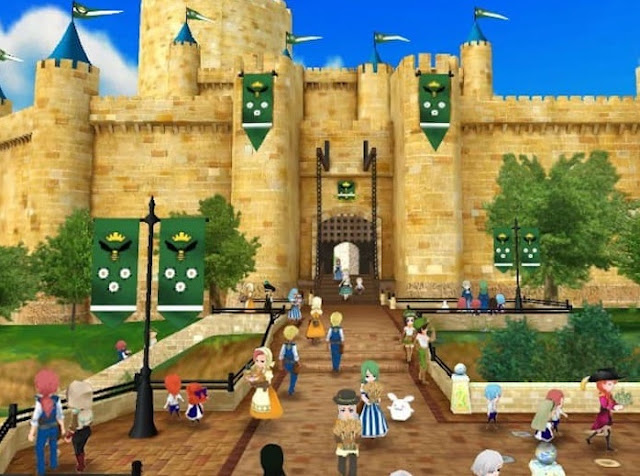 When I sit back and think on the “life sim” genre – be it The Sims, Animal Kingdom, Fantasy Life, Harvest Moon or others, I always find myself musing over why people play these games. Why would anyone want to play a game about the more mundane elements in life? Why would you want to simulate the day-to-day life of a farmer, or make sure your character gets to work in time that they don’t get fired? Video games as a medium provide some of the most spectacular opportunities to get right out of the real world, so why would you want to play a game that drags you right back to the realities of life?

I can answer that, of course, because the idea of living a life that isn’t your own is in itself a worthy experience. Life sims are for the empathetic, and for those that enjoy emergent storytelling; people who like having complete control over every facet of their character’s existence because it gives them an outlet to construct stories as they play. I am one of the biggest fans of the genre out there, so when WorldNeverland popped up on the Nintendo Switch eShop promising a somewhat more realistic take on Fantasy Life (i.e. life sim plus fantasy adventure elements), I instantly hit the “buy” button.

What I didn’t realise at the time was that WorldNeverland on Nintendo Switch is one very expensive game for something that is free-to-play on mobile platforms. Yes, WorldNeverland is a console remaster of a mobile game, and while I don’t have an objection in paying a premium to have mobile games on my Nintendo Switch that aren’t hampered by microtransactions or gatcha drops (see: Voez and Deemo), this one is priced significantly more than those other mobile port games. It does get rid of whatever free-to-play junk was part of the mobile experience (aside from some completely optional DLC costumes), but the reason that I discovered the game was on mobile is proof-positive that WorldNeverland’s premium edition can’t shake the impression that it is a mobile game. Going into WorldNeverland mostly blind, about an hour after I started playing I found myself reaching for my phone just to check and see if a hunch was correct, and it was indeed – there the game was, in all its free-to-play glory 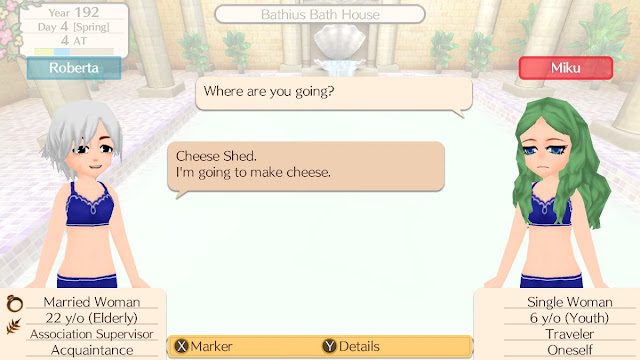 So if you are intrigued by WorldNeverland, then you do need to be aware that the game features all the hallmarks of the mobile experience. The endless grinds and the endless piles of virtual junk that you pick up – stuff that normally would cost real money and premium in-game currency – is all present and accounted for. Though there are dungeons to explore and enemies to fight, these combat systems and exploration are simplified right back to their most fundamental. Though you’ve got a big world to explore and “live in”, you’ll quickly find that if you’re not accepting an unending stream of quests and simply fast travelling back and forth, you’ll not really be doing much else. WorldNeverland is structured around busywork; keeping you playing by throwing more things at you to do, and while the sheer amount of content that’s in the game is incredible, it does all come at the expense of world building and the more basic idea that in a life sim you should be free to do as you please. This is one genre that the mobile format has not been good to.

It also feels like a really early-era MMO at times, which you’ll either love or hate, but either way you’ll certainly feel something about. The world is simply filled with NPCs, all of which you can interact with in full. That’s the good, but when you visit a hotspot of NPC activity, such as the markets, you’ll often find you can’t actually move through the crowd, as dozens of people get in your way. Crowds eventually disperse, but when the screen is filled with icons with their names above their heads, coupled with the difficulty that it brings in interacting with one particular person or thing when you’re surrounded with them, the chaos is ugly on the eyes and hurts the game’s basic functionality. As someone who used to play early era Runescape and the like, I actually find this ugliness nostalgic, and so got along with it well enough, but younger players who don’t have fond memories of bad interface design will probably not be as charmed by its quaintness.

Aside from the horrible interface, the game itself looks quite lovely, again  in its similarity to older MMOs. Environments are clean and attractive, and character models are blocky, but cute. The music that’s looped in the background is limited in range, but further helps to set the scene. There’s a very generic European-ness about the environments, offset by Japanese-ness to the character and enemy designs, which is so thoroughly common for Japanese fantasy games that there’s a warm familiarity about the experience. Or, to put it simply; WorldNeverland is very pleasant without being inventive. 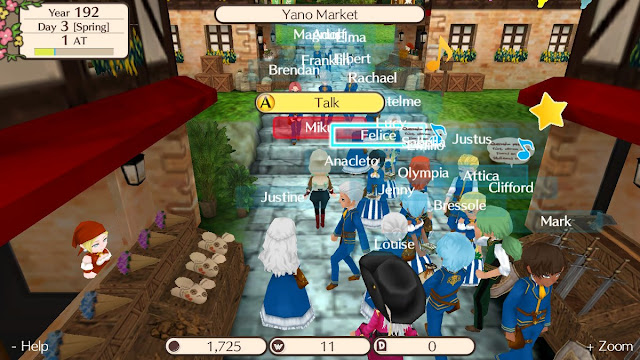 There is a lot to do in WorldNeverland. As I mentioned above, there is an incessant push to go “questing,” with these quests asking that you to go fishing, raise money, delve into dungeons, track down items and so on and so forth. The busywork means that you’ll always have something going on, and the developers have done a good job in making sure these activities remain varied throughout. Between quests the simple relationship systems have you seeing out specific people to frequently chat with them, and the range of areas to visit is impressive indeed – well beyond what you get to do in a standard Animal Crossing or Sims game. What I really liked was the procedural nature of the AI – the same design elements that mean you can accidentally get stuck in a swarm of people is the reason that you’ll never find your friend or lover in the same place twice, and this provides an excellent excuse to have to visit every area within the world.

There’s a relaxed pace, too, and plenty of festival days in the in-game calendar that give you a break whenever the questing starts to feel slightly mundane. The mobile roots might mean that it might not resonate as strongly emotionally, or be as immersive, as some other life sim titles out there, but the relaxed pace makes this a good game to play an hour before going to sleep. Even compared with Animal Crossing, where you need to actively figure out what you want to do next as you play, with WorldNeverland, you can simply go through the motions of collecting and completing quests, which is as relaxing on the brain as games come.

It’s by no means memorable, but WorldNeverland is enjoyable enough as a life sim. The grindy nature of the game’s systems seem to be a consequence of its mobile roots, but if you play this as intended, for short bursts of a time, that grind won’t wear you down. Do that, and you’ll probably find yourself playing this on high rotation for longer than you might expect to on initial impressions.

There’s a whole lot of Utawarerumono on the way