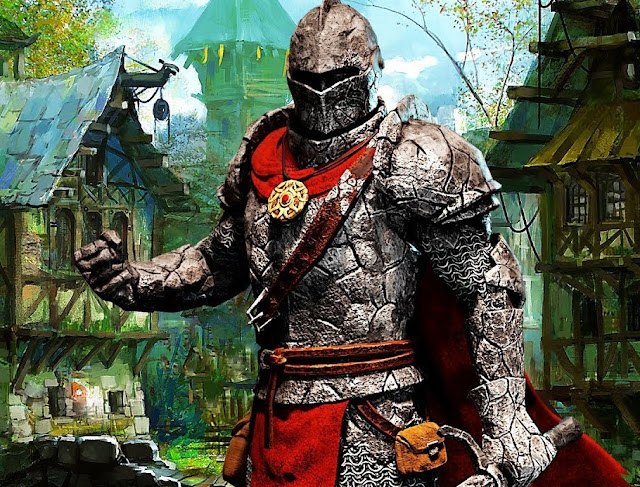 Some people have a particular masochistic love of inflicting pain on themselves by playing games that are brutally difficult. This is fine – great even! There’s an immense sense of satisfaction that comes with knocking over a difficult game, and there’s a definite market there for developers can do brisk business in catering to.

But there are also different kinds of difficulty; there’s the fair kinds, like what we see in the likes of Dark Souls or Nioh, where you could conceivably complete the game without failing even once because the difficulty comes from intricate, carefully considered design, and those players that approach the challenges carefully and with appropriate respect are given every opportunity to overcome those games without feeling unduly stressed.

And then there’s the difficulty of games like Castle of Heart, where arbitrary and poorly projected gameplay elements mean that it’s impossible to avoid failing over, and over again, and it’s only through a very lengthy process of rote memorisation that you’ll be able to get through the game. Arbitrary enemy and trap placement, and the need to perfectly time jumps and attacks, coupled with the frequent inability to actually see the threat until it’s too late, makes this a game of muscle memory and sheer persistence. And while there’s a market for that kind of thing too – just consider how popular Ghosts ‘n Goblins has been over the years – sadly, Castle of Heart just isn’t worth the effort. 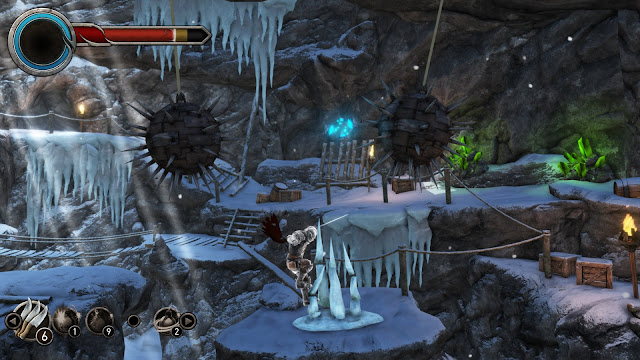 For one thing, the game is so eager to define itself by its difficulty that it has so little personality outside of it. You play as a knight who embarks on a quest to save his beloved from an evil sorcerer (because the maiden in distress trope isn’t beyond a bad joke by now), and then spends the rest of his adventure traipsing through one blandly gothic Europe or dark fantasy environment after the next. There’s a nice level of detail in environments, to be sure. On a technical level, Castle of Heart does a genuinely good job. But there’s also a real lack of imagination; it’s as though the developers loved Castlevania or Dark Souls so much that they thought that simply trying to copy those aesthetics would be sufficient.

But generic environments can possibly be forgiven in an otherwise great game. Where Castle of Heart is concerned, though, it’s the level design that becomes really aggravating. I should have known that I would come to actively dislike this game when just the second stage threw me into a “sliding down rooftops” auto-‘run’ sequence which gave me no time to dodge obstacles or deal with enemies unless I already knew what was coming up. I had to repeat that stage over, and over, and over again, with poor checkpointing, treading over the same ground I’d memorised, before getting a tiny bit further each time. Coupled with a control system that’s just too clunky and imprecise for the kind of precision that the game wants to demand off the players, Castle of Heart simply ramps up in frustration as it demands more and more from the players.

That it puts a strict timer on players is the final straw. Conceptually, your knight-man is meant to be under a curse, meaning that his health continues to drain, and he needs to pick up glowing orb things frequently as he journeys on to restore his health and keep him on track in his quest. In practice this feels less of a thematic feature and more an arbitrary way to ratchet up the difficulty even further by forcing players to keep moving forward as fast as they can. The same health meter also drains with every obstacle and enemy that gets a hit in, so you’ll often find yourself stuck between a rock and a hard place in that if you press forwards you’ll find enemy attacks harder to avoid, meaning you’ll take more damage, and need to get to those health orbs all the faster. 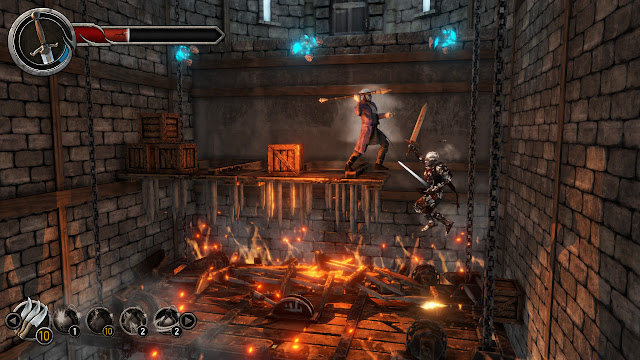 It’s a system that’s critical to the gameplay, but does nothing to enhance it. Without a meaningful context that’s driving the Castle of Heart forward, the artificiality of the mechanic makes it extraneous and indulgent; the game’s already difficult enough, layering it with a glorified countdown timer is simply a recipe for frustration.

There’s no real reward or payoff for getting good at the game. No sense of satisfaction that you’ve succeeded at something because, unlike Dark Souls, the world isn’t nearly immersive enough to make exploration an incentive. There’s no lore and that makes everything in the world appear shallow. Some might argue that the game is instead aiming to emulate the older platformers of yesteryear, but it doesn’t really work as a retro-style game either; unlike something like Ghosts ‘n Goblins, there’s no personality in the sprites, and no charm to diffuse any frustration from the difficulty. You’re just a clumsy man in a suit of armour and we’re meant to care about his plight on nothing more than that basis, as well as the plight of a woman who’s given no personality nor voice, but she’s “yours” and therefore rescuing her is meant to be motivation enough. It’s an immensely thin premise to give to people and then ask them to care.

But I didn’t care. And I suspect most other people will be in the same boat. Castle of Heart simply has nothing of substance to offer. It’s a ridiculously difficult game without the reward. It’s a dime-a-dozen aesthetic presented with technical proficiently but with no inspiration. It’s the wrong kind of indie game in that it’s utterly beholden to existing templates, but lacking the understanding of what really made those games great. And it fails to demonstrate any inquisitive or creative spirit, which is what makes indie games innovative, vibrant and, ultimately, worth playing.