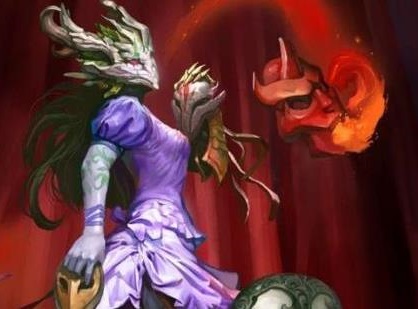 Hex: Card Clash has landed on PlayStation 4 in Europe/ Australia, and it’s a collectible card game that doesn’t even hide the fact that it’s a clone of Magic: The Gathering.

Not that I’m complaining, since I’ve been playing Magic: The Gathering for decades now. And since Magic isn’t really on the PlayStation 4, I’ll take this clone… especially since the card effects and the like make it look like a reasonably complex game. And there seems to be a healthy community being built around it; prize money competitions and all.

This video shows you a match against an AI opponent; if you’ve never played Magic before, never fear! This game does a remarkable job of walking you through it.


This is a free-to-play game, as all collectible card games are, but of course there are microtransactions to get randomised packs of cards to add to your deck. Most people who are into CCGs are used to this and don’t mind paying it, and from what I’ve seen so far, the monetisation model seems reasonable enough.

We won’t be running a review of the game – it’s a free-to-play, so there isn’t much point there, but it’s well worth giving a whirl if you get a chance!

The Nintendo Switch is getting its first pretty ladies visual novel