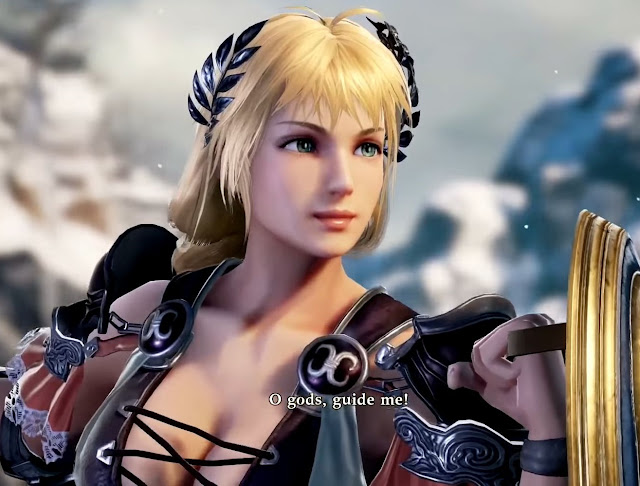 I had a chance to mosey on over to Bandai Namco and test out two of its upcoming games; Ni No Kuni 2 (due next month) and Soulcalibur VI (due eventually). In short: boy is Namco in for a good year this year.

I haven’t played a Soul Calibur game in a few years now, so I admit I was a little apprehensive about stepping back into it and looking like a fool in front of the Namco people. But, all those many years of playing Soulcalibur 2 on Gamecube and the arcade put me in good stead, and I was having a hell of a time with it immediately.

Of course there are major changes for the game compared to what I remember from back in the day. I won’t pretend to say that I understood all the fireworks that the game displayed, but I was certainly left with the impression that there was a lot of complexity to this game’s fighting system. For example, there was a special attack in which the two characters would lay into one another in slow motion. I didn’t understand why or how to take advantage of that, but the AI certainly showed me what could be done (by slicing off huge chunks of my health) and it was a visual treat. Apologies to series veterans if that’s been around in the series for a while, but again, I haven’t played a new Soulcalibur game for many years, and it was new to me. 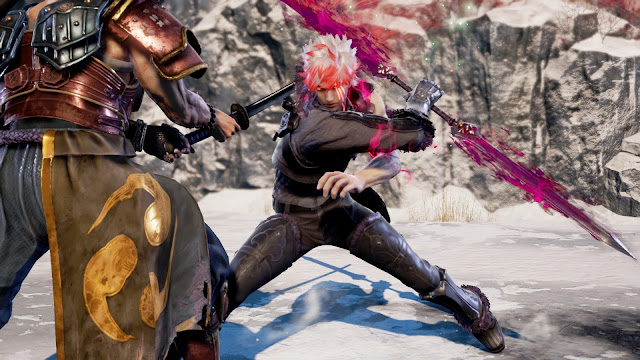 There was plenty that was familiar, though. Moves that have been around with favourite characters for many years, be that Sophitia’s shield bashing or Kilik’s irritating poking combo that remains an incredibly effective way to keep the enemy at a distance. The combat system remains fluid and highly responsive, and relatively easy to pull off cool moves. Everything I liked about Soulcalibur from back in the day, really, and it was great to see this game balance the tradition and heritage of the series with its new sparkly stuff.

But what really blew me away was seeing the game in motion on the big screen, right in front of me. This is the best-looking fighting game I’ve played. I’m not a big fan of the Street Fighter aesthetic, Tekken has always looked on the uncanny valley side of wooden to me, and Dead or Alive 5 is an older game now, and HD update on PS4 or no, is showing its age.

That leaves Soulcalibur VI to really take pole position as the most attractive game. Both the men and women in this game (of the eight or so I got to test) are just beautiful. I know Soul Calibur has been trending towards the super fanservicey in recent editions with impossible proportions on characters like Ivy and Taki, but I wasn’t able to see them in this demo. Xianghua and Sophitia are more natural body shapes, and, as I said, they look beautiful.

The fanservice is there though, in spades. Take Xianghua, for example. In addition to having the most amazing legs, I always recall Xianghua wearing shorts or pants in previous Soulcalibur games. For some reason she’s swapped to a mini-dress that you wouldn’t try and walk around in. Sophitia’s costume hasn’t changed, but she’s always been right at the edge of realistically well endowed, and there are now costume breaks, allowing the fanservice to slowly ramp up as a battle progresses. I did laugh the first time it happened though, and Sophitia lost her shoes. It’s like they’re playing strip poker, but instead of poker they were whacking one another over the head.

As far as fan service goes though, Soulcalibur is far better balanced between the genders. By that I mean the guys are gorgeous too. Kilik has abs that go on for days, and Mitsurugi is every samurai fantasy you may have had realised in digital flesh. It’s clear the developers wanted to deliver a sexy game here, and unlike, say, Dead or Alive, where the sexy is only with the women and the men are almost entirely comic relief, this game wants it sexy across the board. We still don’t know what the final roster will look like, but bring on Talim and her harem costume and shirtless Maxi. That hunk.

I was only able to test one stage (which was also gorgeous), and that tiny handful of characters (and I really was disappointed that Talim wasn’t one of them). Despite the limitations of the demo, if the full game plays is of the standard of the demo along, let alone after months more development time, it’s going to be absolutely essential, and really cement 2018 as the year of the fighting game.

Going hands on with Ni No Kuni 2: Revenant Kingdom

Slice, Dice & Rice shows brilliant use of music and rhythm