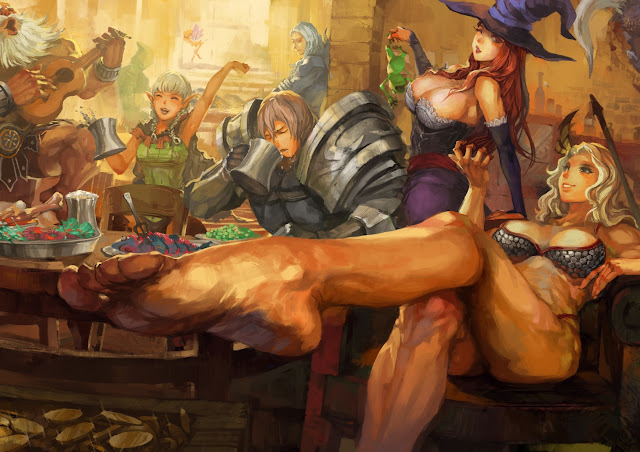 Dragon’s Crown was a glorious throwback to the brawlers of yesteryear, with the most stunning art design you could hope for. It was a real highlight on the PlayStation 3, and the PS4 “remaster” is looking even better.

Knowing that a major part of this game’s experience is the multiplayer, Atlus has released a trailer showing how the co-op brawling will work. Full release below:

The adventure of Dragon’s Crown Pro is not one that should be conquered alone. Demons, dragons, and wizards all stand in your way to victory, but you don’t have to face these perils by yourself thanks to Dragon’s Crown Pro’s four-player co-op!

The best part: the co-op can be any combination of local couch co-op and online multiplayer. Whether it’s three people on the old, crumb-dusted sofa teamed up with one player online or vice versa, you can all work together to defeat the minions and bosses littering the Kingdom of Hydeland. Protect your teammates while escaping from danger, and cook lavish meals to help increase your stats! Get a sneak preview of the multiplayer co-op in action in our latest trailer.

The kind of multiplayer flexibility that is being described here is a major benefit to the game; for those that find it difficult to get a full group together locally, it’ll be possible to pull in friends online as well, so you can experience the game it was meant to be played – in glorious four player – as easily as possible.

The game releases in spring 2018 – that’s autumn for us southern hemisphere folk.