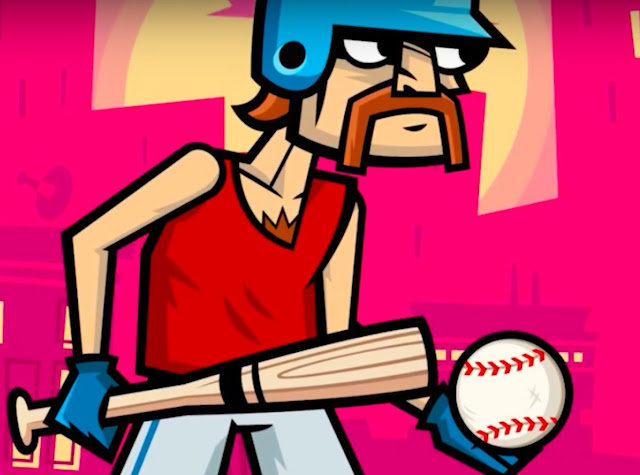 As an American, I’m pretty much obligated to love a few things: guns, systemic oppression, apple pie, and baseball. Sadly, my patriotism has limits as I’m not much of a pie person, but I do love me some baseball. I’ve been to dozens of games in my life, so I thought I was ready for Baseball Riot, which is the latest game that developer 10tons has ported to Nintendo Switch.

Related reading: For a second take on the game here’s our review of the Xbox version.

However, instead of watching players run around a diamond, I found myself playing an Angry Birds-esque title. One that had me throwing bouncy baseballs to take out angry fans, corrupt athletes, and even some evil baddies that were clearly up to no good. I’m all for senseless violence, and I’ve found plenty of fun with other more casual experiences in the past, so things were going rather smoothly early on.

If you’ve played one of the developer’s other games, Tennis in the Face, then you basically know what to expect here. Players have to wipe out all of the on-screen enemies within a limited number of pitches. To complicate matters, there are also stars scattered around that players have to collect before the level ends if they want to actually progress through the game. It’s a simple formula, and one that’s more about intelligent pitch selection rather than the physic-based mayhem that makes Angry Birds (and 10tons’ own King Oddball) really stand out. 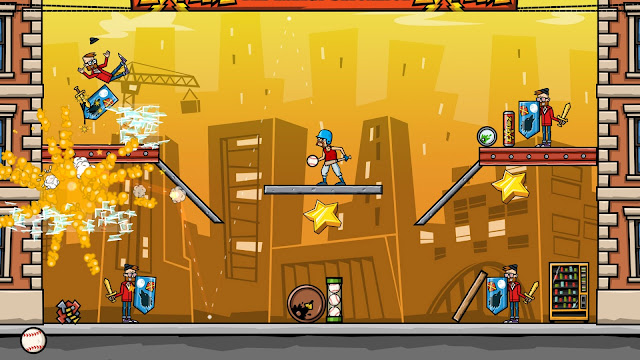 While Baseball Riot certainly doesn’t bring much new to the genre, the game has a nice look to it that really pops on the Nintendo Switch’s screen. Due to the casual nature, it’s definitely better suited to handheld play than spending hours playing it on the big screen, and there are even optional touch controls, which makes sense considering the game’s iOS roots. It’s very much one of those games you’ll want to spend 10 minutes with here and there, beat a few levels, and then move on to doing something more worthwhile. So, at its best it’s akin to junk food that provides empty calories, and fills a temporary need.

At its worst, however, it’s a monotonous grind that will make you wonder why you’re playing it at all. While there’s not much that is captivating about Baseball Riot, the real problems arise when you start progressing through its 100+ levels and realise how staunch the star requirement is to move on. Finishing each level isn’t enough, as players also have to make sure they collect enough stars in each world before they can continue the game. There is little room for error, and 100% completion is more of a requirement than a cool extra for those that really like the game.

Having to replay the same level repeatedly in a quest to gain all three stars is maddening. One can only watch the baseballs bounce off the same exact objects and fail to collect a star so many times before they start questioning whether or not they’re subjecting themselves to insanity by hitting the retry button. It didn’t take long for me to realise that I there was zero enjoyment even when I was successful, and that I was just painstakingly bored while playing. 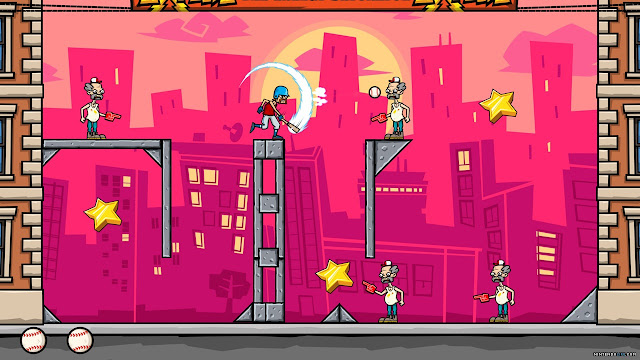 There’s no fun to be had in Baseball Riot, just monotony. While it does throw some differently enemy types into the mix (such as foes you have to hit from behind), they never fundamentally change how the game is played. You’re still throwing meaningless pitches until you give up on it. So, I guess the game has more in common with actual baseball than I initially thought.

The Australian government has given the games industry the middle finger. AGAIN