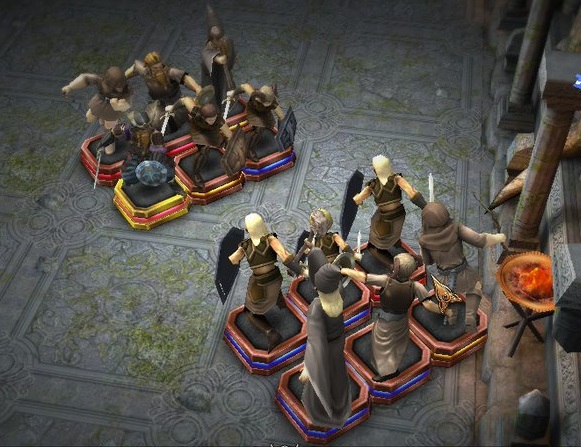 I can’t stop thinking about Wizrogue – Labyrinth of Wizardry. It might just be my favourite roguelike this side of Chocobo’s Mystery Dungeon, and that means it’s a game I’ve been itching for many years now.

I was given $20 in Steam credit for Christmas. Given that that’s about the only way you can convince me to spend money on Steam, it gave me an opportunity to go through and pick up some Steam-only games that I just wouldn’t have played otherwise. One of those games was Wizrogue. This Taito-developed game was one that I didn’t even know existed, but as I am a big fan of both roguelikes and Wizardry, I bought it immediately without doing any further research on it. A risk, sure, but it wasn’t really my money I was using on it, and shopping through Steam was giving me a headache. Luckily, the game has turned out to be absolutely brilliant. Why this isn’t on consoles yet is beyond me.

Wizrogue is really soft on the Wizardry, but really heavy on the roguelike. You build a party of six characters from various traditional Wizardry classes, and then arrange them in two rows of three. Obviously warriors and samurai go in the front, and rogues and wizards in the back. Those are the Wizardry elements. 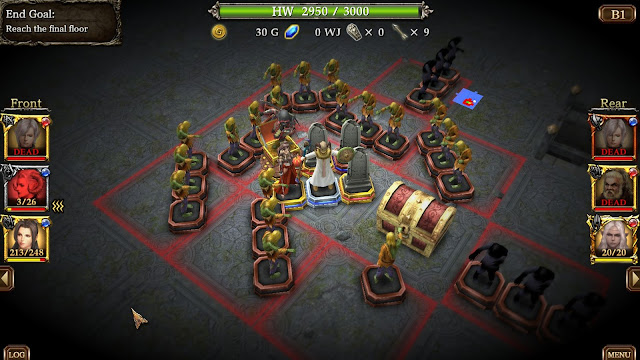 Immediately on entering the first dungeon, though, the game is far more appealing than your Wizardry adventure. In Wizardry the game plays out in first person, so you never get to see your characters in action. In Wizrogue, your characters are represented as board game playing pieces, which immediately gives the game the most wonderful tabletop Dungeons & Dragons-like aesthetic.

Those “playing pieces” are collectible too. As you play you earn some in-game currency that can be used to roll some dice, with the result deciding which random piece you end up with. There are of course common, uncommon and rare pieces, and while this does introduce some free-to-play gatcha mechanics to the game, thus far I’ve not felt the need to spend real money on the game beyond its purchase price (and I’m not even sure there is a premium currency in this one), and I’ve ended up with some pretty nifty figures indeed. In the dungeons (or on the board, if you will), these pieces are all static, but the dynamic poses that they’ve been modelled after make each new discovery a genuine joy.

Once you start playing, the game runs as a standard roguelike. Randomised dungeon layouts, randomised loot, and a sharp difficulty curve – the works. There’s a couple of clever spins on the formula though. Permadeath wouldn’t work with the party-based setup that this game has, so instead the punishment for each “death” of a character, beyond the expensive cost of restoring them to life, is that they age. The more they age, the more they struggle to develop and eventually you’ll need to replace them with “younger” piece. Looking past the ageism here for a moment, it’s an effective mechanic in punishing players for letting their characters get knocked out, and a good way of keeping those tough dungeon delves intense and tense. 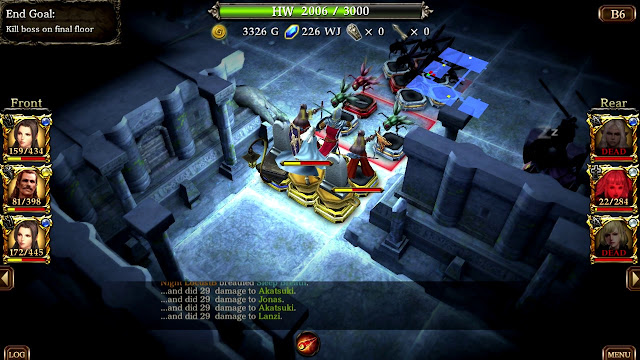 Dungeons are designed to be relatively short in length, so it’s easy to play this one for short bursts of time here and there. There’s not a huge amount of depth to the equipment system, and your characters develop automatically – your ability to affect their development is quite limited. Rather than be a flaw, this simply helps the game feel all the more like a streamlined, single player board game.

There’s also a lack of real storytelling, but then that’s a feature common to Wizardry, roguelikes and board games, so I wasn’t exactly going in expecting a Shakespearean masterpiece. What the game does brilliantly is capture that medieval visual theme and tone, which manages to be nicely grim and Dark Souls-esque. The mood and atmosphere have certainly been enough to keep me delving from one dungeon level to the next.

The game actually reminds me a great deal of fairly obscure game on the 3DS, titled Crimson Shroud. Released early on in the console’s life, that game also represented its characters and monsters as tabletop boardgame pieces, and similarly worked hard to capture the Dungeons & Dragons aesthetic. In Wizrogue there’s no dice rolling while exploring – and that’s a bit of a missed opportunity for building on that board game texture, especially when Crimson Shroud did dice rolling in such a tactile manner, but given how much combat is in Wizrogue it’s understandable that the developers didn’t want to slow down the pace of the game that far. 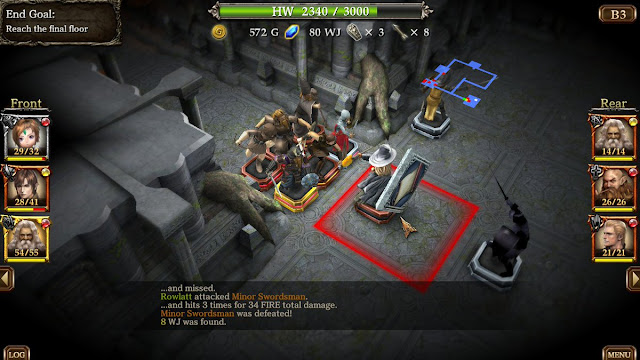 More than anything else, though, Wizrogue has really impressed me because, aside from some retro games I have on my PC when I’m in the mood for such classics, I very rarely choose to play a PC game over something on console. And yet, Wizrogue is perfect for playing while having a movie running on the TV in the background. It’s turn based nature means I can easily split my attention, and the dungeons flow by fast enough in Wizrogue that I’ll make a lot of progress in the two hours that I play it while watching the movie. I would have much rathered it on my iPad or Nintendo Switch, of course (in fact, if any game would be just perfect on the Switch, it’s this one), but I find Wizrogue that enjoyable that I’m willing to play it on my least preferred platform.

Wizrogue also runs on very lean hardware indeed, so it’s easy to recommend to just about anyone. It’s a cheap little game, but it’s also huge in scope, and it has such a unique, appealing visual aesthetic. Fingers crossed it does somehow end up on consoles down the track, because the more people that play it, the better.