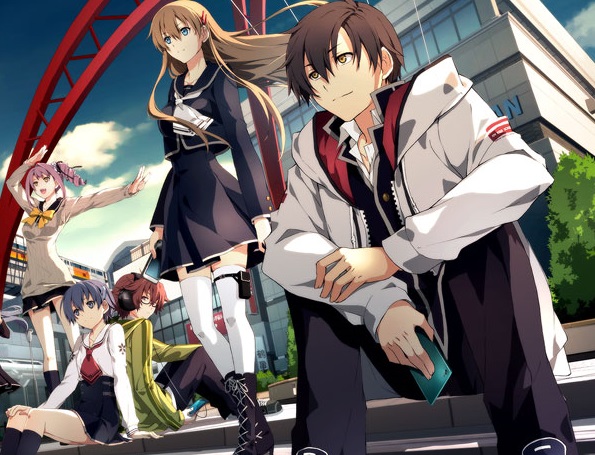 2017 has been the year of real resurgence of the JRPG genre, right back into the mainstream’s mindset. Within that, one definite trend has been the emergence of the “Persona-like” as a distinct genre – games that feature slice-of-life narratives that follow a group of youth in their day-to-day lives, interspaced with JRPG-like dungeon crawling in fantastic spaces, removed from the “real world.” Persona 5 itself is the obvious example of this sub-genre from 2017, but there have been plenty more this year, including The Caligula Effect, Akiba’s Beat, and Blue Reflection.

Related reading: Nihon Falcom’s Trails of Cold Steel is an absolute masterpiece, and coming to PS4 next year! Matt’s review of the PS3 original release.

And now there’s Tokyo Xanadu eX+, by Nihon Falcom. Released earlier in the year on the PlayStation Vita, this PS4 end-of-year release brings many of the same elements as the Persona series that it’s so clearly based on, but it also struggles in a number of critical areas.

Chief among those is the storytelling itself. Persona’s strength as a narrative is the thematic depth that’s loaded within it. The way dungeons are modelled after the psychological ID in each Persona game, the way the narrative explores existentialist and nihilistic philosophy, and so on, all come together to create stories with genuine depth – which in turn helps make this games feel, for want of a better word, smart. They’re not just fun stories with likable and gorgeous protagonists – though they certainly are that – the stories of Persona have something more important to tell, and a genuine message to convey to the player. Like a good work of art, basically. 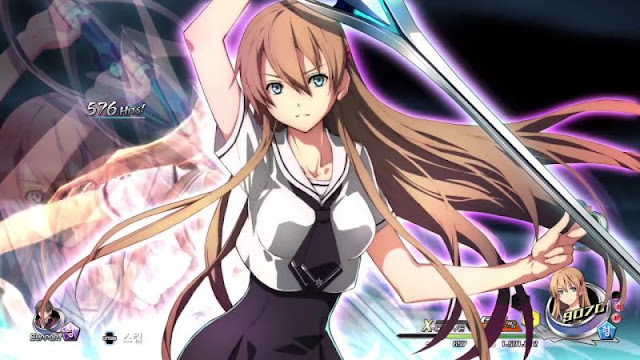 Tokyo Xanadu shares so much in common with Peronsa – the heroes are school kids that discover they have the ability to drop into dungeons beyond space and time, and each of them has their own particular combat speciality. Those combat specialities manifested in Persona as Pokemon-like monsters, but here they are spirit weapons. It’s a great set-up and you can hardly blame Nihon Falcom for so closely emulating what Persona did, but the problem with this game is that its narrative is very shallow beyond that set up.

The dungeons are manifestations of bad emotions, and naturally teenagers, being the emotional beings that they are, are breeding grounds for the kind of negative emotions that create these dungeons. But unfortunately that’s where it starts and stops, in terms of narrative depth. Where characters in Persona 4 or 5 went through great personal revelations as part of the experience of the dungeon, Tokyo Xanadu’s dungeons simply involve the heroes rescuing whoever has been pulled into one thanks to their negative emotions. The message isn’t much more than “negative emotions lead to bad outcomes.” Where a Persona character would only join the party after going through these deep personal revelations, Xanadu’s heroes basically just show up, newfound powers in hand and ready to fight, the dungeon after they’ve been rescued. There’s a lot to like about the game’s narrative and characters – and the interactions between them are the right mix of funny and dramatic, but as I was playing this I kept searching for the kind of depth to justify it’s ridiculous length, and I just didn’t get it. If Persona is something people could write books in analysing, Tokyo Xanadu is the popcorn blockbuster. There’s nothing inherently wrong with that, it’s just shallow by comparison, and a blockbuster film is only asking for two hours of your life, not dozens of them.

What the game does do wonderfully, however, is its setting. Aesthetically the game has the same kind of clean, minimalist, budget approach that other Nihon Falcom games enjoy – Ys VIII and Legend of Heroes: Trails of Cold Steel being the most recent examples, and this aesthetic does great justice to the locations in the game that are based after real-world parts of Tokyo. As someone who has spent a lot of time in that city, I do love getting off the beaten track and exploring local shopping streets and the more residential areas of the city. Tokyo Xanadu, in its very abstracted fashion, captures that experience perfectly, and because of that the game leaves a warm, homey impression. To briefly compare to Persona again, Personas 4 and 5 also have those more local settings, but in the context of those games, the settings were thematic bullet points of their own; Persona 4 in particular used its local shopping street setting to wax nostalgic about the fading old Japan, as big shopping malls spring up to drive the local street shops out of business. Tokyo Xanadu by contrast isn’t interested in making a point with its locations, but I quite enjoyed the innocence of that. I could just enjoy the spaces my characters were in. 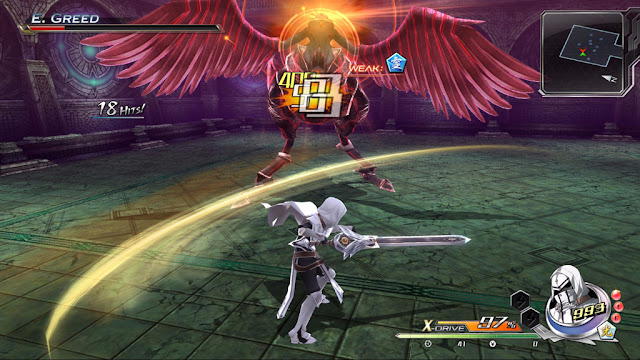 What Tokyo Xanadu also gets really right is the mix of characters, and this is an area that I’ve come to realise Nihon Falcom does better than almost any other developer out there. There’s a big cast of major characters in Xanadu, and each of them has a personality and characterisation that might often dip into cliché, but is also typically well-written, and the characters bounce off one another in a way that feels quite genuine. Just as in the brilliant writing of the two (to date) Trails of Cold Steel game, where you could feel the group of heroes growing together from being strangers to the closest of friends, so too do you get a really good sense of schoolyard social dynamics in Tokyo Xanadu. Personally my favourite interactions were between leading man, Kou, and Rion, a young idol perennially confounded by Kou’s disinterest in her celebrity. I mean, I’d certainly know all about her if I were in Kou’s position, but their banter as Rion tries to convince Kou that she’s adorable and he should be adoring her, is endlessly amusing.

Much of the length of the game does come from those interactions between characters, and it’s a difficult thing to really critique, sitting here and writing about the game. On the one hand I appreciate that the developers were so committed to characterisation that they would have languishing conversations that seem to serve no purpose beyond building additional blocks onto the many relationship dynamics that the game has going on, but the reality is that this same commitment has directly resulted in a complete blowout in game length, which is itself a common feature to Nihon Falcom games. Trails of the Cold Steel was also very guilty of outstaying its welcome. Nihon Falcom really needs to get far greater control over its narrative pacing, because a great JRPG story can easily be told in 20-30 hours… and yes Persona 5 was guilty of being overlong, but other Persona-likes, such as Caligula and Blue Reflection, had a merciful grasp over pacing. So it’s possible to be brief even within this sub-genre.

The dungeons of Tokyo Xanadu are themselves relatively brief, and as with al Falcom games, the combat action is executed with style, while not exactly breaking new ground. One interesting point is that you only have one character exploring and fighting a dungeon at a time. You go into a dungeon with others, and can swap between them at will, but the actual combat is one-on-however-many-enemies-there-are. Each enemy has a specific weakness, and your task is to make sure a character who is strong against that weakness squares off against that enemy. It’s important as it will let you defeat the enemies more easily, and you’ll rack up more points and a better score at the end of a dungeon if you do that. This is also a clever way of Falcom forcing you to keep switching between characters and mastering how they all fight, rather than relying exclusively on one particular favourite. 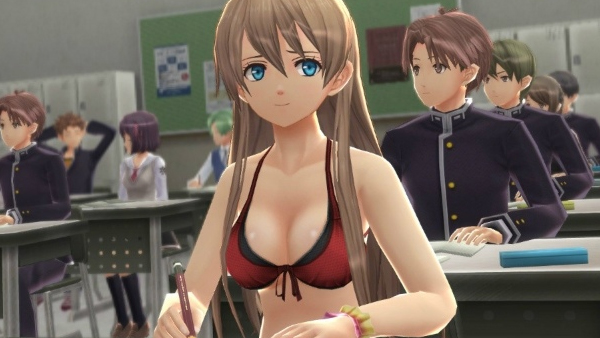 There’s surprising depth to the character customisation, too, and the game knows how to be difficult enough to make you really consider how you develop each character. I will say that the way you need to equip gems to characters is not explained particularly well at first, but it’s easy to learn the ropes through some trial and error.

Dungeons also have some light puzzle solving to work through, and inevitably there is one or two especially difficult enemies to defeat along the way. Nothing in the dungeons themselves will be particularly taxing to people who have played JRPGs before, and there is nothing particularly inspiring about the way the labyrinths are constructed, That said, given that getting a good end level score requires you to move pretty quickly through the dungeons, it’s quite clear that Falcom designed the environments around a breakneck pace, and for that purpose, the functional design is sufficient.

Boss battles are the real highlight, though. Each boss has a solid range of different attacks, with enough randomness in how they’re executed that you’ll need to remain on your toes throughout. Every attack can be avoided, but actually learning how to get out of the way of some of the more ranged attacks can be a process, and because bosses hit hard, you don’t need to make many mistakes before it’s game over. Consequently, bosses have a lot of health, and you’ll need to settle yourself in for a protracted battle, unless you’re willing to spend a lot of time grinding to an excessive level. That being said, while the bosses look imposing, some deeper thought into coming up with less bland designs wouldn’t have gone awry. 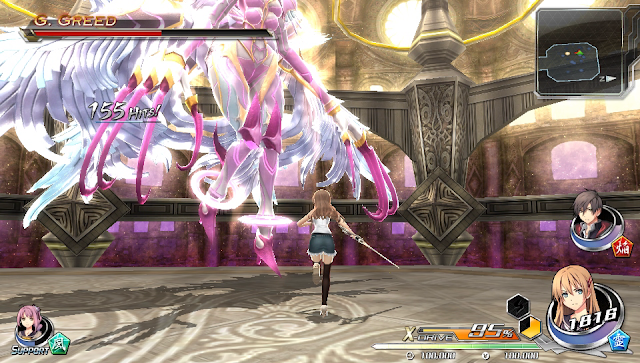 Related reading: Of the Persona-clones, The Caligula Effect stands out as the most distinctive and interesting. Matt’s full review.

Tokyo Xanadu is good. It’s a lot of fun and Nihon Falcom has a real touch with combat systems that its developers deserve real respect for. The biggest challenge I found with the game was finding the motivation to actually finish it; it might not get anything wrong, but it’s such a lengthy quest that it really needed a greater thematic depth to maintain my interest, and unfortunately it wasn’t quite able to replicate Nihon Falcom’s own, brilliant, Trails of Cold Steel in offering that.

Bayonetta is our mother, fighting games in 2018 and dead franchises we want to see come back (Digitally Uploaded 2017, Episode #42)