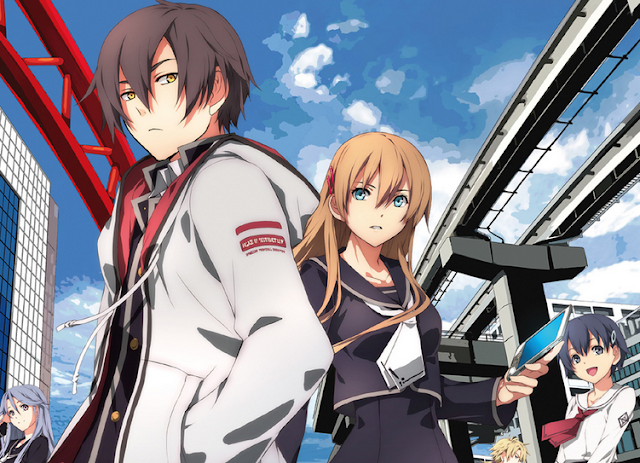 Tokyo Xanadu is being released in the West at a somewhat unfortunate time. It trails Persona 5 and The Caligula Effect, when its 2015 Japanese release date puts it more in the ballpark of Conception 2 or Mind:Zero. It’s developed by Falcom, arguably the inventor of the Action RPG genre, and it’s a sequel in name only to the Xanadu series leading all the way back to 1985’s The Dragon Slayer 2. It’s also the developer’s first foray into urban fantasy, featuring a band of high schoolers who find themselves juggling classes and homeroom with covert homeland defence in an alternate reality Tokyo.

The game is an action RPG broken up by adventure/visual novel segments. The protagonist is ordinary-featureless-high-school-male Kou Tokisaka, living by himself and trying his best to get by. Throughout the game you’ll hang out with classmates, build your friendships, improve your social skills and explore the city at leisure, until disaster strikes and you’ll have to save your mates from interdimensional demons birthed from negative human emotions. If this description screams “Persona” loud and clear that’s no accident – the developers admit strong influence from Atlus’ premier high-school-themed Jungian fantasy, but it’s not long before Tokyo Xanadu finds its own identity.

You’ll spend much of your time talking to your friends and advancing the plot, which is a shame because the game’s story is extremely formulaic. The game’s chapters follow the “monster-of-the-week” formula to a T and hark upon every overtread anime trope imaginable. Whereas these tropes are now more often seen parodied than taken seriously, Tokyo Xanadu is satisfied to play them straight, and as a result there are very few plot twists which savvy players won’t see coming. Especially in the slow early segments, it’s easy to see the story as an impediment to the otherwise fantastic RPG gameplay. 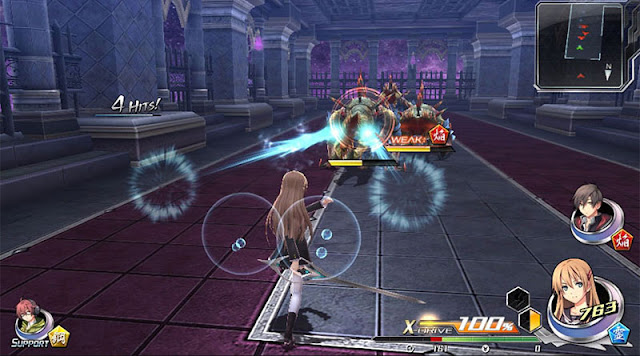 Characters also fit cookie cutter moulds for “high-school fantasy anime person” – there’s the proud karate person, the genius hacker person, the idol singer person – each have their own story arc and most are a foregone conclusion. I suspect nobody involved with the development of this game actually went to high school recently; the game instead feels like R&D spent lots of time watching high school anime. Whereas games like Persona and Danganronpa use their setting to deliver laser-precise critique of the conflict between traditionalism and modernity faced by Japanese youth, Tokyo Xanadu is content to prance around the school halls saying not much at all.

It’s at this point where Persona comparisons become inadequate in assessing Tokyo Xanadu as a game. Whereas Persona’s boss enemies were the literal manifestations of the repressed subconscious of its characters, Tokyo Xanadu’s monsters are merely created from negative emotional energy without clear cut rules on how it happens. This means there’s a lot less gravity to the game’s narrative – the cast doesn’t need to come to terms with their struggles when they can be easily rectified by some roughhousing with monsters in the alternate reality. It also means that the dialogue is rife with chuunibyou lines: cynical players, beware.

Once it’s clear that Tokyo Xanadu doesn’t have much to say in the story department, the focus is placed back upon the gameplay. And, true to Falcom fare, the gameplay is great. Dashing through dungeons feels kinetic because of the tight corridors and lack of respawning enemies. The player is challenged to keep up with an ever-ticking combo meter, encouraging aggressive play and rewarding efficiency. Character customisation is done before entering every dungeon, so there’s never a reason to open the game menu and pause your momentum. Regrettably there’s not much thematic depth in the dungeon design, and most are just empty rooms filled with reused graphic assets. 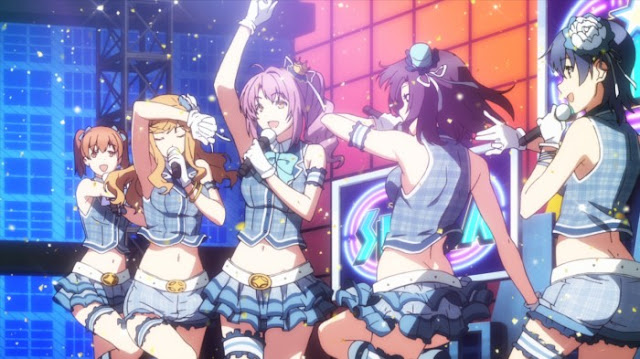 There’s an incredibly deep character customisation system where players can extract small bonuses out of Materia-like orbs and embed them into weapons to gain an edge in dungeons. The fighting synthesises the best bits from the JRPG genre and combines it with a devotion to animations and frame cancelling pulled straight from a modern beat-em-up. Ranged attacks, burst attacks and an elemental strength/weakness system encourage players to try out all the playable characters, who can be switched out on the fly with the Triangle button. At the end of each dungeon, you’ll also receive a grade based on your speed and efficiency, promoting replayability for those dedicated enough to strive for S-ranks.

With a sound, if predictable, story and a truly engaging action-RPG dungeon portion, Tokyo Xanadu is primed to be a comfort game for fans of RPG’s without the time or emotional energy to commit to something more subversive. There’s a certain charm about how the game deliberately wants to be a generic RPG, from its recycling of genre tropes to the abundance of sidequests and minigames. It wants to ensure you that if you’ve got time to spend, there’s going to be something to do, but at the same time you’re never going to be too urgently pressed to proceed in any direction. Even the difficulty strides along at a brisk pace, with deaths being rare even on Hard until late-game. 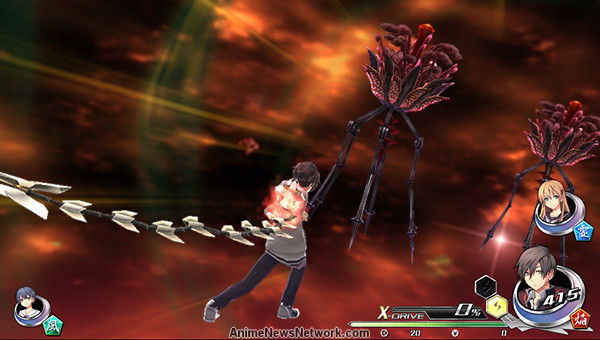 It’s a subtle bonus which adds to the game’s comfort factor, but the game’s visual direction is superbly designed. Compared to games like Persona and The Caligula Effect, which both also use small 3D arenas designed for the Vita screen, the environments in Tokyo Xanadu feel immense and lifelike. The game’s main hub areas switch from a bustling shopping plaza, a transit station ripped straight from real life and a quaint antique sidestreet. Characters are animated with a huge range of expressions and gestures, which are complemented by a dynamic cutscene camera that continually generates anime-worthy moments.

Related reading: Persona 4 and 5 are the best games that push similar themes to what Tokyo Xanadu does. Matt’s thoughts on those games.

The game’s voice acting cast also boasts formidable star power, with even minor characters getting fairly high-profile actors. This ties Tokyo Xanadu with many other games targeted at otaku audiences, and has the added benefit of hiding which characters are going to be plot significant (you won’t be able to guess who’s playable just by looking for the established actors!). Music is superb and exhibits the same homey style as Persona 4, so you’ll enjoy the songs even after you’re 50+ hours into the game.

It would be a mistake to recommend Tokyo Xanadu as “kind of like Persona”. This is a game which takes a lot of cosmetic inspiration from that series, but anyone who played and loved Persona would find this game vapid and boring by comparison. That being said though, it’s not a soulless game either – I imagine the target audience is less the philosophical and the obsessive, but rather the more casual JRPG fan looking for a light way to spend their spare time. As with most Falcom games, the game feel is straightforward and kinetic, paired with a vanilla aesthetic that’s more inoffensive than groundbreaking. I can’t fault a game for not being ambitious enough when it’s following a tried and true formula and does it without any perceivable blemishes at all.