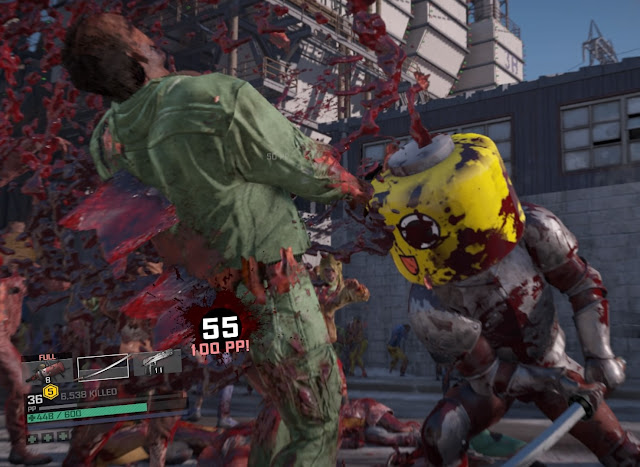 Dead Rising 4 is back. In a surprise turn of events, Frank has made his way over to Sony’s console with a beefy package including plenty of DLC, giving players a new way to experience the original title as well as some good old fashioned minigolf!

Related reading: Read Pierre-Yves’ review of the original Dead Rising 4, without DLC, on Xbox One here.

My biggest issue when reviewing Dead Rising 4 last year wasn’t that it was outright poor or that they changed the voice actor for Frank (which many fans of the earlier Dead Rising games did find irritating), but rather it was more that they had removed some of the essence of what made Dead Rising, Dead Rising. Gone were the time limits for missions and gone were Maniac enemies that were such a challenge. One year later however I find myself not minding as much, either because I already knew what I was getting into, or because this version felt more complete with the DLC package, called Frank’s Rising, that acts as the real conclusion.

The experience really is Frank against the world as he uncovers the truth of the newest zombie outbreak while avoiding becoming zombie chow or being perforated by the private military group that has set up shop and isolated the town from the outside. What I could appreciate this time are the subtle changes in Frank’s character as while he may always be an ass to almost everyone, you do see his softer and more empathetic side show up from time to time as the story moves on. When it is all said and done however, it really is Frank’s Rising that fixes everything that I had originally had issues with. 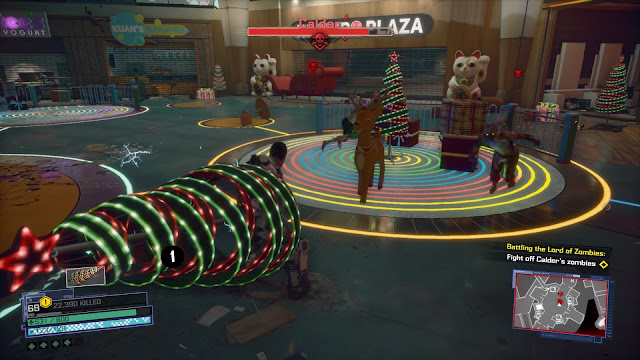 At the end of Dead Rising 4, Frank is being held onto by a horde of zombies as he holds onto the helicopter for dear life. This is putting the others on the helicopter at risk, however, so again showing his consideration for others, perhaps for the last time, Frank lets go so that the others may survive. Then, Frank once again gets bitten, however he doesn’t just become infected this time, as previously. No, this time he actually dies and becomes a zombie.

Starting right up from that point Frank’s Rising follows a very hungry Frank as he runs through the mall chasing down the very human enemies that he squared off against as a living human. In Dead Rising 4 you took them out as a need for survival, but Frank’s Rising puts it into another perspective; now they’re not just enemies, but also a source of food.

That being said, there is hope for Frank yet. Being “half-cured” Frank’s goal is to get everything that a crazy scientist lists out in order to hopefully reverse the process and become human. This means time limit is back, which is a good thing, and that the gameplay is open enough that there’s choice involved in how you go about this quest. 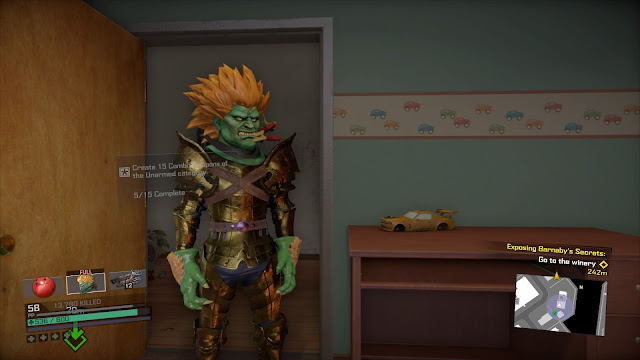 Scattered around the city are “wasps” that can infect others, and if absorbed Frank gets more powerful. The only issue is that with one and a half hours you have to pick. Do you risk spending that precious time chasing down upgrades or do you head straight to where you need to go to get the mission done. This brings things right back to Dead Rising basics and it is great.

Also along for the ride is a brand new (and also added to the Xbox version) Capcom Heroes Mode. Tired of playing the same old Dead Rising 4 with all of its crazy weapons? Well now you can replay the original campaign with costumes that give you abilities instead. No longer do you need to worry about durability and ammo counts, now you’ve got cool downs while busting through zombie hordes as Mega Man X, Dante from Devil May Cry, Bass from the original Mega Man, Morrigan from Darkstalkers, Ryu from Street Fighter and a whole lot more.

This new mode brings about a new experience and is honestly fun to have. Should it be experienced before the original? Probably not. Does it make for a great add on if you are really up for something less serious (or, well, even less serious than the original game)? That’s a definite. 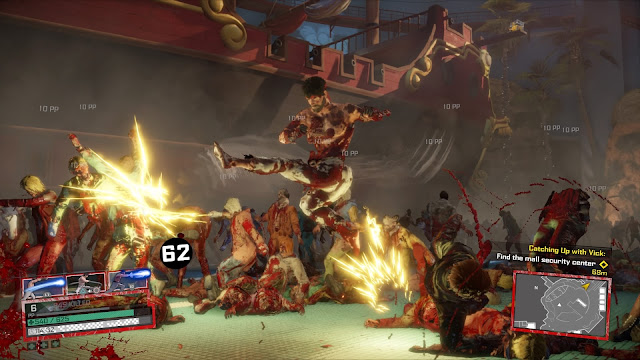 The other addition is mini golf. Mini golf is really there as a time killer and isn’t really a replacement for Hot Shots or Planet Minigolf. Loading it up I wasn’t quite sure what to expect, however it’s a well designed mode with interesting courses and, of course, zombies littered all over the place and in the way of the cup. As an added bonus Frank acts as the commentator, along with a zombie that he randomly names which adds to the ridiculousness of the whole thing.

Overall I found Dead Rising 4: Frank’s Big Package better put together than the original release. This time around you don’t need to worry about the real conclusion being behind a paywall, and there are two new modes to enjoy. Especially for those who didn’t previously own an Xbox One and thus missed out of the original, the result of this package is that you’ve got something genuinely good fun to play this holiday season.

How many of 2017’s game of the year award winners have you played?