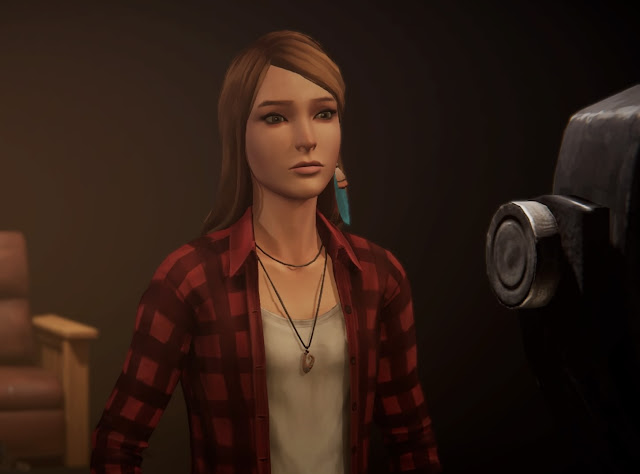 Have you ever had a moment where everything seemed to come undone? They’re the kind where the known and probable dissipate into an empty vastness, where your body reels away from you and only the troubled breaths are left to mark time’s march.

Related reading: On the first episode of Life Is Strange: Before The Storm.

Have you ever found yourself facing the illusion that offered security, infallibility or reassurance that you’d be spared from the unguided roads of consequence?

Have you ever lost the luxury of thinking beyond your present moment?

From the opening of the third episode of Life is Strange: Before the Storm, all the calm is lost, and we live on the precipice of uncertainty. We might know where it all leads because of the original Life is Strange, its ‘sequel’, but where before we were slowly guided into a world of consequence and depth that sat apart from the weirdness of the premise or the presumed shallowness of a story centred on a shy teenage girl, Before the Storm takes us there quicker and harder. 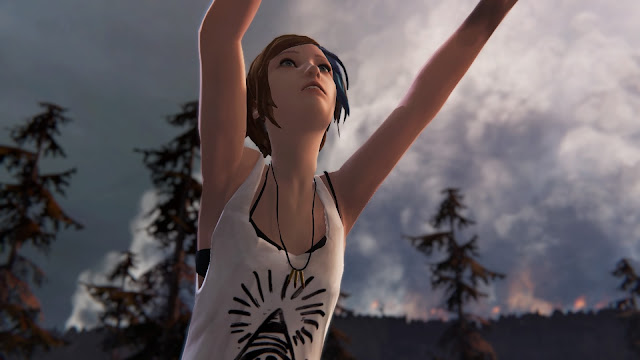 Even taken in reference to the other episodes of this prequel, episode three is a firecracker where you expect a candle. It gives you tender moments, but the course of the story means they’re already slipping away. As an episode it’s short, yet so much happens over that brief period that it becomes a strength.

There is a clear pursuit of artistic flair in the third episode. While the choice of camera angles for character actions and incidentals have always been present, and the use of lighting to complement the environment design has always strengthened the handicam-style intimacy, it’s in the creative licence used for conveying the story through sights that shows a boldness that suggest Deck Nine were starting to come into their own with this story.

The passage of time, the delivery of exposition from the opening minute, and the further exploration of Chloe’s subconscious as it manifests in-game continue to present something exemplary, even courageous.

There are influences at work here, alluded to throughout the game in reference, in character and in theme, but Life is Strange: Before the Storm possesses its own spirit. It’s present in the unconventional manner of presentation in places, the encompassing distraction of Rachel to all, and in its question over the realness of life and sundry, and what that might mean to anyone. 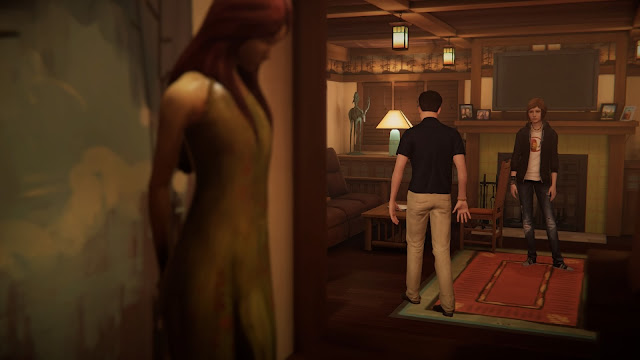 Does it matter if it’s all for nothing, or is that why it matters – because there’s nothing else left? Is our ephemeral bliss worth the price of everything stacked against it, or is it the other way – are they the gasps that let us keep afloat, breaking the endless current of trauma that might otherwise drown us?

Before the Storm may be set before the original, but it is a product of 2017. Whatever measures of surreal or the unlikely you find are there to unhinge your expectations, not to set the tone. That blip of purpose is only to give you a chance to breathe before that breath is stolen from you again.

There’s an element of an origin story about the entirety of Before the Storm. Not only do we begin with a Chloe living in the shadow of Max, but she hasn’t grown into the woman we encounter in the first game – not yet, anyway. There’s elements of it here that set the cosmetic slate, bringing us closer to the opening normalcy of the original game, with the state of the relationship between Rachel and her many satellites not yet come to end.

By the third episode, there’s no more shadow hanging over her. It could play that way, but the presence (and absence) remains flavour, and it doesn’t feel quite like the neither-nor Chloe that the first episode begins with. 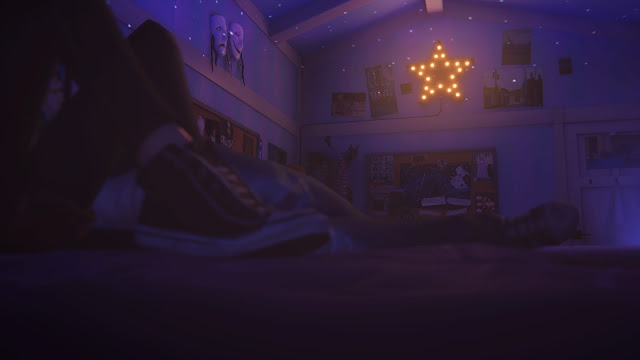 Yet it does more. Before the Storm doesn’t rest on that, and though it all comes back to the original, with the end preordained from the very start, there is enough here to wrestle with, and it hits fucking hard, and for most of the episode, it feels like it just keeps on. It’s a train rolling on, a truck racing down the highway, a force of nature that wants to take your every breath and you’ll let it because all you can do is hang on to whatever is happening.

Instead it not only avoids those expectations – it acknowledges them and treats it the way it should. The bad vibes, the quiet voice whispering of wrongness that you only hear when things are quiet, the doubt that worries if you’re imagining things to be worse than they are, Before the Storm reinforces that your read on the world is good and everything is actually as bad as you feared.

Sometimes it doesn’t play fair. There are times when you feel the absence of Max and her power rewind, and hope that maybe this was a timeline where something else could happen, but in that same hope is solace that it isn’t, because their movement past their current problems is also a fixed point. 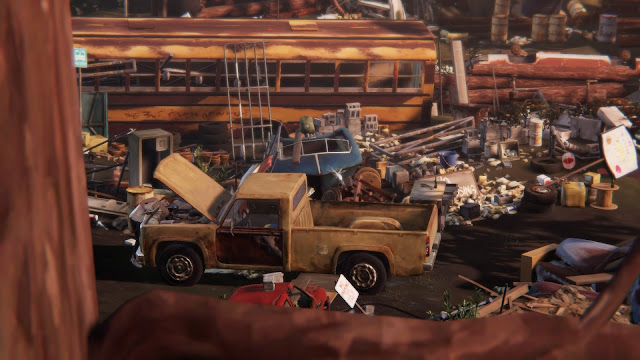 Related reading: On the very first Life Is Strange Episode.

In the sense of its final episode and on the whole, Life is Strange: Before the Storm pushes you through its turns at a rapid pace, pushing you to the edge of your seat and getting you to moment after moment so that you can for a moment forget what you know will happen, you can forget that it is meant to all lead to one place, and instead remember what it is like to embrace something fleeting, to have your heart lift despite everything that tries to tear it down, and how it feels to have your breath taken away in a gasp of hope.