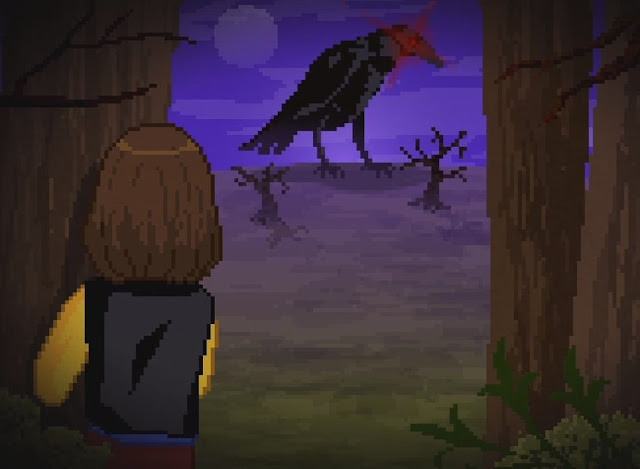 There have been some truly standout indie titles on the Switch. Nintendo has clearly been branching out by more readily allowing more mature games on the eShop ranging from Gal*Gun to having shooters like Wolfenstein II and DOOM attract a whole new target market for the console. The Count Lucanor is one such game; it feels little too creepy and quirky to be standard third-party Nintendo fare, and it’s a shining example of the console’s current ecosystem and its prioritisation of digestible indie games that give you more bang for your buck.

Sometimes you come across a piece of work that makes you feel like you’re in some sort of fever dream. The Count Lucanor is one such title, and the source of that feeling is how it blends cute pixel-art with gothic horror in a delightfully creepy way. Heavily inspired by European folklore, it relies on subtle, yet disconcerting touches that seem so divorced from its quaint style, but so right. You play as Hans, a young boy tired of living in poverty with your hapless mother. Convinced that her provincial attitude is the cause of all your life’s problems, you take it open yourself to run away from home with nothing but cheese and some pennies. What transpires next is nothing short of surreal.

Without giving away too much, your quest for a better life is admittedly short-lived when something happens and you awaken in some nightmare of flesh-eating goats, decapitation and ghouls. All this is a direct one-eighty from the idyllic natural landscapes, the happy-go-lucky squirrels, and the soothing music that you enjoy throughout the game’s tutorial. As a result, it took more than a little fumbling for me to get used to the change in tone. The game gets a lot darker, both thematically and literally in terms of lighting, and navigating to the home of the titular Count Lucanor took a lot longer than it should have by way of me being unable to find a route out of the darkness without squinting. An absence of light is an aesthetic choice in the game that doubles as a mechanical one, and I liked to think of my initial confusion as the game’s way of slowly showing me what I can expect from its later levels. As it turns out, I never really got any better at figuring out how to do things, but that’s not a slight against The Count Lucanor at all. 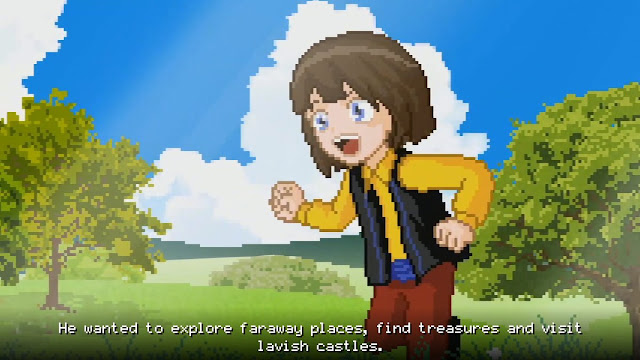 The Count Lucanor is a marriage between puzzle games, traditional point and click sensibilities, horror, and roleplaying-lite decision making. If that sounds like a lot to cram into one game, well, that’s because it is. Horror is the overall main theme of the game, but plenty of its design decisions are drawn from the aforementioned genres instead. A large chunk of the title takes place in a dilapidated castle drawing its cues from the Transylvanian iteration of Dracula – it’s expectedly spooky and creepy, which makes some of the scare-factor less potent. Your job in the castle is pretty simple, and it all boils down to surviving. This involves balancing exploration with resource management, and the game strips this down to a purposeful use of darkness and a limited ability to save your progress. Save spots are limited to whether or not you have the means to pay a tithe to an NPC in a central location to do so, and your only way to figure out how solve the deadly mystery of the castle is to brave its murky depths without dying.

Candles are a central mechanic in The Count Lucanor introduced to alleviate this somewhat; you’re given a small supply of them and can pick them out through the course of your adventures, and their tactical placement is the only way forward. If you don’t place them down, you’ll be hard-pressed to see the skeletal enemies out for your blood. If you place them down too often out of cautiousness, it could leave you in a tight spot as you navigate a hallway only to get destroyed by a hidden torture implement. Given that you won’t be able to save often because it costs valuable in-game currency and the fact that it’s often a nightmare just getting back to the NPC after you’re hours deep in a dungeon and don’t know left from right, being safe rather than sorry is the only way to get through the game in one piece and with your sanity intact.

If I’ve given you the impression that navigation is the hardest part of The Count Lucanor, then don’t worry; it generally is. Exploration is really the winner here. The game does a fine job of balancing tension with actions such as crawling under tables and balancing on narrow pathways over chasms to contribute to the overall uneasy atmosphere. Hans is a relatively helpless fellow when it comes to taking damage (I died often to livestock. It’s hard to explain), so you need to be sneaky and aware of your mortality, and the atmosphere goes a long way to foster those traits in you, jarring cutscenes and all. 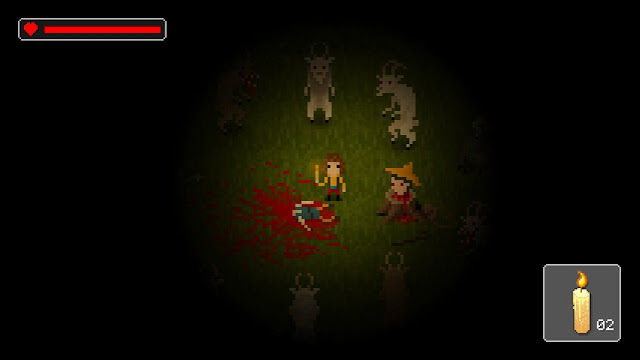 Puzzles are the other major time-sink in the title, but I felt that they were easy enough after short periods of intense scrutiny and that any difficulty I encountered was because of the darkness mechanic and the various deadly obstacles littering the castle. The head-scratchers mostly revolved around finding certain objects strewn throughout the levels, and most of those objects were contained in chests that you had a find a safe way to get to. Usually this involved finding buttons that opened alternative doors to treasure, or by finding implements like wooden planks or levers to activate bridges and other things to enable you to get to those chests. There’s a lot of pushing boxes and avoiding traps, but while those two actions sound simple on their own, The Count Lucanor’s use of darkness and cleverly placed enemies meant that each chest you reached felt like a victory in itself.

Rounding off the trifecta of central mechanics are the choices that you have to make in the game. They definitely do have consequences, and those choices will determine which ending you get when you play through the game. The game never breaks thematic character from the start to the finish, and you’ll be placed in some pretty strange scenarios that you’ll have to make the best of. From an old crone and her pig to a talking raven, you’ll meet a number of NPCs with mercenary intentions and whether they take advantage of your naivety or curse you is something that will change depending on your generosity. I chose to try and play the game as close to Hans as possible i.e. I made choices that I think a sheltered 10-year-old boy would have made, and while I did regret almost all of them, things didn’t turn out too badly. I enjoyed the way that the characters were interwoven, and while all were a clearly-identifiable stereotype from some kind of folktale, that only served to ground what could have easily been construed as a game that was too bizarre.

The Count Lucanor puts a lot of effort into doing a lot of things all at once. I’ve already mentioned the various genres that it draws inspiration from, as well as the quick twists and turns that the story delivers in a relatively short space of time. It doesn’t examine any one thing particularly deeply, but that leaves a lot of room for entertainment, and the game definitely delivers with its black humour and its uncanny ability to humanise the horrific. It’s a little too cute to give you a real fright, but I’ve found that at 1 in the morning, tucked under the covers with the ominous soundtrack ringing in my ears, the last thing you’re going to be wanting is a full-blown jump scare. There are games that deliver horror that’s confronting and often gory, but The Count Lucanor excelled at showing a different side of fear that other studios should take cues from. On the downside, I’ll never trust another goat again for as long as I live.