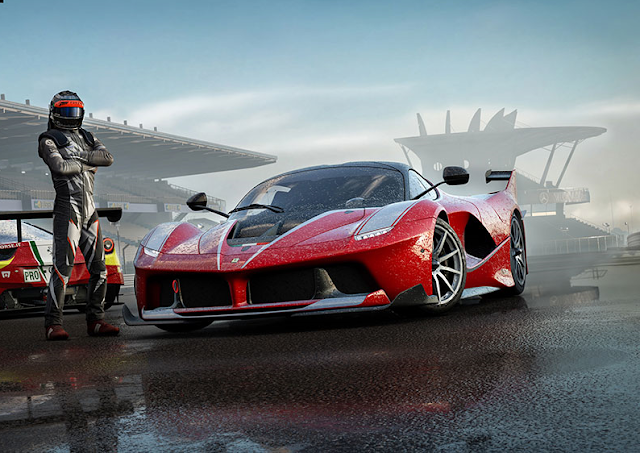 To its credit, Forza Motorsport 7 is an incredibly polished racing game – a technical marvel to look at and listen to, with an incredible amount of stuff in there for fans of racing games to enjoy. It will certainly appeal to those who enjoy structured racing, with its many tracks and tight gameplay. Forza Motorsport 7 checks all of the boxes players are likely looking for, though it does lack a bit of the soul and fun that helps to separate the Horizon series from the Motorsport series.

That last sentence is an important one, because while I really do enjoy both of the racing series a great deal there is a X factor about the Horizon series that sets itself apart from the Motorsport one. Whether it’s the sense of actually travelling and seeing new locations up close and personal, or the soundtrack that provides a thumping background to the jumps and other antics found in the game, Horizon has a sense of wonder and discovery not usually found in racing games, and that helps make the Horizon series my favourite in the racing genre.

Now, I feel compelled to compare these two games because while they both own the Forza namesake and both are about racing, the fact of the matter is that Horizon has more soul to it, and is simply a better series. That does not mean that the Motorsport series is bad, because it is not. It simply is not as good, but by prefacing this review with my own preferences, it hopefully frames my mindset a bit when I say that Forza Motorsport 7 is a fantastic game in its own right, even if I don’t quite have as much fun with it as I did Forza Horizon 3.

With all of that out of the way, let’s take a deeper look into what Forza Motorsport 7 has to offer. The foundations of the Motorsport series is largely the same as prior entries as you are given multiplayer and single player modes that have you visiting some pretty varied locations and racing in lots of different cars comprised from the fantastic catalogue of options. Whether you are driving hatchbacks, muscle cars found in the popular Fast and the Furious movies or even large trucks (weird, but a nice bit of gameplay variety), Forza Motorsport 7 gives you a great deal to do.

I started off as I have for years now, walking through the tutorial (which sees you racing a traditional fair weather track in a sports car, throgh to one of the aforementioned trucks to a race that shows off the fantastic weather engine as you race in a rain storm) before launching into the proper career mode where you pick a circuit and an entry level car and get to the racing. The tracks are fantastically varied, as are the cars you will drive on them with. One of the areas this series takes a small step back from Horizon in my opinion, is that the track is wound near but not in the unique locals. Instead of driving around buildings or over streams, you see impressive-looking landmarks in Forza Motorsport 7, but they feel distant as you are focused on a track that is apart from the landscapes. It still looks pretty, and it is a minor distinction, but the environments in Motorsport titles are just less immersive due to the nature of the game.

That being said, the weather conditions are fantastic, and really help to lessen the impact of the above complaint of mine. Weather effects are brilliant on the screen, from the droplets of water on the camera to how the rivulets of rain stream across the hood of the car all of the way to how small puddles of water react to tires tearing through them and kicking spray up in their wake. It looks brilliant and more than that, it has an impact on your racing. A lot of games say that weather impacts the conditions that you’re driving in, but Forza Motorsport 7 really is a finely tuned game in terms of its handling, and there is a pronounced but realistic difference when you go peeling around a corner on a dry track and then later a wet version of it. The Xbox One controllers have always provided fantastic rumble feedback with the Forza series, and this remains true in Forza Motorsport 7, as I began to realise that the weather impacted even how the controller feedback felt. This is some seriously cool technology at work and it the end result is very impressive.

Another familiar bit of technology makes its return with the Drivatar engine that attempts to track how a player races and then record it to the Forza servers so your friends get some AI representation on the track. Of course the technology has its limits, but Drivatar does a pretty good job of emulating what a player would do in a given situation. Take my kids for example. My oldest daughter is someone who goes out of her way to hit the other cars when she drives, treating all racing games like Mario Kart. My son is a much better overall driver, rarely trading paint with others as he prefers to simply out-race his opponents. I probably fall somewhere in the middle in terms of my own approach, but there is a notable difference in seeing their AI counterparts in a race with me. It seems like any time there is a collision that wipes another racer out, I see my daughter’s car somehow involved, while my son’s Drivatar is weaving effortlessly through traffic avoiding those dustups along the way (unless my daughter’s Drivatar happens to be colliding with his, in which case I imagine she would be very proud of her AI counterpart’s actions). Again, it is not a perfect system, but I am a fan of it all the same and it adds a little something to even single player games when you see fair approximations of friends and family competing in the same race as you.

One of the most entertaining aspect of any Forza game is the fantastic number of customisations that are available. These come in a couple of different flavours, from temporary mods that can impact how your car behaves (but offers incentives based on performance such as pulling off a perfect pass or finishing better than fifth), a variety of auto-assist options you can turn off or tweak to your liking (such as auto-braking) and numerous visual choices as well. You can apply an almost countless assortment of decals and colour options to your car, and these can be uploaded to the community where they are voted on and used by others. This also allows you to find some of the most popular community paint jobs and apply them to your vehicle so you can escape the ‘also-ran’ default appearances with something that looks sharp and doesn’t require you to have a graphics design background either.

The Forza series has always looked great, and Forza Motorsport 7 continues that trend with the best-looking car models to date. I already touched on how the weather interacts with the camera, the cars and the tracks, but the attention to detail here is really amazing, from reflective surfaces, glistening chrome, to the detail of the tread on tires, there was some painstaking love invested by the developers that is worth calling out. Whether you are viewing the game from behind, in front of or inside of your car (with even more impressive interior details in the dash, which varies by vehicle – something that car aficionados should really appreciate.

Still, all of this visual wonder comes at a pretty hefty price in one area technically, and that is the all-too-slow loading times between races. It is not the worst thing in the world, and admittedly my Xbox One is a Day One Edition, so maybe newer, shinier console iterations will handle this part better, but these loading times between races are both too frequent and too lengthy for their own good. In a game full of technical wizardry, this was the one glaring wart that stood out to me, because it killed my momentum just a bit between races.

I’d also be remiss if I didn’t highlight that this game wants you to keep investing in it; the dreaded loot boxes and other monetisation models are present in the game, or at least will be, down the track, and are proving to be quite controversial. In fairness, the game does almost get to the point where, like in mobile free-to-play games, you will start to feel an urge to spend real money just to speed progress up a little. That said, while that kind of grinding isn’t really acceptable for a premium-priced game, the loot boxes are just on the right side of “optional enough that you can still have a blast without investing in them.”

Still, Forza Motorsport 7 is a fantastic game that checks all of the boxes racing fans are likely looking for. I still think that there is something slightly lacking when compared to its more spirited sibling, Forza Horizon, but Motorsport still manages to put on one heck of a show. I found it impossible not to be dazzled by the visuals, sound, controls, technology and sheer size of the game, that will doubtless keep me coming back for more for a long time.

Review: South Park: The Fractured But Whole (Microsoft Xbox One)