I feel as though it has been a decade since the initial announcement regarding the next game by Katamari creator Keita Takahashi, although it’s actually just been three very long years. The game’s publishing deal with Sony fell apart so it was not published in 2016 as expected, but – prepare for the best news you’ve heard in weeks – hope is not lost! Annapurna Interactive has taken over the publishing of Wattam, and the game is now expected for PC and consoles sometime next year. It has been completely rebuilt since we were introduced to the wonderfully weird title; this new trailer shows off the game now:

Fear not about the changes, as Wattam is still about making friends and solving puzzles! There’s just a little more to it, like the running sushi and slightly creepy lips. The cube-shaped green mayor is the star, befriending everything from flowers to rainbow-coloured poop. When friendships are formed, the relationship is celebrated with huge explosions that producer Jeb Alvarado describes as “juicer” than before. I can practically taste the love.

A lot of work has gone into the 100+ characters that can be interacted with. Each has its own theme music in addition to its own abilities. Certain characters aren’t friended as easily as others, and they may need the mayor to do something for them before juicy explosions can occur. Once befriended, characters can be stacked on top of each other, hold hands, or dance together.

Thank God for Aksys. Not only is it one of the very publishers that takes the PlayStation Vita very seriously, but it’s one of the few willing to localise Otome games at a rapid rate. Bad Apple Wars is the latest of these, and we’ll be playing it in about a month: October 13th, to be precise. 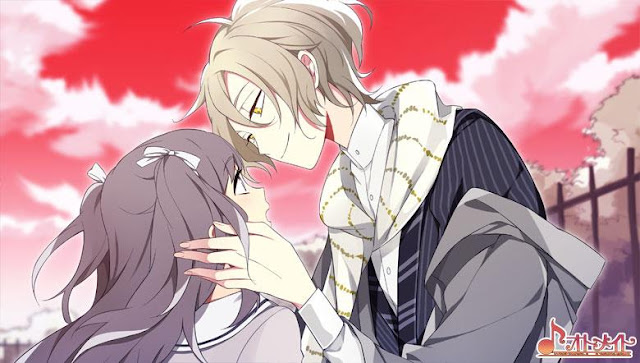 In addition, there’s a limited day one edition for fans of the game’s stunning art style, which includes an exclusive art book. You’ll need to import that from the US if you want it (and you probably should).

As for the game itself, it has such an intriguing narrative behind it. According to a press release: “Fate strikes when you least expect it, as our heroine soon finds herself on the grounds of an unknown, otherworldly academy. One of many souls left behind by death, she must choose between two warring factions within the walls of the academy. Will she follow the straight path set before her by the Disciplinary Committee, goaded on by promises of resurrection? Or will she stray into the mire of Bad Apples and find a different kind of salvation?” What a great sounding game.

We’ve got 45 more seconds of Demon Gaze 2 goodness to whet your appetite for one of the most exciting games remaining for release this year. The sequel to one of our favourite PlayStation Vita games of all, this one’s also coming to PlayStation 4. There just aren’t enough dungeon crawlers on that console yet, so we have very high hopes for this one.

In the trailer, you get a small taste for the “endless” dungeons to look forward to, as well as some of the monsters that you’ll be fighting. One of the highlights in the original game was the shee level of detail in the monsters and environments, and this one looks like it’s keeping up with that tradition… and then some.

The game lands in North America on November 14 and Europe on November 17, so not long to wait at all! In the meantime, hopefully we get more of these kinds of trailers.

One of the better Worms games in recent years is Worms W.M.D, and the good news for Nintendo Switch owners is that Team17 has announced that it’s coming to the beloved console. Which is just perfect, because the game is just begging for on-the-go play.

Just imagine being out and about and deciding to bust out the Switch for some quick competitive action with friends. Or using a game like this to get over plane turbulence while travelling somewhere. I would have loved for this for my flight to Japan…. Flying through a typhoon was not fun at all.

I digress. The Switch game has everything that other versions of Worms W.M.D had, as well as a new Space theme for levels, new Mushroom and Tree forts, and three new outfits and gravestone markers for the poor fellas after they’ve been blown up. It releases this year, though we don’t have a release date just yet.