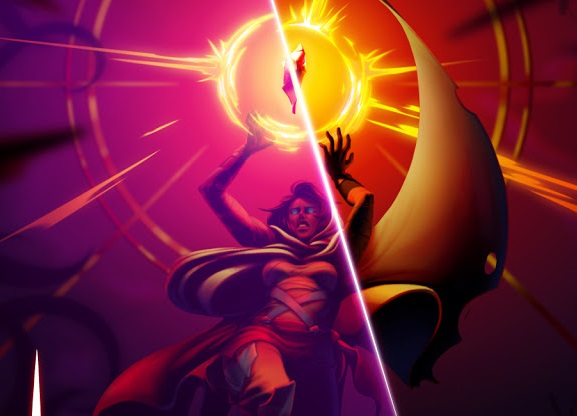 Before Sundered, I’d never have thought that “procedurally generated Metroidvania” is a thing that could work. Meticulous, intricate level design is the single most important thing for the genre, and that’s something always better achieved by a deft hand than by lines of proc-gen code.

But Sundered proves that with a smart developer behind it, this is an idea that absolutely can work. When you take the best bits of handcrafted level design, the best bits of procedural generation, and you mix them together, you get something that’s so much more than the sum of its parts.

The typical Metroidvania gives you a complex labyrinth of caves, corridors, and rooms to explore, aided by a growing suite of abilities. Only a small section of the map is accessible at the start, but new tools change the way you can interact with the environment, opening previously blocked paths in the process. A simple double jump lets you reach platforms that were too high before; Samus Aran’s famous morph ball lets her roll throw passageways to narrow to walk through. 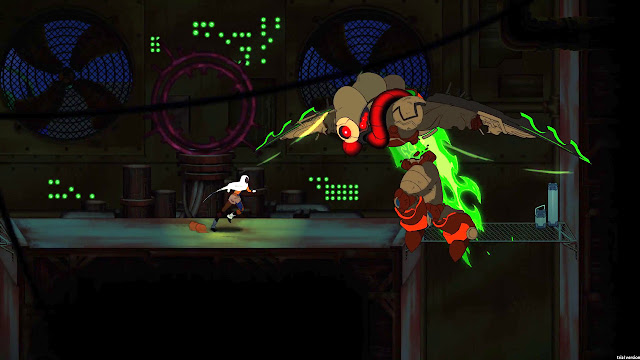 As new abilities open new paths, the map tends to loop back around, open shortcuts to previously – visited areas, allowing you to look for doors or treasures that you missed the first time round. Gradually uncovering the workings of such intricate mapping is the hook that makes the genre so captivating. So how do you procedurally generate something like that?

Sundered’s elegant answer is to use a combination of the two. At a macro level, the map is set in stone: every boss room and every ability statue is locked in place, as are the huge caverns that link them. The exits that lead from one cavern to the next are in place by design, including the all-important shortcuts and ability-gated paths. To look at Sundered’s map at this level, it’s your standard Metroidvania.

But zoom in closer, and you see the procedural generation at work. Each of those caverns I just mentioned is made up of dozens of smaller rooms, the configuration of which changes each time your character dies. The main entrances and exits for each cavern are static, but how you make your way through changes with every reset, bringing with it the excitement of exploration and discovery with each new run. You don’t have to worry about getting stuck because the proc-gen decided to throw up a roadblock tied to an ability you don’t have yet; if you can get into a cavern, you can always find your way to the exit. At the same time, ability-gated treasure caches and the like are a common occurrence, so revisiting even the early caverns is often worthwhile. 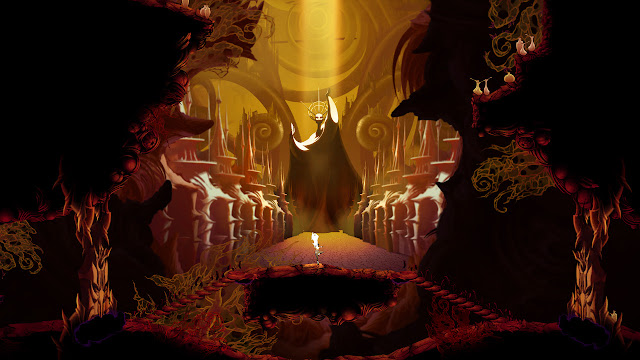 Zoom closer still, and the hand-crafted design comes back into play. The rooms are configured semi-randomly by a script, but each of those rooms is carefully designed to deliver the sort of moment-to-moment platforming challenges that are a common feature of Metroidvanias. The “edges” of each room flow seamlessly into one another, creating sequences that feel almost like they’re that way by design. After some time, you’ll start to recognise individual rooms by sight, but the way they come together is a constant source of fascination.

There’s another random element that’s less successful, though, and that’s in enemy spawns. Instead of being set in specific points, monsters spawn at random as you explore. This is generally not a problem, because they don’t really present much of a threat and are easily outrun, but there’s a lot of missed opportunity to use enemies as a part of the platforming puzzles. However, hordes are another matter: at almost any time, you can get attacked by a huge swarm of enemies that just keep coming until a dice roll decides they should stop. They’re a nuisance at best, and at worst they can make platforming almost impossible. The worst part is that enemies drop little in the way of treasure, so fighting off the hordes often feels like a waste of time.

Bosses, on the other hand, are exceptional. You’d expect as much from the people behind Jotun, but that doesn’t make the encounters in Sundered any less impressive. Mini-bosses are usually much stronger versions of regular enemies, but with more varied and creative attacks. The main bosses are the real stars though; giant, god-like beings that demand quick wits and mastery of your abilities. 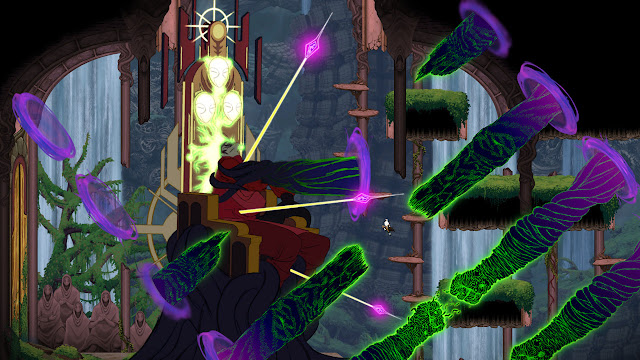 The story wrapped around all of this is one of eldritch horrors and dark, twisted fantasy. It’s an abstract tale of a warrior’s fight for her sanity and the future of humanity, and though it’s the most original or complex tale, it’s captivating nonetheless. Perhaps the most interesting aspect is a sort of moral choice system in which you can choose to either embrace or reject the dark power. Embracing it gets you powerful new abilities right away; rejecting gets you a small treasure bonus and unlocks new nodes on your skill tree for delayed gratification. Most importantly, the choice affects which of three endings you get, and which final boss you face.

Sundered proves that procedural generation and smart, hand-crafted level design are far from mutually exclusive. The combination of the two, and the way the play off each others’ strengths makes this one of the most engrossing Metroidvanias I’ve played in a while. The random approach to regular combat leaves something to be desired, but epic boss fights more than make up for it. If you have even the slightest interest in Metroidvanias, this is a game you need to play.