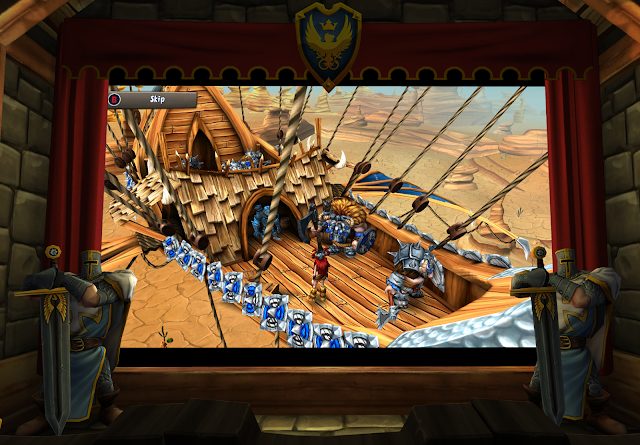 Zen Studios might be best known for its (incredible) pinball titles, but simmering under the surface it has CastleStorm, a crazy mix of Angry Birds, tower defence, and strategy game. It’s available on so many platforms now I wasn’t sure I really wanted to play it through again, and I also wasn’t sure what VR could possibly bring to a game that takes place on a 2D plane. I’m glad I did take the plunge and play this one, though, because Castlestorm in VR is excellent.

There are a couple of key elements to Castlestorm, that make it generally successful as a time waster; that mix of gameplay styles that I mention above, and the light hearted sense of humour that the game has. It’s the kind of silly slapstick that’d you’d expect from a children’s cartoon take on Robin Hood or King Arthur, but with bright characters, and a lovely art style, it’s very appealing in what it does. In VR the game has the added touch that during story sequences the game places “you” in a cinema, complete with popcorn and a drink, to watch the nonsense unfold. It’s a basic gimmick, but it’s fun and adds to the charm of it all.

Once you’re in the game proper, the cinema disappears, placing you instead in a watchtower, or other elevated post, that gives you a good overview of the action. Rather than constantly having to move the camera back and forth using a control stick to take in the entire battlefield, now you just need to tilt your head. It’s intuitive, and a far more natural, comfortable way of looking around, which in turn aids in aiming those catapults and the like that you’re about to start firing.

So how does Castlestorm play, exactly? Much of your time will be spent trying to demolish your opponent’s castle by firing a range of rocks and bombs at it. This plays out much like Angry Birds, only that each missile has a countdown before it can be used again, and that your opponent is trying to do the same thing to you. You’ll need to be fast and accurate, because the defensive options against your opponent’s weaponry is limited.

You can’t just focus on the catapults, though. A second way to win a battle is to send troops to the opponent’s castle to steal a flag from it, and then get that flag back to your own base. There’s a variety of different soldiers to choose from – ranged and melee – which you can’t control once summoned; they’ll go off and do their own thing, battling any enemies they come across along the way. The trick is to not ignore what they’re doing, though. It’s very easy to lose a battle by concentrating too much on what you do have direct control over – the catapults – while the enemy sneaks some soldiers in to grab your flag.

Luckily, you do have one last resort card to play if the ground battle is going against you; you can summon a mighty hero who can dice and slice his way through hordes of enemies with ease. This summon can turn the tide of battle back your way, but it has an obvious downside; while you’re controlling this hero directly you can’t monitor anything else; your opponent will be summoning more units and peppering your castle with catapult projectiles. 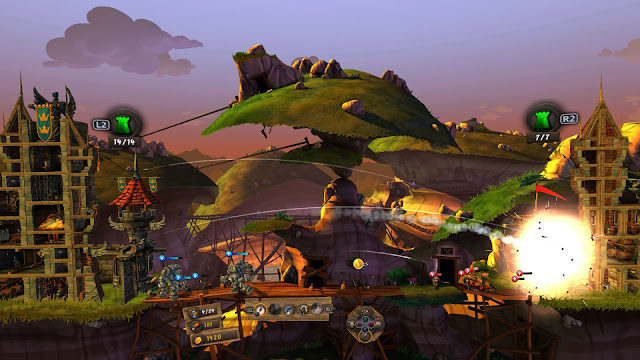 What’s really great about Castlestorm is how well balanced the action is, from the early stages right through to the end game. With three disparate gameplay mechanics, it would have been so easy for balance to be out slightly, forcing you to play in a particular way, but I’ve won battles both by demolishing my opponent’s castle and through capturing the flag. There have been times I’ve never summoned the hero character, and other times I’ve been able to use him to dramatically shift a battle in my favour. Get a handle of the various systems in Castlestorm, and it’s a surprisingly complex strategic experience.

There are a couple of things I would have liked to have seen Zen Studios use the VR edition of CastleStorm to remedy, and was rather disappointed that it didn’t. There is a difficulty spike issue, in that the enemy can jump in challenge level significantly at points, and the only way to counter that is to have your own weapons and units levelled up in kind. There’s some grinding that’s inevitable here, where you’ll need to replay some levels in order to earn in-game cash that you can use to make sure that you’ve got catapult and unit levels up to a minimum standard to be competitive. This is just not the kind of game where is suited to replaying levels.

I’m also not a big fan of the progression system, which awards stars based on performance, difficulty level, and so on. It’s a very mobile-like approach to challenging players to execute on a level perfectly, and it’s artificial and dry in a game that’s otherwise dripping with style and charm. It also further encourages replays of levels which, as I’ve already said, isn’t really the right game for that. 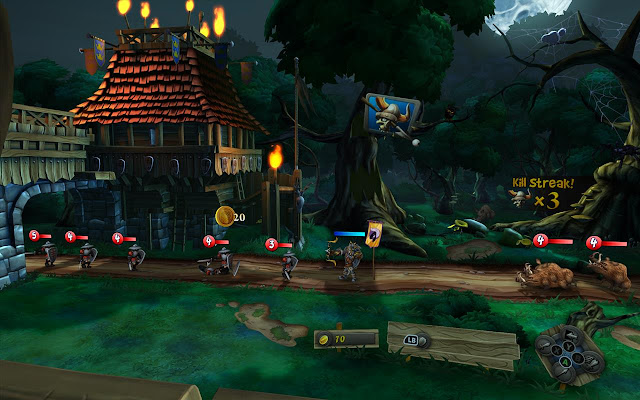 I really like CastleStorm, and I’m so pleased with what Zen Studios has done to make the VR version of it a meaningful upgrade. We’re well overdue for a proper sequel though. There’s so much more that Zen Studios can do with the base formula, and I really think this has the potential to grow into a very substantial franchise.