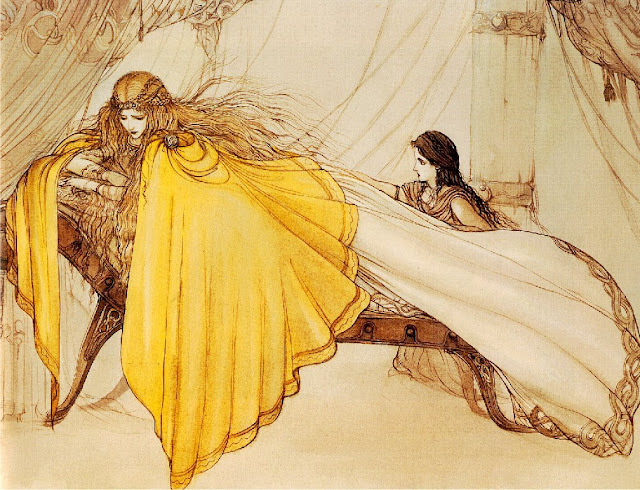 One of the most underrated jobs in the entire videogame industry is the role of the character and concept artists. These people are often the first visualisation of a game, before the mechanics have been refined and, often, before the story is even halfway baked.

I can’t believe we haven’t done this list yet, but there you go. This week we take a look at ten of the greatest character and/or concept artists that are running in the Japanese videogame industry. Some of these people have become so distinctive and so important to some of the most venerated franchises in the industry that they will be remembers as some of Japan’s greatest artists. Others are more in the here-and-now (for now, anyway), but the games that we love playing just would not be the same experience without them.

Of all of this week’s list, Mel is perhaps the least experienced video game artist. He has predominantly come from a anime and manga background, but what contributions Kishida has made to the industry have been, simply, spectacular. The characters in the Atelier Arland series – Rorona, Totori and Meruru, were all designed by Kishida, and whether you prefer some of the other Atelier games more or not, those three characters are undeniably brilliant. Recently, Kishida has come back to lead the visual design of Blue Reflection, and if those aren’t the most beautiful characters in a game this year, we don’t know what’s better. 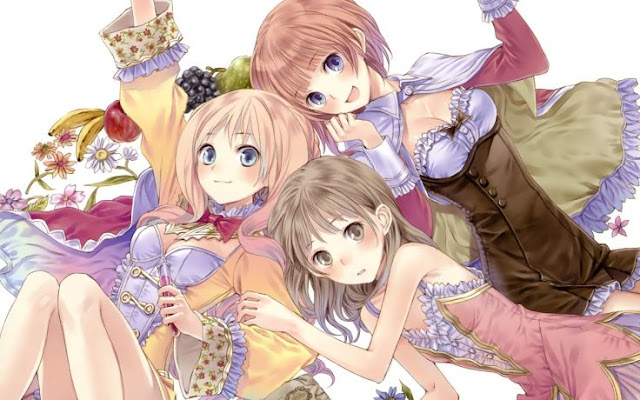 KEI isn’t really a video game artist, but we had to include him, because the character that he is most famous for is not only in video games, but just about every facet of Japanese culture at the moment, and it’s impossible to miss her. I am, of course, talking about Hatsune Miku, and the would owes KEI a very big glass of beer for that design. Miku is one of the most iconic characters ever created – up there with Mario, Sonic, and Mickey Mouse, and while her games might not be as popular as those, they are on the rise, worldwide, and you only need to go to a Miku concert to realise that she genuinely gives a lot of people meaning in life. For an artist, that’s a rare skill, to be able to do that. 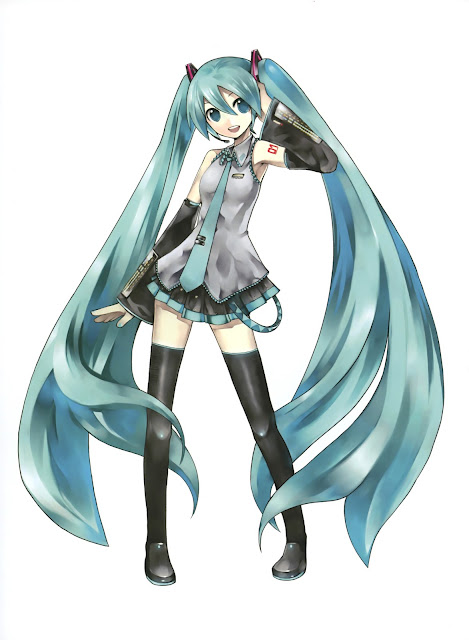 Tsunako is best known for Hyperdimension Neptunia’s ravishingly beautiful ladies, and she’s one of the most prominent artists in the hardcore fanservice anime otaku market – the Akihabara audience – as a result. I had the pleasure of meeting Tsunako once (shameless plug, I interviewed her as part of the process of writing my book), and since then it has always amused me when people criticise that series for being exploitative or whatever. Tsunako absolutely loves her work, and told me point-blank that there was just no other way she could approach character art. 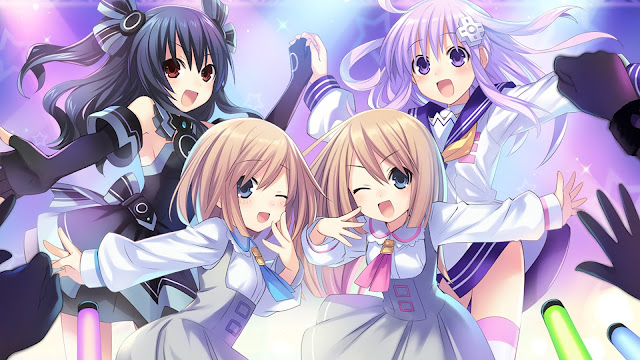 I’d have to say of all the character artists to work in video games in Japan, there are two who are so important, so aesthetically distinctive, and have been so influential, that they genuinely deserve to be considered up with the greatest artists in Japanese history. Akira Toriyama is one of them. Not only is he the artist behind the Dragon Ball phenomenon, but he has also led the character design in the Dragon Quest series, and we all know how much of a cultural icon that is to Japan. No one does the bright, colourful, and very, very clean character designs as well as Toriyama. 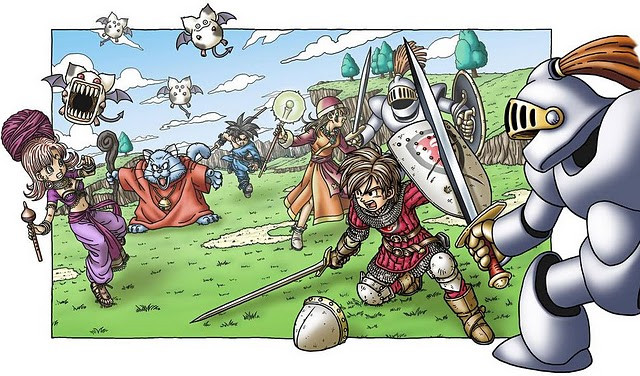 The other utterly legendary character designer is Yoshitaka Amano, otherwise known as the character artist behind so much of the Final Fantasy series. Amano’s art is conceptual, more than practical; he creates mesmerising pieces of beautiful art, and then leaves it to the talented game artists and developers in Square Enix to figure out how to turn those pieces into in-game character models and the like. For setting the scene and tone of each and every Final Fantasy game, however, Amano works are so good as to defy words. Give it a couple of decades and his original sketches will sell between art galleries for a fortune. 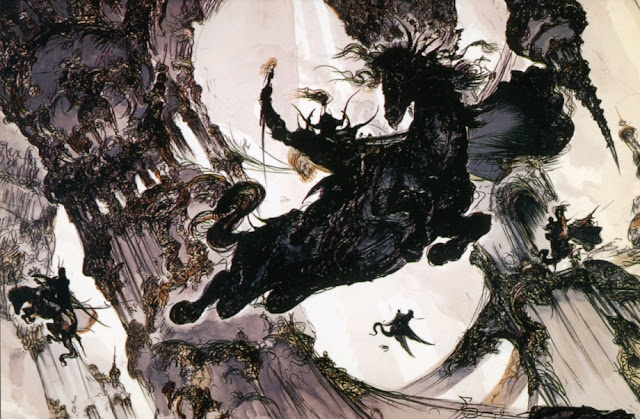 Toi8 has a wonderful approach to art that’s quite a bit different to what we see in a lot of other game character designers, but some of the stuff that he has worked on has been memorable indeed. Tokyo Mirage Sessions #FE stands out as perhaps his biggest work in the eyes of western audiences to date, but he also worked on the brilliant (and sadly defunct) Chain Chronicle for mobile devices, and indeed what helped make that game so appealing was the fact that he was the one contributing the most important character designs. 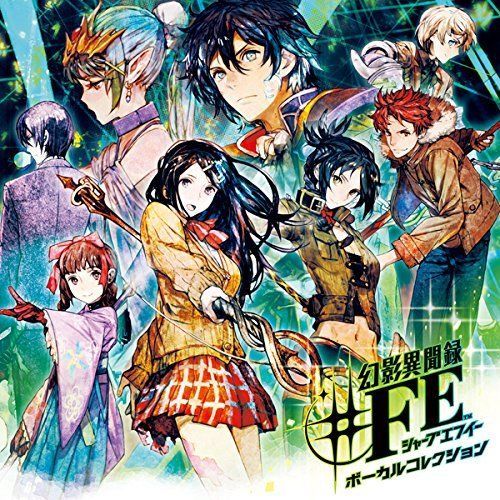 As far as videogames go, Tony Taka is best known for working on a range of different Shining games for SEGA, but he’s also produced art for everything from Fate/Stay Night to Clannad, Ragnarok Online and Bleach. He’s also well known for his work on adult art, because he happens to have an eye for eroticism and rather beautiful ladies. He also has the distinction of being the artist who made me a fan of Miku’s fellow vocaloid, Kagamine Rin. He sketched up a take on her for a figure, and between the incredible legs, incredibly short shorts, and incredible stomach… Yeah, I like that figure. Seriously though, it’s hard to think of an artist working in mainstream videogames that does raw sexuality as well as Tony Taka. 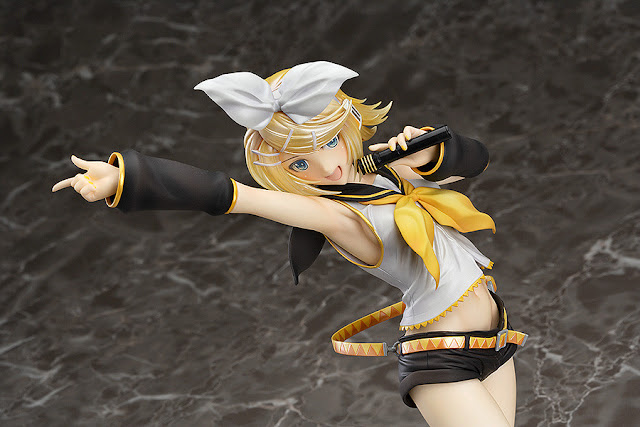 Yukiko Yoko gave the world many delightful things. She produced the most delightful art based on NieR: Automata’s 2B for her husband (yes, Taro), but what Yukiko is best known for is something completely different, and something we don’t get nearly enough of in the west; Taiko the Drum. That’s right, the crazily beautiful, silly, and charming drum character from the most oddball rhythm game franchise of all was hers, and that series just wouldn’t be what it is without that brilliant art backing it. 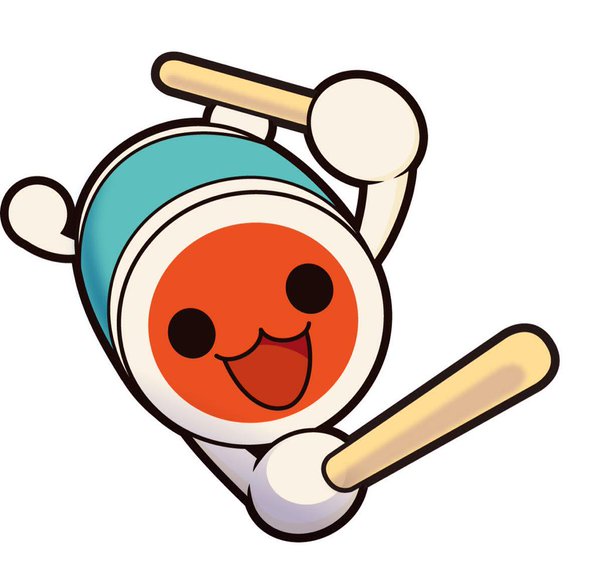 We’ll forgive Yusuke Kozaki for Tekken 7’s Lucky Chloe (yep, he’s the designer), because in almost every other way, this guy’s career has gone from strength to strength. He’s a regular collaborator with Japan’s mad genius maverick, Goichi Suda (Liberation Maiden, Ranko Tsukigime’s Longest Day, No Mo More Heroes), and has become a mainstay for the Fire Emblem series, having worked on Awakening, Fates, and Heroes. Given his first game was Osu! Tatakae! Ouendan, we all should have guessed that he’d end up at the very top of our lists. 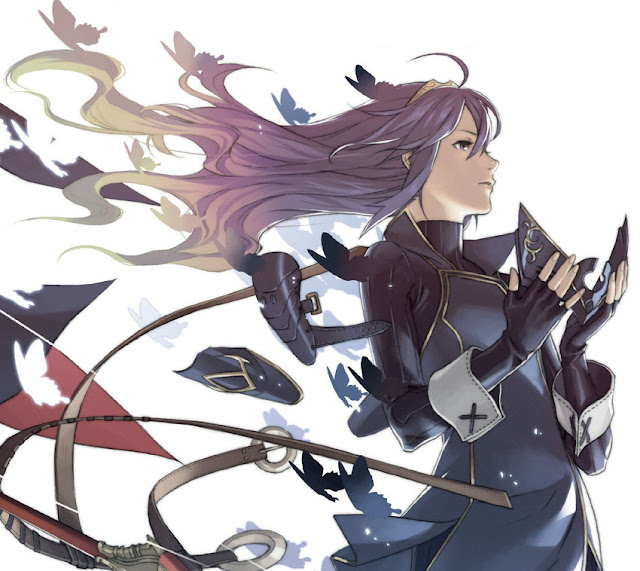 Last, but certainly not least, is Atlus’ in-house art genius, Shigenori Soejima, who has lead character design and art direction for more of your favourite games than you probably realise. Persona 5, Persona 4: Dancing All Night, Persona Q, Persona 4, Catherine, Persona 3, Stella Deus… get the idea? It’s rare that an artist in Japan’s industry would be so tied to a single studio these days, but then it’s rare that a company like Atlus gets access to this kind of talent. I’m sure he’s got the biggest mansion in Tokyo and a luxury cruise liner of his own in order to keep him gainfully employed and exclusively at work for Atlus. I mean, he gave the world Risette AND Ann. That’s a rare talent indeed. 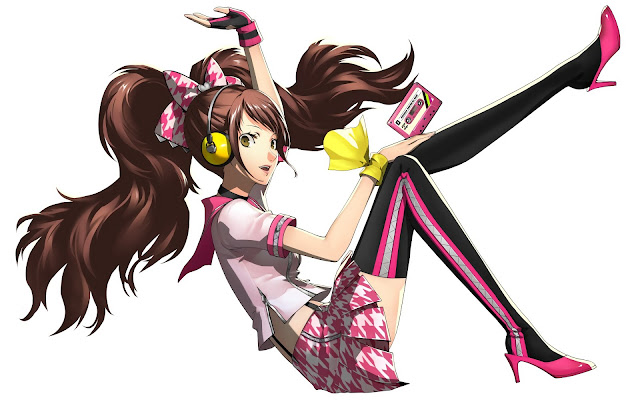