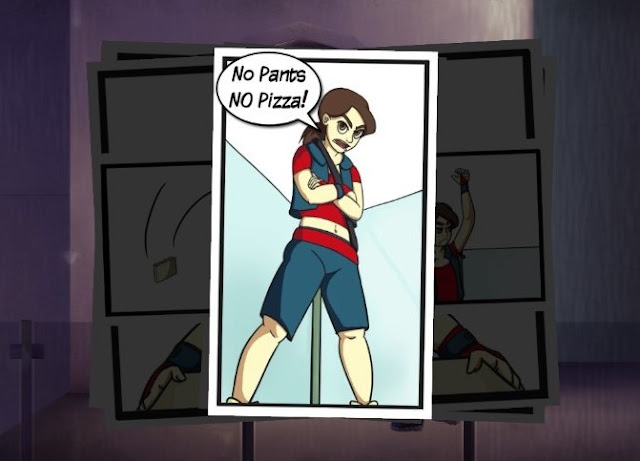 Ninja Pizza Girl is one of our favourite Aussie indie games. Not only is it a slick, entertaining speedrun platformer, but it’s also a game that dealt with some pretty serious themes around bullying and the like.

This week for the fast five interview, we have a chat with Nicole Stark, one of the team behind Ninja Pizza Girl, and one of the best advocates for the local industry. The great news is that Nicole, having worked on the upcoming Yonder: The Cloudcatcher Chronicles, is now working on her next game. It’s been far too long since Ninja Pizza girl! We can’t wait.

Matt S: What are you working on at the moment, and how’s it going?
Nicole S: I’ve spent most of the last 18 months making art for Prideful Sloth’s delightful Yonder: The Cloudcatcher Chronicles. It’s a beautiful game made by super talented people and working on it was a great opportunity for me. There is no better way to learn and grow as a developer than to work with awesome folk. We’re really lucky that we have such depth of talent in Australia.

Right now I’m working on a brand new game. I’m only on day ten of working on it. Given that we generally take at least four years to finish a game it’s really really early days. Far too early to say too much about it. So far it’s going super well. I can’t embark on a many year journey with a game unless I’ve fallen in love with the idea. Right now I’m in that first flush of love, where everything is shiny and new and all things are possible.

Matt S: What do you think about the state of the Australian game development industry at the moment?
Nicole S: 7/10 Could do better?

There’s a lot to celebrate about games industry in Australia at the moment. The amazing community for a start. The support we have from organizations like the GDAA and IGEA and Film Victoria. The studios that are producing their best work and selling well. The studios that are making a solid living doing contract work. The awesome innovative stuff that’s happening in the serious games and education sectors.

We’re still a small industry and there are still too many good people underemployed or heading overseas. Precious few developers are making a comfortable secure living. Indie life is hard and maybe only getting harder. Women developers are only at 15 per cent. I don’t have figures for any other kind of diversity, but I doubt that’s great either. We’re training more baby devs per year than there are jobs in the entire industry. I don’t think education is ever wasted but those figures do make me sad.

Matt S: What recent game would you recommend to people at the moment, and why?
Nicole S: I’d recommend Old Man’s Journey. It’s a very pretty, well-polished game. The pacing is on point and the mood and mechanics match beautifully. I did roll my eyes a little bit at the premise, but I’m halfway to old myself so my perspective on aging and regret is probably different to yours.

Matt S: What’s something you love about the general games industry at the moment, and what’s something you wish would change?
Nicole S: Aren’t we making great games at the moment? This is a very young industry, and we’ve just been making it all up as we went along. It’s no wonder there’s been a few misteps along the way. I feel like we’re really getting good at making games now. Games, not just the one type of game! Yes there’s still a way to go to make the industry as diverse as IRL, but you’ve got to celebrate the progress that’s been made.

And what would I change? There’s still a lot of dickheadedness in the way games are made, played and sold. It drives a lot of people away from our hobby. I’m sure there are people who enjoy all the toxicity. Those people are living their golden age. The rest of us just have to hope ours is coming.

Retro reflections: Where the hell is a new Final Fantasy Tactics, Square Enix?