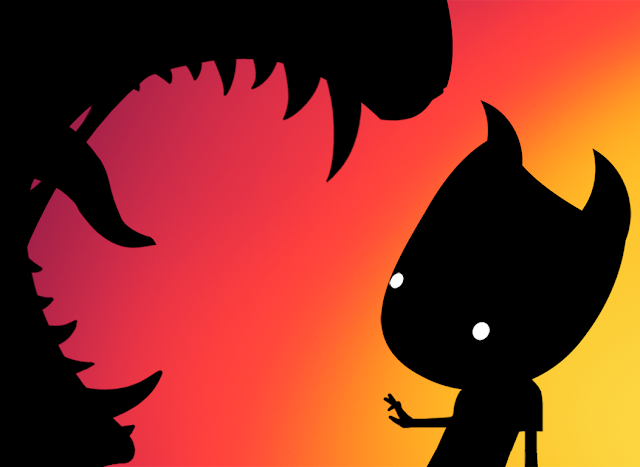 Imitation is the highest form of flattery, or so they say. In some cases, however, I’m sure the flattery is only felt when the imposter does justice to the original.

If you have seen screenshots or video of Toby: The Secret Mine before, no doubt LIMBO entered your mind at some point. It’s a 2D puzzle/platforming game with a silhouette art style. It also tells its narrative through the on-screen actions of the characters, with no voice, text or anything of that sort. What it amounts to at the end of a day is what feels like a copy/paste job with some adjustments here and there. It is a bit like that time in The Simpsons when Principal Skinner described his idea for a book, Billy and the Cloneasaurus, and discovered it was identical, but worse than, the Michael Crichton smash-hit, Jurassic Park.

Toby sets off on a quest to rescue his friends from a red-eyed entity who keeps running away and setting traps in Toby’s path. Throughout the 21 levels of the game, it’s the only real theme, chasing this creature and saving your friends. It’s simplistic, but when everything else in the game is equally simple, there’s no real complexity to the game that drew me in further. It didn’t really feel like the game itself was invested in telling its story either. I never really knew why Toby’s friends were captured, and the repetitive jungle music that started every time the red-eyed bad guy ran away became grating pretty fast. As Toby progresses through the levels, the basic idea is exactly the same, right until the end when there’s a moral choice to make, and the game ends. 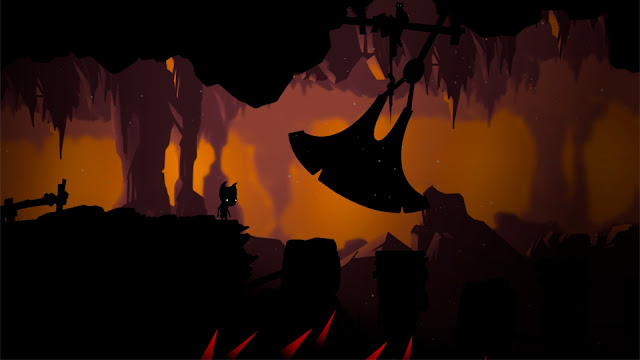 The only obvious difference the developers did to differentiate Toby from LIMBO was to make the backgrounds coloured instead of monochrome. It’s certainly dazzling to begin with, but the constant use of pulsing lights gave me a headache. I did however appreciate that the colours were used to reinforce the environment, with drab grey/blue for a rainy level, bright yellows and oranges for deserts, and so on. The perspective is zoomed in closely most of the time, so it does feel a tad claustrophobic at times when it’s difficult to determine where to head next.

The puzzles themselves, the heart of the game, are overwhelmingly disappointing. There are traditional puzzles like pushing boxes to reach high areas and pulling switches and getting the timing to jump from platform to platform just right. Many puzzles are simply trial and error. On more than one occasion, Toby died upwards of fifty times attempting certain jumps and experimenting before finally succeeding and making it to the next part of the level. Solving these puzzles does not offer gratification like a good hard puzzle can, and most of the time I just felt relief that Toby never had to attempt it again.

The types of puzzles that occasionally pop up are hindered by the art style. In some instances, what Toby needs to get to is beyond a wall, floor or ceiling. Being that everything is a silhouette, there’s no indication that Toby can head through that particular obstacle to reach his destination. Sometimes an object Toby needs is actually in a tunnel, but can’t be seen because everything is represented in black. Everything looks like it would stop Toby in his tracks, like any wall should, but the fact that there’s no difference aesthetically in a solid and a non-solid wall hurts the level design. Having to walk into every wall I come across just in case it wasn’t really a wall is not a joyful experience. Not only that, when I wanted Toby to actually land on a platform after making a jump, there were times where he just went straight through and died. It was just always so hard to figure out what Toby could and couldn’t touch in the world around him. It feels like a huge design flaw. 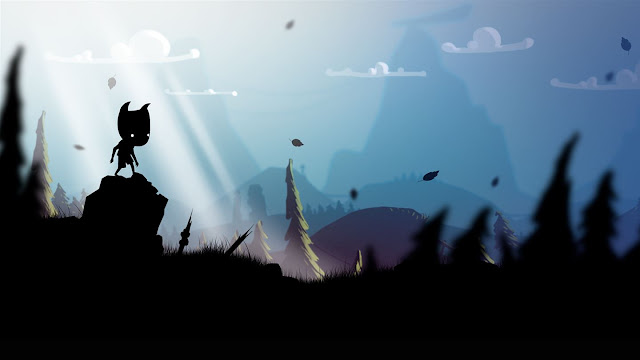 I think what made LIMBO a much more well-rounded game is the pacing. Toby feels like it moves so much faster than LIMBO, and that slower speed of LIMBO allowed the player to take in everything that was going on in the world. There was an overwhelming sense that everything was dangerous, and being killed in LIMBO was an experience in itself. The pacing of Toby begins in a similarly slow fashion, but then everything ramps up suddenly with no rhyme or reason. The aforementioned deaths ramp up quicker as well, and none of them feel like it was my fault whatsoever. Dying in Toby feels mechanical, rather than emotional; Toby isn’t someone I care about for any reason. It’s bold for the developer to have created something so similar to an often recognised masterpiece, but ultimately it didn’t pan out as well as I assume the developer hoped.

Related reading: A review of Limbo, which this game cribs ideas from so clearly.

To be honest, the only redeeming factor of Toby: The Secret Mine is that it’s not one of the many, so many, “roguelikes” or pseudo 8-bit platformers that are the norm these days from indie developers. It felt kind of refreshing to go back to 2014, even for a fleeting moment. The ideas in Toby are sound, the execution however is a lot to be desired.

Review: The Girl and the Robot (Sony PlayStation 4)