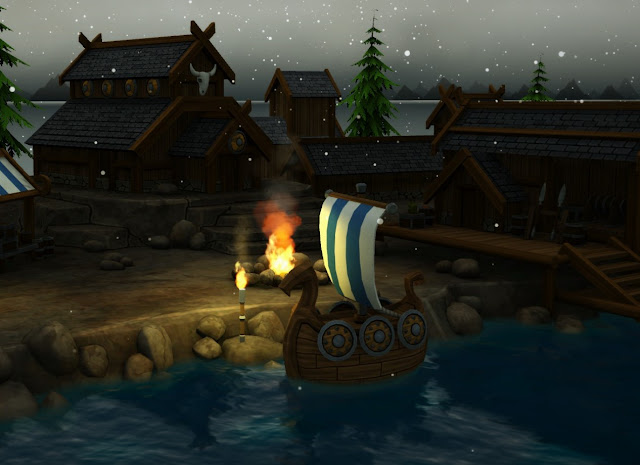 I’ve got a bit of a bone to pick with the phrase “rogue-like” and its use in modern gaming vernacular, and I always treat a game with a reasonable dose of skepticism when it self-promotes as such. Before anyone gets outraged, this isn’t a criticism of developers who label their games “rogue-like” or “rogue-lite”, merely an observation that over time, the phrase has been used so much that it has lost its meaning. When we pick up a rogue-like game now, the only real tenet of the original that you can expect without fail is the fact that something, somewhere integral is being randomised.

In all seriousness, “something, somewhere integral is being randomised” is an concise way to sum up Iron Tides’ approach. It’s a cutely packaged viking survival strategy game that takes a light approach to multiple genres and smushes them up together on a longboat. You play the somewhat omniscient, all-knowing leader of a band of vikings who leads your merry band of shieldbrothers and shieldsisters across the expanse of the ocean. Those who fall in combat are forever lost to Valhalla, and staying alive on the high seas is partly fortuitous random encounters and partly smart rationing. In keeping with the light-handed approach at this point in the game’s development, your initial motivations aren’t the most fleshed out but you do get the sense that part of the fun is having ownership of your own adventures and creating them through responding to random events.

The factors that the game prides itself on randomising can be split into two parts: your crew, and navigation. For example, each time you leave your cosy base of operations, you get thrown into a splendid grid-based map to grapple with. Each tile that you move costs you stamina, and the more trusty fighters you have on board the bigger the drain on your resources. Your field of vision is limited even though you have a vague idea of where your destination is (i.e. to the north, south, east or west), which makes for some degree of frustration when you think you’re charting a mostly straight path, only to be turned away because of a single obstacle between you and the end that you don’t notice until you’re low on food and down on your luck. 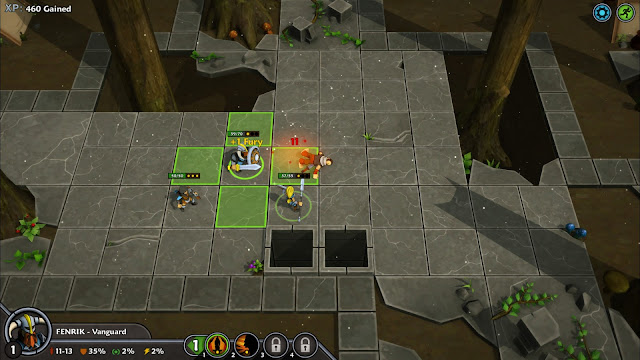 For all my grumbling, I think it’s fair assumption that the navigation troubles are a means of staying accurate to the source material of viking sea voyages and the nonexistent technology of the time, and it does lend some fun to the proceedings. The other mechanic relying on a roll of the dice is the skills of your party members. Each warrior you recruit comes with a single default attack, and the rest are a handful of random ones (picked out of 7 per relevant class) to round them off. It does lend for some variety between the characters generally, but with only a few classes to choose from plus the 7-skill caveat per, the random effect starts to feel less so over time.

Generally speaking, the aspects that do rely on RNG in Iron Tides currently suffer from the quantity restraints of the sort of stuff that you can randomly get. The seafaring adventures are still novel after hours of playing, but it can all get a bit rote when it comes to character creation and the sort of pirates that you encounter in combat. The game’s in its early stages yet, and the Kickstarter bodes well in terms of content that could be added in the future as financial targets are met. I could just be one of the unlucky few, but the game has a solid mechanical foundation and a charm that it can build on despite the limitations on variety that currently cling to it back.