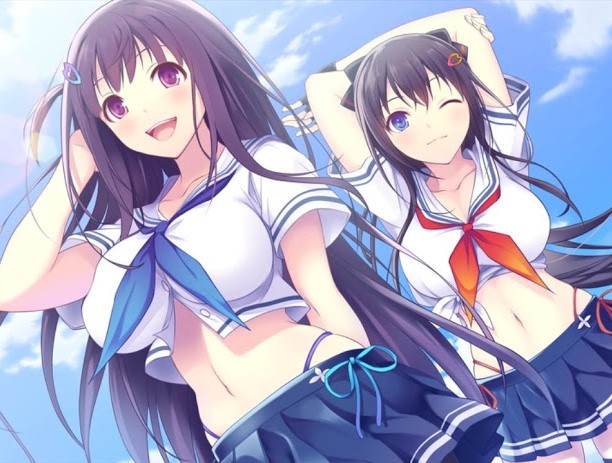 Last week, Destructoid’s Jed Whitaker published a review of Valkyrie Drive: Bhikkhuni in which he referred to fans of the game to be “paedophiles.” After a storm of criticism for doing so, he updated the review so “aspiring paedophiles.” A third edit, by his editor, has removed that reference altogether.

As it is now, the review reads fine, for the most part. It’s not a good review, as it’s lacking in much substance beyond statements to the effect of “I found this to be gross, unenjoyable, and perverse, and therefore it is,” but it’s hardly unusual for someone to mistake an unsubstantiated opinion for an analytical critique in this industry. However, the pejorative tone persists through the review, and is, of course, quite common when you look at just about every game of the ilk of Valkyrie Drive. Whether it’s Dead or Alive, Senran Kagura, Hyperdimension Neptunia and, one assumes, Blue Reflection once it launches, there’s a significant number of critics, bloggers, YouTubers, forum users and general pundits that equate being a fan of these games with being a dirty pervert in dire need of electroshock therapy.

It’s one thing to formulate a critique of a game. I’m certainly not suggesting for a moment that any of these games should be above criticism. I don’t always agree with the criticism, or I enjoy the game despite its problem content, but I can certainly appreciate that there’s a very productive, healthy, and important discussion to have about exploitation and sexuality in games. I can certainly appreciate that a game like Criminal Girls, where you need to sex-torture girls into submission, or Zombie High School Shooter, where the zombies are after panties, not brains, would upset people to their moral core. I know this feeling, because I have a similar reaction to other games. Games that don’t concern people like Whitaker.

By way of example: Also last week I was sent a press release for Hunting Simulator, as well as the opportunity to review it. I politely declined, suggesting to the PR that I am the last person on the planet that anyone wants reviewing a hunting game. There are few things more sickening to me than the idea of taking a gun and setting out to shoot something for the purposes of entertainment. To me sport hunting demonstrates an extreme lack of respect and appreciation for life, given that all our food needs are already met, to excess. I cannot, for the life of me, fathom why someone who is not interested in hunting in real life would play a video game simulation of it, but I know that there are people who do. To extend to them the same contempt that I do real life recreational hunters would be deeply unfair to them

In fact, I find guns distressing in general, and any game that makes gunplay into an entertaining activity to have quite disturbing implications. The idea of actual military conflict, on the ground, in the trenches, being seen as exciting or entertaining mirrors the propaganda that was used to “sell” both world wars to young men to get more recruits, and I find the implications of that to be uncomfortable, above and beyond the implications of turning guns into toys and the act of firing them to be consequence-free.

And I’ve said as much in reviews in the past – the games in these genres that I’ve managed to sit through enough to actually form opinions on, at least. However, what I don’t do is imply that people who enjoy games like Call of Duty or Hunting Simulator are bad people. Whatever I might think of the games, I would never suggest that a fan of these games is a “mass murderer” or even “aspiring mass murderer.”

I don’t do so because it’s patently not true. Playing a game in which you pick up a gun and then storm the beaches of Normundy isn’t going to make you pick up a gun and storm your local school, shopping mall, or government building. Playing a hunting game won’t make you become a hunter. Almost every single person on the planet has a fundamental understanding of the difference between the content in a game and how the real world works; just as they do for books, films, and any other media imaginable. Those few people who don’t are going to pick up a gun and do horrible things with it regardless of whether they play a particular game or not.

Similarly, take Dead or Alive Xtreme 3 as an example. The overwhelming bulk of the “gameplay” in that title is taking photos of the various characters in their various swimsuits. Not for any reason, mind you. Just because they’re there, and you can. It’s pure voyeurism. Now, I also happen to own a camera with full telephoto lens and I live a five minute walk from the beach. Not once have I even considered taking the camera down there to see if I can find some women in bikinis to photograph, and that’s because, like with any well adjusted human being, I manage to keep my activities in video games separate to what I expect to – or indeed want to – do in the real world. I’ve got no more interest in taking photos of women at the beach than I do picking up a gun and shooting up my local shopping mall. And yet, people like Whitaker would have you believe otherwise. Not for any reason supported by research or analysis, but simply because he doesn’t like bikini games, so I must have a mental problem. It’s narcissistic at best,

Beyond the deeply misguided and immature conduct that I’ve outlined above, people like Whitaker who simply dismiss games like Valkyrie Drive as being “perverted” do games as an art form a disservice. While I turned down Hunting Simulator, I do try and play some games that make me uncomfortable in order to unpack what makes me uncomfortable about them, and then use that as the basis of a discussion around the game – the reviews or articles I write. If I was to use those articles to instead criticise the people that played them, then I wouldn’t be putting forward a critique about a theme that concerns me. I wouldn’t be dealing with the issue at all, and readers would respond in kind. This is exactly what happened with Whitaker’s piece, with the discussions around it degenerating into the insult he caused with his comments attacking players, rather than around his point of view on the game’s themes and narrative. As the editor who removed references to “paedophile” from the review said himself “the comments below are way, way off the topic of videogames.”

Again, it’s perfectly fine to criticise these games on the content in them. No one saying you have to agree with games that make you feel uncomfortable and indeed in criticising them we create discussions that are ultimately to the benefit of the entire industry. But, there is a continued perception in the industry when it comes to games with sex content that people who enjoy them are as much of a problem as the game itself is seen to be. That is no more fair than to suggest that people that enjoy shooters are more likely to be responsible for a gun massacre, so let’s all stop with the pejoratives, yes?