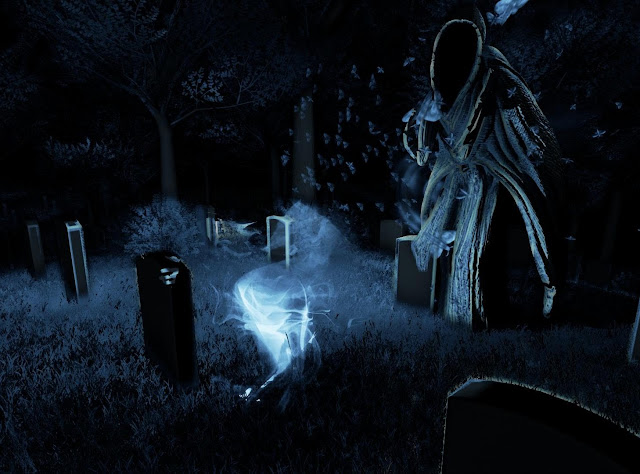 Perception is a game that I am thoroughly convinced is very genuine in what it wants to achieve, but unfortunately the developer team lacked the ability to execute to that ambition. It’s the game that everyone knows as “the horror game about the blind girl,” and while I am utterly and completely on board with games that are able to help people understand what it’s like to live with a disability (as Beyond Eyes has already done for blindness), Perception ends up trivialising that disability, and that doesn’t sit well with me at all.

This is basically a “walking simulator.” You play the aforementioned blind girl, Cassie, as she explores a haunted mansion that is connected to her in some way, and tries to come to terms with some disturbing dreams that she’s been having. That means that, for the most part, you’re wandering around as Cassie looking for the next object that will trigger the next bit of narrative. The game tries hard to shock and surprise you with noises, movements, and shocking imagery and themes, but in terms of gameplay, there’s only really one vague threat that shows up here and there. It will attack Cassie, but it’s arbitrary and perhaps thrown in because the developers lacked the confidence to drive home a truly threat-less horror game. Aside from that threat (which, if it shows up, you need to run and hide from, else it catches you and sends you back to a checkpoint), the game is largely about figuring out where the narrative clues are and solving the odd puzzle.

In theory Perception’s greatest challenge is meant to be Cassie’s blindness, and again, there is so much potential here. Being blind must be an utterly terrifying experience at times, as the lack of sight would inhibit the control and awareness you have of your surroundings, as well as inhibit your ability to do anything about any dangers in the environment. These same traits – the loss of control and relative powerlessness – are exactly the same things that the horror genre itself trades off, so pairing blindness with horror would, on the surface, seem like the perfect way to really hammer home for those with sight – like myself – empathy for those that have none. 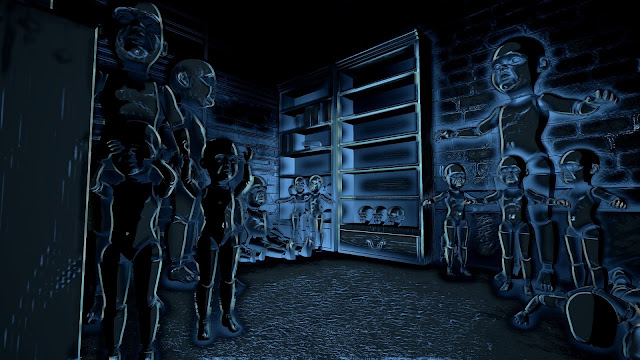 It takes about ten seconds to realise that in Perception you’re not really “blind,” and the whole thing is an utter contrivance. Cassie has the ability to tap on surfaces, which sends out a noise shockwave and highlights everything in her vicinity for a time, as though she had perfect sight, but could only see in one colour. The game quickly degenerates into an loop of tapping the floor then moving, occasionally ducking away from the game’s one material threat, and admiring just how shoddy the furniture models and environments would look if they weren’t rendered in a weird “blind person’s sight spectrum”. I appreciate that blind people are indeed able to navigate their way around the world using sound, but I am certain that it doesn’t work by giving them a blue-hued perfect visualisation of the world around them.

It got ridiculous to the point of Cassie being able to derive meaning from objects that could only possibly have meaning to someone with sight. Like, for example, documents (no braille implied) and photographs. Being a talkative sort, Cassie would also frequently comment on things she could see before she had reached them. I didn’t even put “see” in quotation marks in the previous sentence precisely because within a minute’s play I had completely lost the suspension of disbelief that she was blind at all. As far as I was concerned, Cassie could see and therefore the stick tapping radar mechanic was arbitrary and a pointless way to try and create a slightly different context to the horror without actually doing anything differently.

What’s worse is that there’s already precedent for doing a horror game where you really don’t have access to your sight facilities. Papa Sangre on mobile devices is a purely audio driven game, but it features movement (you need to listen to the sound of steps and other ambient noises to place yourself in the world), and its fear is real; you can’t see what’s going on around you, and that messes with your mind something severe. Papa Sangre wasn’t trying to actively encourage empathy with the blind though, as Perception does. It was just an atmospheric little experiment. Perception wants to be more than that, but it really needed to be better constructed in order for the rest of the game to really land home. 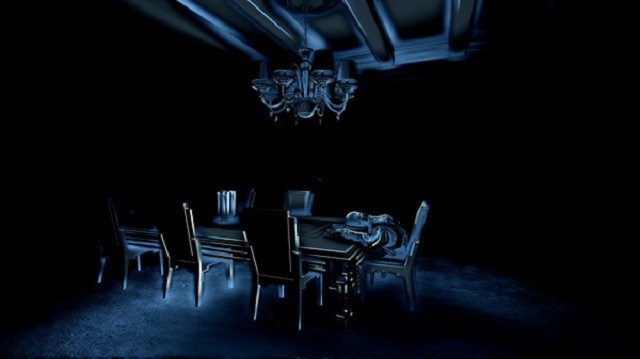 Which is a pity, because the potential is there in the narrative. As Cassie, you experience a number of different time periods in the house, and the various horrific stories about what happened in there, while slowly coming to understand Cassie’s own role in the whole nightmare. The game touches on all kinds of incredibly serious stuff – up to and including child abuse – but, coupled with the generally unbelievable gameplay, never manages to do these themes justice. Again, I think the developers had a very impressive briefing document to work with, and I think the ideas are spot on to create a truly remarkable horror experience, but the way the game skips through major narrative revelations with the speed of your average Dr. Seuss book, it’s also a game that comes across as spectacularly disingenuous at times. And if you’re going to deal with topics as utterly serious as child abuse as a theme, you need to be very genuine about taking the theme seriously.

Perception was an opportunity. It was a real, genuine opportunity to do something remarkable with the horror genre, and join a couple of other experimental ‘walking simulators’ such as Layers of Fear, Everybody’s Gone To The Rapture, and the recently-released The Town Of Light, in proving that the horror genre in video games can be cerebral, rather than visceral, but this one largely misses the mark. If your big point of difference is that you’re playing a blind girl, but the way you’ve structured the gameplay means that she doesn’t behave blind at all, then you’ve shot your game’s credibility in the foot before it even starts.

A month of Final Fantasy XIV: Stormblood – Diary 2: To Doma