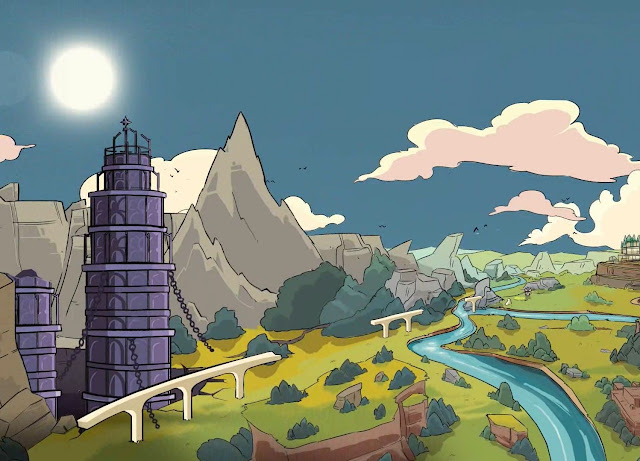 Contrary to the associations that the name may bring to mind, Mages of Mystralia wasn’t gestated by a studio nestled somewhere in Sydney. The minds behind Mystralia are actually based in Montreal, and the studio itself – Borealys Games – is a small but enthusiastic indie that has brought a lot of its own spirit to its newest title.

Mages of Mystralia is, at its core, a wholesome adventure game. It has an adorable art style, with blocky graphics and an incredibly vibrant colour palate. Stylistically, it’s very familiar, and it’s a little like ordering your favourite hometown dish at a new restaurant; the experience itself is enjoyable enough, but something feels like it’s missing. That being said, it clearly has its own innovations and twists on the genre, particularly considering the inclusion of a spell system that is equal parts Magicka and logic puzzler, which adds flavour to proceedings that are otherwise generally unsurprising.

The story revolves around Zia, a young mage that the player controls during the entirety of the game. The initial premise isn’t too complicated, and it’s another take on a tale that we’ve heard before: mages are revered until one of their kind turns evil, and then everyone turns into a mage-hating bellend while said mages are scapegoated before being forced into hiding. The narrative gets props for never veering off-track, and it hits all the right tones at all the right moments even though it the main storyline itself can be finished up within 10 hours. There’s a good balance of the whimsical, the sorrowful, and the mundane, all delivered in a well-organised fashion. There’s lore if you care to look beyond the immediate history of the world’s setting, and the sidequest characters that I did encounter had their own charm, if not fully fleshed out in terms of background or motivation. 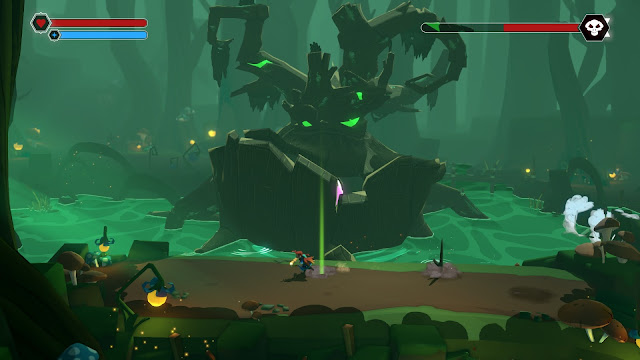 Nothing is really hidden from you in Mages of Mystralia, which in its own way is refreshing when a lot of games try to make big bucks off unexpected narrative twists that come off more ham-handed than not. I liked knowing exactly where I’d come from, exactly what I had to do, and exactly what was in store for me if I did those things. The plot was uncomplicated, but that fit in neatly with the world that had been built and the way that the studio wanted your adventuring to play out. That neatness was unraveled slightly at the end when everything succumbed to a rather predictable reval, but it was a small blemish on a solid, old-fashioned delivery that was likely used to set the scene for a sequel. Perhaps a little more grating was the optional stuff in the game, though perhaps not for the reasons that one might assume.

The best illustration of this is the fact that I clocked the game with a 55 per cent completion rate overall, which was a clear sign that there was a lot of stuff that had flown under my radar. However, I wasn’t trying to go out of my way to avoid doing things. I usually fancy myself a completionist, as evidenced by my determination to do every single bloody sidequest in Breath of the Wild even if it means climbing mountains for hours to get a mushroom addict his fix, but here the optional stuff was just incredibly inconsequential. The sidequests and puzzle sequences that I ended up doing were intriguing and fun, but I honestly never even noticed that the majority of them were, well, there. There was a fair bit of exploring on my part as well, and the only plausible explanation that I can come up with is that I’d failed to amass the necessary spellwork to get to some of the other content but the fact that I’d only touched on half of the game’s content was, in hindsight, a bit disappointing. I’d usually throw myself right back into things and try to root out everything that I missed but I just didn’t feel that same drive with Mages of Mystralia.

Strangely enough, part of that is attributable to the good delivery of the story. It was interesting, it unfolded well, and all my favourite puzzles were part of main narrative quests. Because of that, I never got bored of trucking along with the plot and I never felt the need to stray too far off the beaten track because I was honestly just excited to see what happened next. In playing to one of its core strengths, the game ended up trivialising the stuff that was actually quite charming when you had the chance to encounter it. There could have been slightly better integration of side quests and the opportunity to pick up extra spell elements would have benefited from stronger signposting. The fact that I felt comfortable nipping through the story and dispatching various enemies without having to deviate beyond a (relatively speaking) handful of different spell structures did a bit of a disservice to the comprehensive magic system that was meant to be a very big selling point for the title. 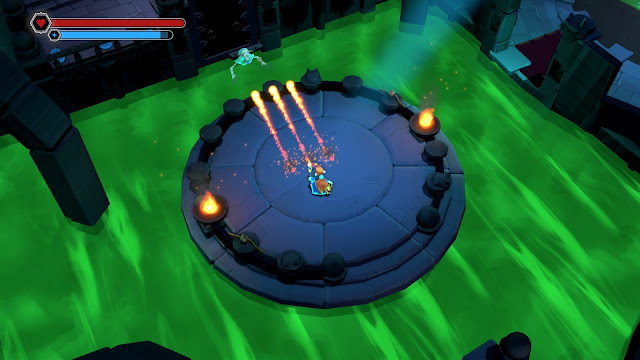 Now don’t get me wrong, I enjoyed the spellcrafting too. In line with my somewhat double-edged compliment about the narrative, it was a beautifully designed system that I got a lot of mileage out of initially. The short of it is that you get four base elements with which to build your spells. Throughout the game, you pick up different runes, and their purpose is to alter the basic missile spells that come with those elements in a variety of tricky ways. Each rune serves as a sort of command – you can instruct a spell to go left, to turn in a variety of directions once fired, to propel you across the ground, to rain from the sky. A decent amount of time will be spent trying to come up with the right mix of runes and in-game positioning in order for you to get the better of the number of puzzle scenarios scattered throughout the world. That being said, my original comment stands; as much fun as I had concocting my own crazy elemental haze, the fact that I could work my way through pretty much the entire story using under a third of the available runes was a bit disheartening. In fact, every boss was wiped up with the stock-standard combination of running away, recharging mana, and firing off a basic missile. Borealys had clearly done the legwork of coming up with a quirky and engaging spellcrafting system. The problem here was that there just wasn’t enough incentive to actually get stuck into it at a more than perfunctory level.

Mages of Mystralia has a lot of heart, and was very easy for me to put aside the flaws that I encountered because working through the game was incredibly fun. The characters were quirky, even if readily recognisable, and the spellcrafting system will remain one of my favourites in terms of how it worked mechanically and how it felt to develop the correlating magic skills in-game. Finding and mastering those runes was incredibly rewarding on the occasions that they did come in handy, and I only wish that I had been encouraged to take my eyes off the prize and to flex those mage muscles in puzzles more frequently. Speaking of the puzzles, those too scaled incredibly well with the game’s progression, and they were satisfying without becoming frustrating. All in all, this title was an enthusiastic, if not polished, comfort pick.

Borealys saw a winning formula, gave it a little glitter, and came up with something that plays well to both young and old audiences without relying on any gimmicks. My only regret is that in playing so much to its narrative strength, it left a lot of environmental world-building and magic-mastering hidden in the background when those well-designed elements deserved so much more than that.