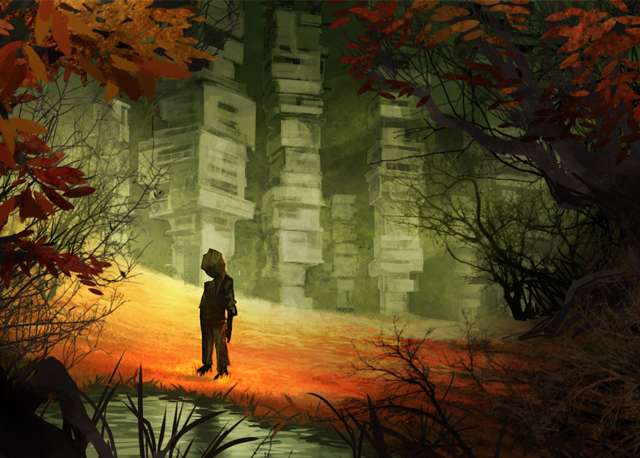 Empathy: Path of Whispers wears its inspirations on its sleeve. It draws heavily on games like Dear Esther and Gone Home in terms of presentation, atmosphere, and approach to storytelling, and – as the title suggests – is similarly interested in emotional, personal tales about people. However, where those games and other “walking simulators” that followed it eschew objective-based almost entirely in favour of interactive storytelling, Empathy is all about trying to put the “game” back into the genre. Sadly, it doesn’t really work. Empathy has an interesting tale to weave, but each little snippet of story is hidden behind arbitrary puzzles that serve only to be a nuisance and interrupt narrative pacing.

Related reading: What Remains of Edith Finch is another game that brings a more gamelike element to the walking simulator genre. Read Britta’s glowing review.

As such games often do, Empathy starts with little context about who you are or what’s going on. You’re in a little room, and a voice tells you to “Push the red button.” So you go to do that, picking up a little scanner device that was in the way, and suddenly warning sirens start blaring and the other guy starts panicking. Next thing you know, you’re whisked away to a strange, surreal world where society’s collapsed and people are, seemingly, no more.

Fortunately (or not), the guy who was talking to you before is still on the line, still ready to instruct, so with his guidance you start exploring this world with the aid of that scanner you found. All over this world are objects that live in a sort of limbo between existence and non-existence, and by solving simple wavelength-matching puzzles with your scanner, you can bring them firmly into existence. These objects also come with the residual memories of the people who used and wore them, and it’s through these that the story of Empathy unfolds. 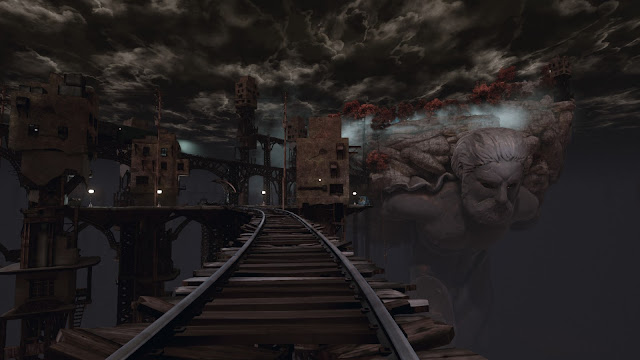 The world was collapsing, for reasons that aren’t entirely clear to me even at the end, but at least some part of the chaos came down some sort of experiments involving machines designed to somehow improve people, but instead just drove them crazy. A small group of people fled the city to try create a new society, tucked away in a secluded mountain range. Eagleview, this community was called.

Looking through the memories of the people who lived there, you get to see how Eagleview rose and fell, as a community conceptualised as a new, better, more enlightened society struggles to actually put that into practice. Different people have different perspectives on what that ideal society looks like and how to achieve it, and the encroaching end of the world certainly doesn’t help matters.

It’s a story that gravitates between fascinating and tiresome. The central idea is that flaws are an inherent part of humanity, part of what makes us human, and any effort to “fix” those flaws, be it from fantastical technology or societal rearrangement, are ultimately doomed to failure. It touches on a great many such concepts, albeit with varying degrees of success. There’s a criticism of technocratic eugenics – “We’ll create machines that ‘fix’ people!” – that carries on a long-held sci-fi tradition, even if it doesn’t really have anything new to add. Then there’s what seems like an attempt to criticise communism, landing on the all-too-common result that communism can’t work because people are too inherently greedy and authoritarian. 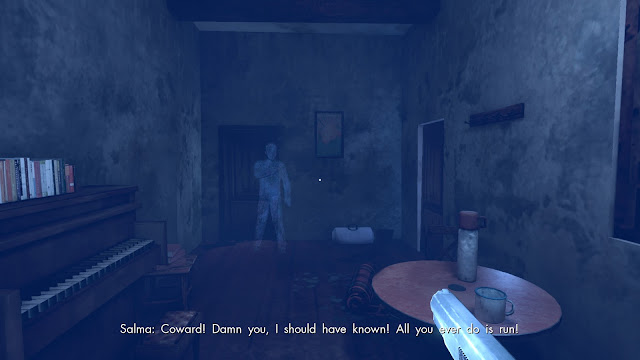 Regardless of philosophical outlooks, Empathy tells a story that’s at least thought-provoking, and that’s more than can be said about a lot of games. The characters that drive it aren’t the most interesting bunch, and the writing can be clunky at times, but it all folds together into something interesting and clever. The moody, surreal atmosphere helps drive all that home, creating a world that feels equal parts alien and mundane.

And then the “game” comes in and pulls it all apart. Those wave scanner puzzles I mentioned are inoffensive and actually contribute to your place in this world; you’re an investigator piecing together a mysterious story on the edge of reality, and using your scanner to materialise clues fits that theme nicely and makes you feel like part of what’s going on. Where this the extent of the game, Empathy would be a fine game indeed, and a great example of how more traditional game design can contribute meaningfully to a walking sim.

Instead, it loads up on far more tedious ludic elements that turn what should be a short, intense narrative experience into a whole lot of aimless running around. There are logic puzzles that aren’t too taxing, but nonetheless take up time and contribute little. There are platformer sections, which rarely work well in a first-person game, and this is no exception. The worst are the item-based puzzles, which have you running all over the map looking for some specific item or other to progress – sometimes with clues, sometimes without. At one point, I spent a good two hours trying to find a transistor that I needed to turn on a power generator to unlock the door to the next place; it turns out it was tucked away in the previous zone, easily missed and with nothing to suggest where I might find it. 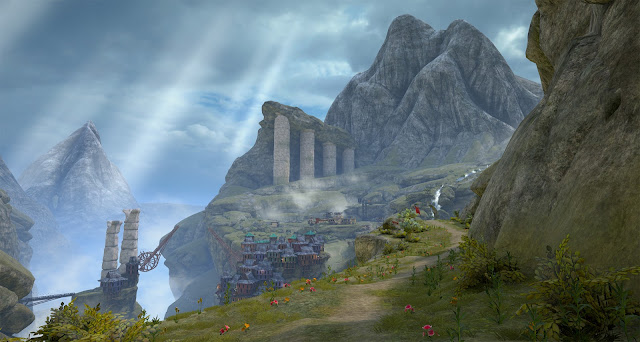 Once you’ve found your needle in a haystack, you can look forward to some good old-fashioned moon logic to actually put them to use. One situation had me fumbling to turn on a machine; trial and error eventually taught me that I had to use a schematic in my inventory to do so. I guess that the schematic had some information that the character used to discern the means of activating this machine? That’s all I can come up with, and that’s quite a stretch.

When they’re not being obtuse, the puzzles just waste time with pointless busy work, as you arbitrarily pick up objects and put them down somewhere else, wherever the game indicates they should go. Sometimes, these contribute something to understanding the person who’s memory you’re reliving – like when you’re nailing down the first palings of a bridge to a new world. Other times, you’re just picking stuff up off the floor and arranging it neatly on a desk to trigger the next monologue.

I’m not saying that walking sims shouldn’t have “gameplay”. In fact, I think the genre really needs to find ways to innovate, and is already doing plenty of that – just look at What Remains of Edith Finch’s clever mechanical storytelling, or Virginia’s use of film techniques and deliberate limitations on player interaction. But in Empathy’s case, it feels like a game with a story that was conceptualised on its own, and then puzzles added for the sake of including some “gameplay”, rather than taking a more holistic approach where the game design and storytelling all work together to create something bigger. 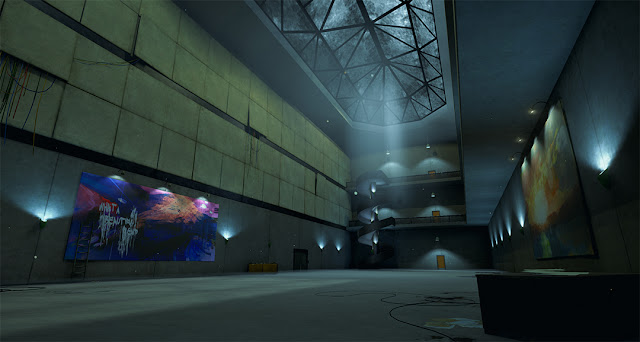 Empathy wants to be a narrative-first game, that much is clear. But the constant distractions, menial busywork, and tedious puzzles constantly distract from the pacing that’s so critical to a story like this, and the end result is something that doesn’t really work well as either a puzzle game or a narrative experience.

Short ‘n Sweet reviews: Catching up on the 3DS