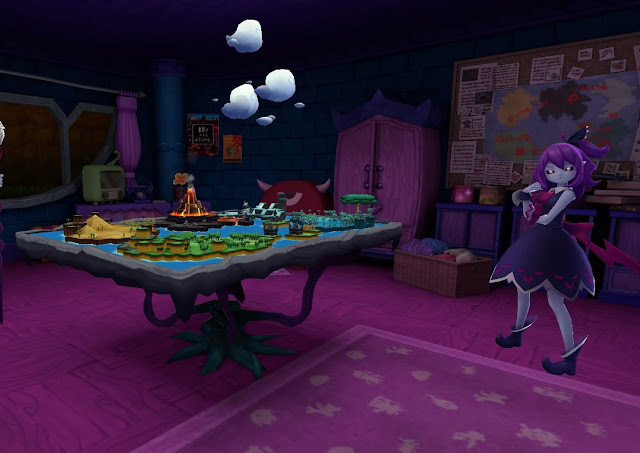 Why Sony insisted on restricting its major E3 stage show to an hour of the nonsense blockbuster stuff is a mystery that will be lost to time, but that doesn’t mean the PlayStation 4 is lacking for quality at the show by any means. One great example is No Heroes Allowed VR. Developed by Acquire and published by Sony itself, this is a real time strategy game in which you get to play as the bad guy, and it looks absolutely delightful.

No Heroes Allowed might be a title familiar to people who enjoyed their PSPs, and with good reason; the original release was something of a cult hit on the platform. The basic goal is to protect a weak and just-summoned God of Destruction from invading hordes of righteous heroes by building a labyrinth deep underground, and then recruiting all kinds of monsters to attack the heroes.

The E3 trailer of the game is very brief, to say the least, but shows much the same personality and RTS action that was present in the PSP original. And confirms that the game is getting a western release. That’s a big deal for sure. Appealing the VR is bring used to give players a “tabletop” look on the field of battle, so it looks and feels very much like a pen-and-paper RPG, or miniatures game like Warhammer.


Sony has also provided a media release, as below:

Begin your quest by raising monsters and using them to invade human territories, vanquish the defending heroes and bring the human bases under your control. As a God, the player must maintain an ecosystem through a food chain of breeding weaker monsters to feed invading monsters. The player can interfere with this chain of life and death to raise monsters however they like in their attempts to conquer the world.

Enjoy a new take on real time strategy from the expansive view of a god, in a unique VR experience that opens up before your eyes in a diorama-like view.
Subjugate Monsters and Achieve World Domination! – Breed monsters and employ them to invade the human territories.
The Tides of Battle – Use your divine powers to take care of the monsters under your dominion. A careless God of Destruction will leave the world vulnerable to heroes that will defeat your monsters and take their lands back.

Sounds good, right? This is the kind of game that would have made that PlayStation show really shine today.

E3 2017: Monster Hunter World looks great, but is it better than Toukiden 2?