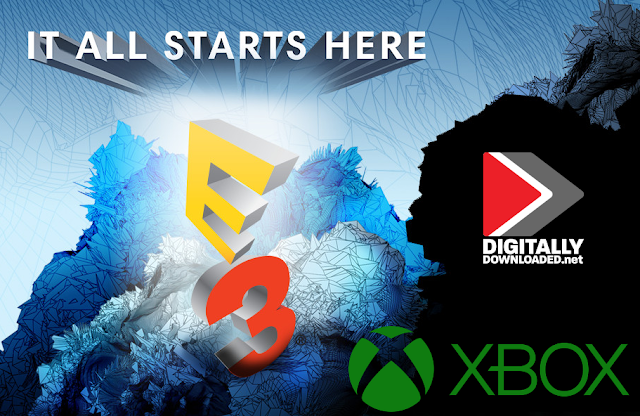 As usual, Microsoft is the first of the big three console manufacturers to hold its yearly E3 show. With Project Scorpio on the horizon, the company will no doubt seek to trumpet the technical virtues of its upcoming console’s monstrous hardware. Perhaps we’ll get a couple games in there too. How high (or low) will Microsoft set the bar? Let’s take a peek at the company’s key announcements.

The conference opened with a a trailer highlighting the evolution of resolution since Xbox brand began in the early 2000s. It hyped up 4K visuals, which would become the running theme of the rest of the show. Some fancy promotional theatrics centered on the Scorpio’s tech soon followed, featuring the likes of Forza and Halo. “Feel True Power” was the tagline.

Phil Spencer came on stage and revealed the final name for the Scorpio: Xbox One X. Three Days Grace has their mitts all over that name. Kareem Choudhry expounded on the numbers, reiterating that the One X is indeed stronger than any other console every released on the market. The Scorpio even has a liquid-cooled vapor chamber, which is novel in it’s typically reserved for gaming PCs and the like. Some suits ran us through specs and the system’s UHD Blu-ray playback capability.

From the start, all One X games and accessories will support One X. Old titles will be enhanced visually and in terms of load times. That’s worth bragging about. Despite the power, the One X is the smallest Xbox console ever. The tide has turned on those old Xbox Hueg memes. The new system launched worldwide on November 7. 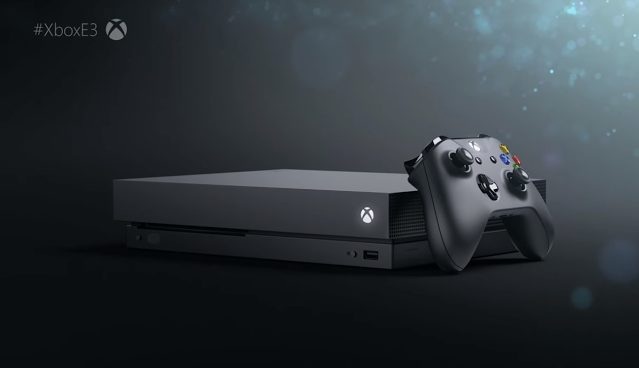 World premiere footage of Forza Motorsport 7 aired. A new real-life model of Porsche 2019 was unveiled shortly thereafter, which you can bet will be featured in-game much to the delight of Porsche’s marketing team. Using high-res assets, dynamic weather, and other such splendors, they’ve recreated famous racetracks. The goal is living environments. It’ll be on Xbox One and PC, but enhanced for the One X.

– Debut footage of FPS Metro: Exodus aired, featuring a soldier warding off monsters with a knife, gun, and crossbow. You can nab it on both Windows 10 and Xbox One in 2018.

A trailer for an Egyptian-themed Assassin’s Creed Origins in 4K aired. Growing up on the Yu-Gi-Oh manga, that’s a setting that speaks to me much more than past entries. Ubisoft’s creative director explained the protagonist’s origins before dropping some in-game action. Footage of a horseback trip through Siwa demonstrated some of the effort expended in emulating the culture’s history and customs. The obligatory assassination gameplay reared its head too, leading up to a a release date reveal of October 27. 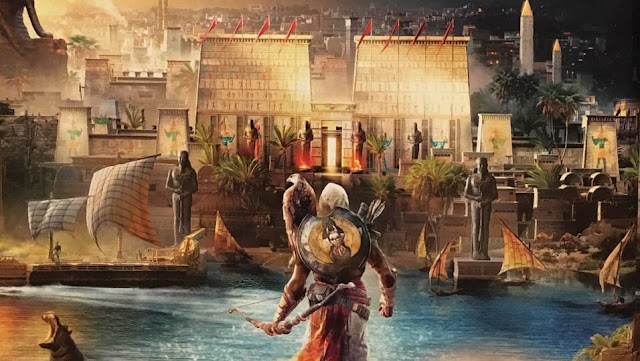 – Brendan Greene introduced PlayerUnknown’s Battlegrounds, the MMO survival game that currently has early access on Steam. It’s coming to Xbox One X with some enhancements in late 2017.
– Deep Rock Galactic was shown briefly. My initial impression was that of a more sophisticated Metroid Prime: Federation Force. It’s got the cartoonish alien designs and the co-op gameplay, anyway. Somehow I suspect the similarities end there.
– The gory, zombie-centric State of Decay 2 was shown. It seems to center on choosing where to live and defend your territory. Expect it by spring 2018.
– The Darwin Project appears to be a cartoonish survival game. It had some sport-like commentary over it that made me perceive it as an eSports title initially.

This summer, there will be a monumental Minecraft update. It promises cross-platform play between mobile, PC, and consoles. Did I catch a brick-y Nintendo Switch in there? You’ll have access to community servers and moded textures. A 4k update is on the way too. In the fall, there will be a deluxe version that utilises the Xbox One X’s power for enhanced visuals and lighting effects. That could breathe new life into the aging game for some as it transforms familiar environments quite a bit.

The previously revealed Dragon Ball 2D fighter appropriately titled (however unoriginal it may be) Dragon Ball Fighter Z was shown. I’m not one to be blown away by the artstyles of modern anime games, but this one looks clean, crisp, and positively gorgeous. As in, better than the anime on which the material is based. Super Saiyan 2 Gohan has never looked better squandering his potential. We’ll have to wait until 2018, but if the mechanics are designed as nicely as the game looks, it’ll be worth the wait. I love Xenoverse as much as the next guy, but this classic style better meshes with my sensibilities.

– Medieval MMO fantasy game Black Desert is coming to Xbox One in early 2018.
– Brief footage of The Last Night. Looks like a beautiful little game.
– The Artful Escape of Francis Vendetti was shown. The game’s website describes it as being about “great expectations, famous folk singers, lingering shadows, space Gods, hallucinogens, individuality, reptile shops, and wild imaginations”. That made it sound more interesting than the brief trailer we got, which was fine but a little brief. Hope that helps.

The anime-style action RPG, Code Vein, was shown. It’s got fighting, vampires, and dungeon exploration. Blood will be quite relevant to the plot. It’s another game we already know about, but I’m not turning down the opportunity to hear more. One playable character bore a minor resemblance to Tokyo Ghoul’s Kaneki Ken, what with his switchable eye colour and mouth-covering mask. Speaking of which, remember Kaneki’s DLC in God Eater? That’s fitting indeed, since this game is from the makers of God Eater. We don’t presently know all the platforms the game will release on, but if by some miracle this one ends up as a permanent exclusive, my urge to buy a One X will swell more than any other game shown tonight.

– Gameplay for Sea of Thieves was narrated in a cinematic fashion. It showed off deep sea diving for treasure, island exploration, cave expeditions, and various other pirate-y exploits.
Square Enix
– A trailer for Tacoma, the game from Fullbright (of Gone Home fame) cropped up. It was so short I can’t even pretend to offer any insight. It uh…looked pretty and potentially artful? We’ll find out on August 2.
– The beloved Lucky’s Tale on VR is now…Super Lucky’s Tale! It’s a colorful, cutesy 3D platformer for Xbox One that looks reminiscent of the most charming Mario platformers.
– The 1930s-styled Cuphead looks predictably awesome in motion. September 29th for that one.
– A rather charismatic Terry Crews intro for Crackdown 3 aired. As someone who never much cared for Crackdown, Terry Crews’ inclusion forced me to care long enough to appreciate the game’s cel-shaded world. On November 7th, it’ll coincide nicely with the One X’s launch.
– A decidedly rapid-fire reel of ID@Xbox games played. It ran through Osiris, Raiders, Untruly Heroes, Path of Exile, Battlerite, Surviving Mars, Fable Fortune, Observer, Robocraft, Dunk Lords, Minion Masters, Brawlout, Ooblets, Dark and Light, Strange Brigade, Riverbond, Hello Neighbor, Shift, and Conan Exiles. That’s…quite a mouthful, and a lot to take in.
– Aswen, Life is Strange: Before the Storm Episode 1, and Middle-earth: Shadow of War reared their heads.
– A pianist ushered in a trailer for Ori and the Will of the Wisps. It looks like a rather emotional ride. An owl and some spirit-like creature embraced.
– Anthem. This one had a massive, futuristic open-world to explore. There was some nifty free-flying gameplay facilitated by exosuits. Think Iron Man, only slower and with disposable weaponry. 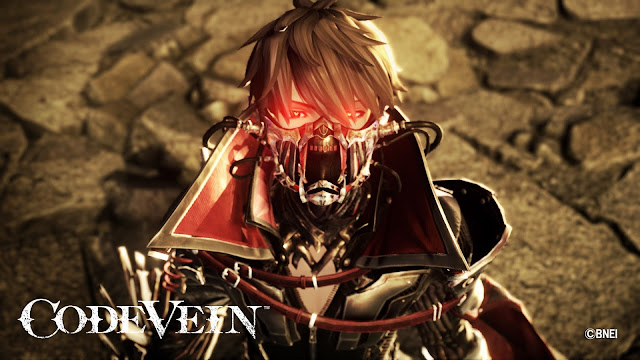 Xbox backward compatibility is being expanded to include…(drum roll)…the original Xbox! Crimson Skies was one of the confirmed games. Like with the 360 ports, these old games will look better and play better. I don’t know how deep the support will run, but it’s always neat to see a newer system embrace its roots.

Some recent One games will have free 4K updates for Xbox One X such as Final Fantasy XV, Resident Evil VII, and Rocket League. That should appease many.

The show concluded with a final recap sizzle reel, which highlighted all the experiences bound for the Xbox and PC family of systems.

Overall, this show did a better job of highlighting the diversity of the Xbox library than past years have. I didn’t much care for the early games, but once the show got rolling, it highlighted much beyond the stereotypical shooters and sports games you’d anticipate (with not a Call of Duty in sight).
My concern is this: how many of them will actually inspire new players to purchase an Xbox One X? Does graphical fidelity and horsepower mean enough to people who already have access to most of these games via their existing Ones, PS4s, and PCs? The conference also seemed designed to hide that many of these games are indeed coming to other platforms, which I found a tad confusing to keep up with. I’m curious what Microsoft’s expectations are for this super-console.

Did you enjoy the show? Feel free to funnel your excitement/apathy/anger into our Microsoft-themed podcast later today, where our staff will do the same.