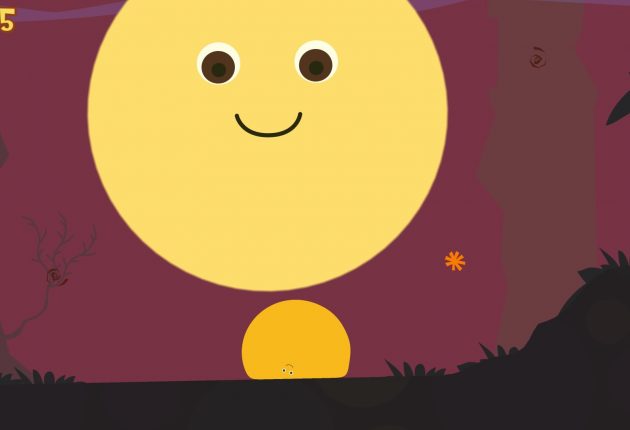 It’s hard to be angry in a room full of grinning faces. LocoRoco is proof of this fact – it’s a cutesy platformer developed by Sony CEJ originally intended as a flagship title for the PSP (along with the also very underrated Patapon series). A critical darling and a commercial underperformance, it’s nonetheless a game which captures your attention, with bright colours and bouncy gameplay which is sure to put a grin on any player’s face. With the remastered edition hitting the PS4, it’s ready for another chance at the spotlight and another audience to captivate.

The gameplay is easy to understand. Instead of controlling the singing, rolling Locos, you control the world on which they sit. Tilting it left and right with the L and R buttons will make the Locos move, while hitting both buttons at once will bump the world up, sending the Locos into the air. It’s imprecise, which surprisingly adds to the game’s charm rather than detracting from it. To compensate, levels are far more organic than in other platformers, featuring rolling hills, spirals, pillowy surfaces and pachinko-like passageways. The PS4 remaster also includes the option for gyroscope controls, which is even more imprecise and even more fun.

The objective is to bring as many Locos as possible to the end of the level. You start each stage with one, and it grows in size as it consumes orange flowers scattered across the level. After devouring a few your Loco will grow larger – hitting the circle button will then divide your large Loco into a fleet of smaller ones to fit into tighter gaps. The camera is always focused on a single Loco however, and if a wayward piece of you wanders off screen for too long it’ll be lost. There are obstacles in your way as well, such as enemies which will devour small pieces of you and spikes which threaten to cut you into smaller pieces, but the level only ends of your final Loco gets caught and that’s a virtually impossible feat. It’s possible to beat the game without ever failing a level – the game is very forgiving in that regard – although finishing with a good rating proves a harder challenge. 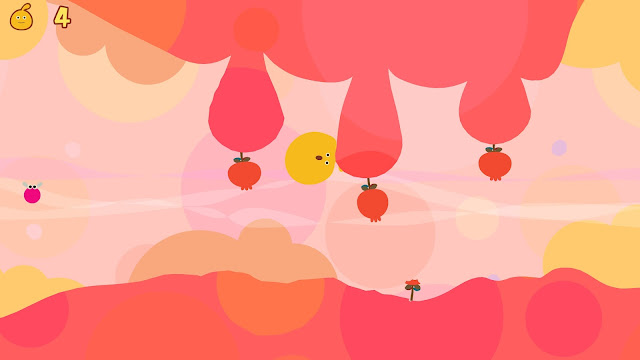 The gameplay is rock solid, but the real jewel in LocoRoco’s crown is its charm. So much of the game’s design is loveable, from its emotive character designs to its catchy soundtrack. Throughout the game you’ll meet a series of Locos of different colours, and each with a different fictional language. They’ll each have their own song too, which they sing gleefully at key points in levels. These songs are dangerously catchy, to the point where you’ll be mumbling gibberish to yourself for hours after you stop playing. The high production values thus distill down to pure happiness.

All in all, LocoRoco feels a lot like a modern indie platformer. For historical perspective, LocoRoco for the PSP came out before the indie boom really took off – Super Meat Boy wouldn’t arrive for another four years – so small team development like what Sony Japan Studio achieved with this title was much more common now than it was then. If you’ve not played LocoRoco before, it matches neatly with other weekend-length platformers on PSN like Knytt Underground, or Candlelight, or Pid. These are all at a good price point, doesn’t demand much of your time, have memorable visuals and gameplay and you’ll never regret spending time playing any of them. LocoRoco does, however, bear the honour of beating all of its competitors to the punch.

It’s remarkable thinking about how a small team of Japanese developers in 2006 figured out how to develop games for an audience ten years into the future, and yet here we are. This game is just as enjoyable now as the day it was released. Graphical updates on the PS4 also are a great boon to the experience – while the game looked pretty decent on the PSP, the crisp lines and bold colours are a delight on the big screen. My only gripe is that the cutscenes, as inconsequential as they may be, haven’t received the same graphical update. Like the Parappa the Rapper remaster before it, they are out of place in what is otherwise a perfect visual treat. 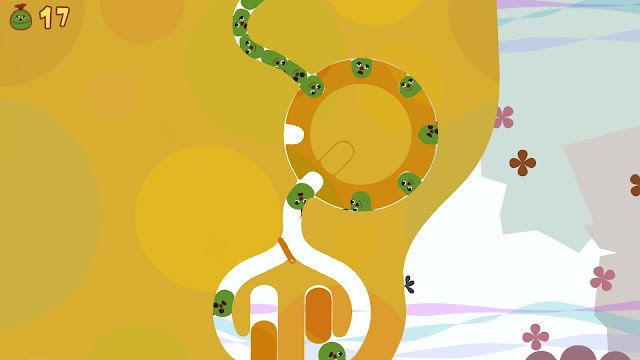 Now that I’ve done heaping praise on the game, however, I do need to admit that from a mechanical standpoint the game makes very little sense. The level design is full of leaps of faith, points of no return and secrets areas with virtually no signposting. It’s very easy to miss one of the many collectibles strewn across the game’s levels, which makes this game a nightmare for completionists. The game is much more fun once you stop caring about every little detail and go with the level’s flow I especially enjoyed the levels which were centered around a theme (especially the ones where your Locos are digested by various large animals), but even those were more valuable for their novelty rather than their challenge.

There are 40 total levels to explore, but the design philosophy tends towards guiding players down a single linear path, while extras are hidden behind secret passageways or nefarious dexterity checks. Bonus Locos and house parts are already difficult enough to find, but the game also tracks your collection of Pickerings, which are as numerous as coins in a Mario level. Anyone who wants the Platinum trophy needs to collect every single one of these: it’s a task which will immediately suck all the fun out of the game.

Which brings me right back to where I started this review – LocoRoco can be confusing, wearisome and infuriating at times, but it’s still impossible to stay mad at it for long. It’s a happy game without gratuitous conflict or drama, and its sheer optimism alone prevents its shortcomings from ruining the grand vision. It’s a game which just works, and without a doubt, the PS4 remaster is the best way to experience it.