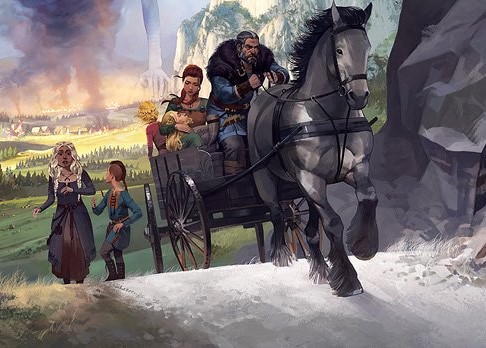 I’m surprised at how few “walking simulators” there are for PlayStation VR, given how perfect the platform is for that sort of game. Atmospheric, narrative-rich first-person adventure games are what VR was made for. So why are they still so rare? Luckily, Fated: The Silent Oath is here to start to fill the void. It’s a short, simple adventure that shows just how much power VR has for emotional storytelling.


Related reading: Another excellent game that shows off a very different side of what VR is capable of is Eagle Flight. Read Matt’s review.

The game opens with you, Ulfer, a Norse family man, on the verge of death in the back of a wagon. You’re clearly destined for greater things, though, because a valkyrie brings you back from the edge, stressing how important it is that you protect your wife, Freja (not the god) and your daughter, Lif. However, this gift comes at a price: your voice.

It soon becomes apparent what it is that the valkyrie is concerned about. The jötnar (frost giants), long thought to be extinct, are trying to wage a war with the gods, and your humble little tribe is caught in the middle. 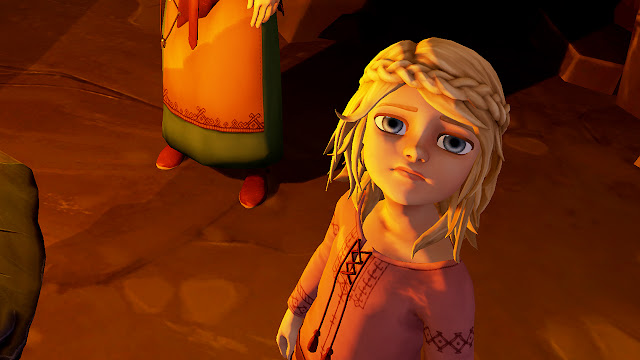 What transpires is a simple but captivating story about a family trying to escape the jötnar and figure out how to stop them for good. It’s written by Jill Murray, who scribed the excellent Assassin’s Creed III: Liberation, and she brings that expertise in writing lifelike characters to a much more intimate story. In the space of a little over an hour, Fated makes Freja, Lif, and a few other key characters feel real, and inspires a genuine connection with the players.

It can’t be overstated how much VR helps with building those relationships. You regularly get chances to make “dialogue” choices, as you would in any other adventure game, but you can’t speak, so your responses come in the form of gestures. Most of the things you’re asked are yes/no questions, and you respond exactly as Ulfer would: by nodding or shaking your head.

With those simple little motions, Fated engages you with the game and it’s characters in a way that picking options from a last never could. Functionally, it works the same – you’re choosing one of two canned responses to drive the conversation forward – but the fact that you’re answering, rather telling your character what to say, has a huge impact. You’re closer to the characters and feel directly involved with what’s going on, making it that much easier to form those bonds and get emotionally invested. 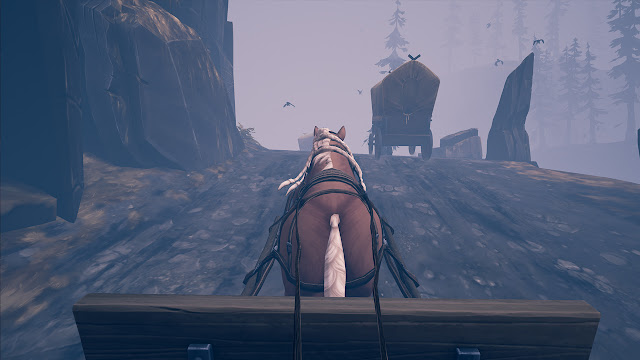 It also helps you to understand and embody Ulfer. He’s a blank slate for the most part, but the limitations of the control scheme put his trouble with suddenly being mute into focus. Nodding comes so naturally that it’s easy to absent-mindedly try to go one further, and talk – but you can’t, because Ulfer is mute and Fated doesn’t have any voice control. A few times, I caught myself trying to talk to in-game characters with my real-life voice. It didn’t work, of course, and that gave me some sense of what Ulfer is dealing with in the game.

One particular scene early on really drove this home for me. I was out hunting with my nephew, enjoying the beauty of the Scandinavian forest. Then he asked me a question: “Uncle Ulfer, why didn’t you become a warrior?” Thanks to an earlier scene, I vaguely knew the answer to this, but I couldn’t convey that by simply nodding it shaking my head. I frantically looked around, trying to figure out how to respond to my nephew, and then he remembered about my predicament. “Oh, right. Sorry,” he said with an apologetic, slightly dejected look on his face. “I’ll stop talking now.”

It’s a tiny scene that’s tangential to the main plot, but it shows so much. Ulfer’s struggle with being mute, his nephew’s well-intentioned thoughtlessness, and the somewhat awkward relationship they share. Most importantly, it throws you right in the middle of that, in a way that can only be achieved with VR. 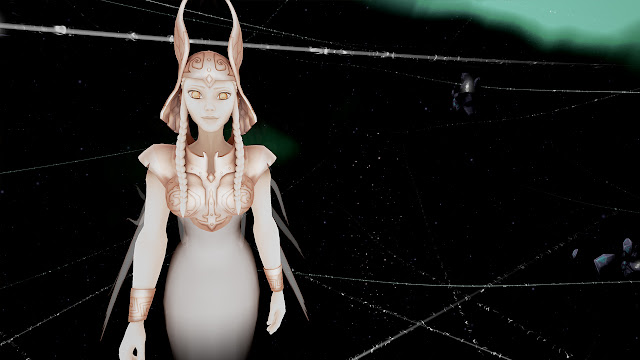 Fated is full of moments of that sort of downtime, where you’re doing little other wordlessly interacting with your family. It also has its share of puzzles and exciting set pieces – fleeing a jotun at the reins of horse-drawn cart is particularly exhilarating – but it’s in those low-key, character-building moments that Fated shines brightest.

The game owes a lot of its success to its art direction, as well. Photorealism seems to be the go-to for a lot of developers, perhaps out of some expectation that realism = immersion, but I’ve yet to play a VR game that actually makes that style work. Uncanny valley and resolution problems mean that “realism” is often unrealistic to a point of being distracting.

Fated instead opts for a bright, cartoony aesthetic, and it’s so much more emotive and immersive as a result. The world, cartoony and stylised as it is, has an internal consistency that makes it feel real. It doesn’t have to contend with being a poor imitation of real life, so it’s easier to suspend disbelief and lose yourself in the beautiful environments, expressive characters, and how ridiculously beautiful Freja is. (Full disclosure: there’s no actual mechanic for this, but I spent a lot of time using of head-tracking to pretend I was kissing her.) 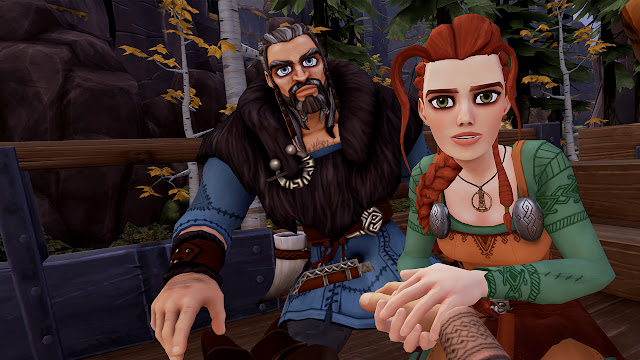 Like I said at the start, Fated: The Silent Oath is exactly the kind of game that VR was made for, and it’s nice to finally see the technology put to work on small, intimate, emotive character drama. The good news is that this is the first part of what’s planned to be a multi-episode game, and I’m really looking forward to spending more time in this world, with these people.

Omega Quintet is coming to PC, courtesy of Ghostlight!