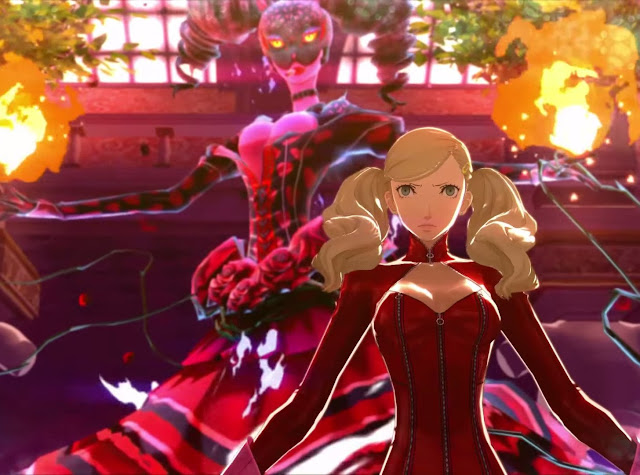 One of the core themes that runs through Persona 5 is the question of reality; or, more specifically, what is reality? It’s a topic that on the surface is quite straightforward: reality is what we see in front of us. I wake up in the morning, and my reality is what I see around my home. My wife is the person I see her as. My friends are the people I see them as. The person who gets on a train carriage designated “quiet carriage” with a screaming baby, when the carriage right next door on the same train is not a quiet carriage, is an arsehole. This is my experience of reality, and it’s complete, accurate, and definite.

But of course Persona 5 is too complex for such a simplistic view on reality, and proposes something far greater. Increasingly, scientists and philosophers are coming to the understanding that reality is not just subjective – i.e. the question of whether a tree that falls in the middle of a forest really does fall – but rather, reality is relative. It’s entirely a construction, and one person’s reality is going to be constructed entirely different to another’s.

Note: There are some very minor spoilers in the extended article. If you want to avoid these (and of course, fair enough, though I promise there’s nothing major), then please don’t read on.

To some people (or perhaps most), I’m the arsehole. The woman with the baby on the train is probably deeply loved and respected by those who know her. Muslims are not the boogieman to those who know enough of them, but then you’ve got swathes of people in the Americas, Europe, and Australia, who want to persecute every single one of them. These are all different experiences of reality. This relative understanding of reality actually filters right down to how we interpret what we see in front of us. A presentation by evolutionary psychologist, Donald Hoffman, will absolutely blow your mind, because his theory effectively posits that the tree, seat or plate of delicious meal you see in front of you is merely your brain interpreting a whole lot of data, much like when you see a “document” on a computer you’re not seeing an actual document at all, but rather the bits of information that come together to look like one. It’s all very Matrix-like, and that’s partly why that particular film is such a dense one.

I’ve actually written on this topic in the past myself, as it applies to my favourite topic, Hatsune Miku (and bear with me, because I am going somewhere with this, and it does relate to Persona 5). We, as in humans, are dangerously close to creating digital people to the extent that they take a very “real” place in the world. I’m not the only one who looks at Hatsune Miku performing “live” on stage and has the sensory experience of her being there, in the world; according to the senses that I have available to perceive her at that particular moment, she’s every bit as real as Lady Gaga or whoever else you might want to see in concert. We’re only a matter of time away from being able to bring that fully sensory experience of Hatsune Miku into our homes, and you better believe there are going to be ethical, moral, social and cultural implications when that happens. 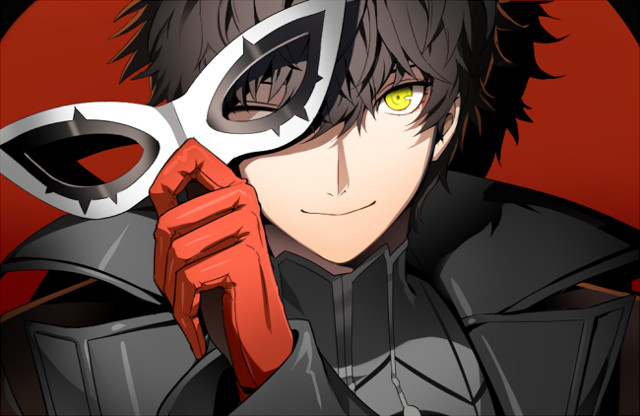 There’s the potential that she will start to impact on the inter-personal relationships between people, for example. One of Japan’s great artists, Hiroshi Sugimoto, held an exhibition last year where he visually represented a couple of dozen apocalyptic scenarios, and, yep, Miku was one of them. Accompanying that scenario in the exhibition room was the following text:

“Today the world died. Or maybe yesterday. It all began when I went to a Hatsune Miku 3-D (sic) concert as a kid. I couldn’t tell virtual from real. After a childhood immersed in gaming and anime videos, imaginary stuff is more real to me than actual things. To most young kids, reality’s the fantasy. It’s like home grown Zen and everybody’s already reached satori. But enlightenment was a dead end. Folks who spend their whole life dreaming couldn’t be bothered to make babies, so the human race just petered out. Game over.”

What does all this have to do with Persona 5? That game plays heavily with the idea of reality being relative, and then discusses the moral and ethical implications of this.

For example, the game is broken down into a series of “sections”, with each section being like a mini-narrative, with a boss fight coming at the end of that. The first villain is one of the teachers at the school that the protagonists attend. This teacher is, as far as the overwhelming majority are concerned, an upstanding citizen, and indeed his skill at coaching the volleyball team has made him a major asset to the school. But, as we quickly enough discover, he has a very dark side indeed; he physically abuses the male students, and sexually abuses the girls. The small group of protagonists are the only ones aware of these abuses (outside of those who are abused), and they encounter great resistance from their peers and other teachers who simply don’t want to have their “reality” about this teacher challenged or corrected. 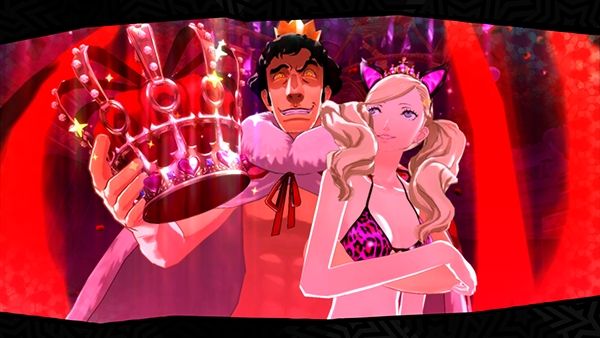 And then there’s the reality that this teacher has set up for himself, where he views himself as a king worshipped and beloved by those he abuses. The only way to stop him is for the heroes to enter a physical realisation of the teacher’s own reality (there’s an app for that – seriously, that’s how they access this alternative world) and “steal his treasure” before finally defeating him, so that he comes to an awakening based on the other realities of what is happening around him and has a “change of heart” in the real world.

It’s interesting that the heroes take on the role of cat burglars while in these alternative realities; effectively enacting immoral roles themselves (theft is not morally justified) in order to pursue a “greater good.” The characters are keenly aware that their own interpretation of the world and what they’re doing is questionable – they are constantly asking themselves if they are really justified in doing what they are doing. And, while there’s strong justification on moral grounds for the characters to become involved in bringing down those who exploit or harm others for their own gain, Persona 5 also takes plenty of time to discuss whether there is a moral imperative for the players getting involved in things that aren’t really related to them. The first enemy – the teacher – affected each of the characters directly. However, after that, the protagonists often find themselves getting involved in other people’s issues for the express purpose of accumulating fame, and a general perception that they’re “doing good.”

But it’s hard to accept anything that goes on in Persona 5 as an objective truth, as its concept of good and evil is as fluid as its presentation of reality. We see this through the game’s framing device. At the very start of the game we see the main protagonist arrested by the police, and from there the story cuts back and forth between the interrogation and the main narrative, told as a series of flashbacks. The characters explicitly operate outside of the law, and determining whether they had any imperative to do so is a major narrative arc. We’re also told time and again that the protagonists are a group of “rebels” and are as interested in sticking it to the “adults” as they are doing anything out of a sense of justice.

Persona 5 is constantly referencing the fluid nature of perception and reality. Whether it’s the overt narrative as outlined above, or simple things, such as the quizzes that throw illusions at you to show that what you see isn’t necessarily the truth – one of the key goals in the game is to keep the player asking questions about the motivations of what the characters are doing.