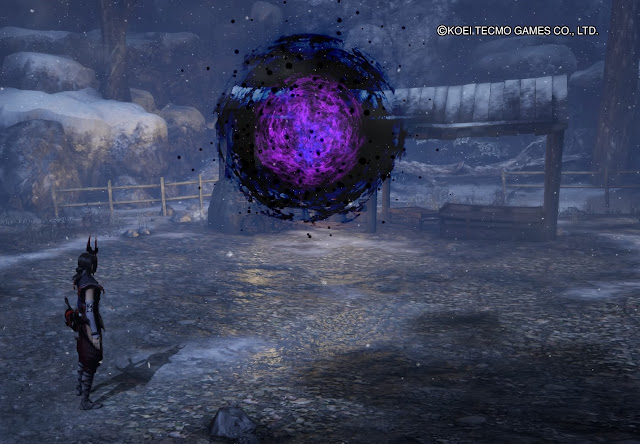 It was easy to look at the original Toukiden and dismiss it as a clone of Monster Hunter. Easy, but inaccurate. Toukiden took some of the ideas that drove Monster Hunter, yes. It featured protracted battles with very large monsters, loot grinding to improve your character’s equipment, and Monster Hunter’s mission structure, where environments were broken up into small “stages” and you had a time limit to complete each mission.

Related reading: Matt’s review of the first Toukiden, as ported to PlayStation 4 as Toukiden: Kiwami.

But – and it’s a big but – Toukiden was very much its own game, and I found it to be far more interesting than Monster Hunter, because it was a much stronger narrative experience. Monster Hunter games are held together by the thinnest whiff of a story, where Toukiden went all in with an apocalyptic story of demons (Oni) invading earth and humans partnering with the spirits of deceased heroes (Mitama) to fight back. That story, so steeped in the rich and vibrant history and culture of Japan, elevated the basic monster fighting to an entirely different level. Toukiden 2 really doubles down on the narrative, and it’s sublime. So Toukiden 2 has replaced its predecessor as my favourite example of this particular genre.

The base narrative remains the same; humans, partnered with Mitama, are still engaged in a losing war against endless hordes of Oni. You play as a warrior who somehow got pulled into a time hole when the Oni first appeared in the world, and have popped back into existence ten years later, when the Oni have just about destroyed the world.

In addition to the fight against the Oni, you’ll also have to contend with the various personalities in the village that you set up as your base this time around. This is new, and its inclusion in the game is superb. There are two major military factions: the Guards and the Samurai, which are at loggerheads with one another, and there are a number of other key personalities among the individuals and political heads of the town. How some of the narrative plays out depends on how you develop your relationship with these people. It’s not a perfect implementation; certainly, games like Dragon Age, Life Is Strange, or the Telltale games do a better job of making a meaningful feature out of the conflicting motivations of key characters. But the idea that, faced with complete destruction, humans would continue to find cause for conflict with one another, is a fascinating one in Toukiden 2, especially given that that kind of thinking isn’t expected of traditional Japanese culture. There’s a dynamic contrast going on between the game’s setting and its characters through much of the game.

As with the last Toukiden, throughout the game you’ll find many Mitama to partner with. You obtain these in battles with powerful Oni, and each of them offers your character a different set of abilities and powers to take into battle. You need to pick carefully, though, as you’re only allowed to pair up a couple of Mitama with your character at a time, so finding a good mix of Mitama is important in being an effective fighter in this game. In addition to giving you a great level of control over your character’s customisation (without having to fight the same enemies over and over again for materials), these Mitama are also spirits of Japanese history, and much like the Sengoku Musou series, there’s a bit of historical education going on in the background of Toukiden 2, as you learn about the various spirits and their role in history. In a very abstract way, the powers each spirit gives your character reflect their personality and achievements, too, and in an odd way, even though these Mitama don’t have much character beyond a picture and a voice, you’ll grow attached to them as “characters”, and form your favourite combinations to take into battle on that basis.

Also helping the overall authenticity of the experience is the open world design. Yes, unlike the original Toukiden, and indeed all Monster Hunter “clones,” Toukiden 2 offers a large open world to explore and battle Oni through. Outside of a handful of “safe points”, you’ll come across various people who need help, optional monsters to battle, and some hidden extras to discover and use. Thankfully, unlike just about every other open world game out there, you’re not going to be inundated with an excess of quest markers, loot icons, and other objects on the map to distract you. There are few collectibles, there aren’t dozens of side missions bundled together at any point. That irritating grind, when you feel like you’re making no progress because you’re running around in small circles trying to clear the map of these irritating icons, is entirely absent in Toukiden 2. Additionally, moving through the world is quick and the game’s main missions are structured in such a way that there’s minimal downtime involved in the travelling itself. All of this I really appreciated. Toukiden 2 offers a lean open world without the bloat, and the simple elegance of it all makes it more enjoyable to explore. 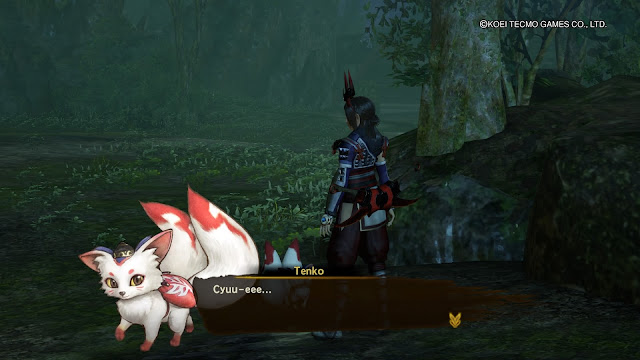 It was revealed late last year that the next title in Koei Tecmo’s Dynasty Warriors series would also be open world, fulfilling a goal that the series producer has had for quite some time. At that time I was worried, because if Dynasty Warriors were to go the way of Assassin’s Creed, where I would spend the bulk of my time chasing bits of paper around or looking for treasure chests, my interest in the series would wane significantly. After seeing Toukiden 2, which is a clear indication of what Koei Tecmo has in mind for its open world designs, I’m far more relaxed about Dynasty Warriors 9. This is a different, streamlined, and practical approach to open worlds; enhancing the base experience rather than overcooking it.

The action in Toukiden 2 itself is dynamic and intense. As you’d expect from a game in the tradition of Monster Hunter, the major enemies tend to be hulking, very hard-hitting, and very resilient. Taking down a really big Oni monster can be a gaming session all in itself, and though you’ve got some pretty generous time limits to beat down these beasts, after the first couple of hour’s play you’ll start sweating on every second you have.

Luckily, as tough as the monsters are, your character is a more than capable fighter herself (yeah, you can make a he, but that’s boring). In addition to having a dozen or so different weapon types to choose from – from the speedy dual swords to heavy, slow clubbing weapons and ranged tools – you have access to the Mitama powers and also another tool called the “God Hand”, which can be used to deliver really powerful attacks on monsters, hold them in place, or propel you in the air so you can reach places on the monster’s body that are out of reach from the ground. It’s a fast, furious combat system, but after an early adjustment period (where the game throws too much information at you at once), it becomes a highly strategic and enjoyable system. 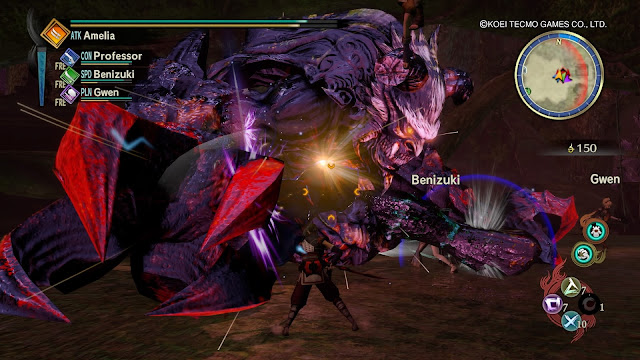 You’ll always be accompanied by a party of AI characters, unless you play online and replace them with humans. This makes the game a touch easier, as the monsters will also target those allies; the AI is generally quite solid, but by no means is Toukiden 2 an easy game, either. There’s a distinct learning curve, and eventually you’ll be at the point where a victory feels like a real achievement.

Related reading: An in-depth interview with the producer of Toukiden 2, from Tokyo Game Show last year.

I must admit that, despite being a big fan of the original Toukiden, I wasn’t expecting as much as what I got from the sequel. The developers at Koei Tecmo could have easily just recreated the previous game with some additional monsters and settings, and it still would have been very playable. That is, after all, what Monster Hunter does from one game to the next. Instead, what I got was a game filled with storytelling (I can’t emphasise enough just how many cut scenes Toukiden 2 has), and with a huge shift to open world design. In fact, where the first Toukiden was very solidly in the Monster Hunter tradition, this one edges that much closer to a hybrid JRPG/ Monster Hunter experience, and I couldn’t be happier about that. This is exactly what I want from a “Monster Hunter clone.”

The DDNet Podcast! On censorship and horror games, eroticism in film (and games) and more!