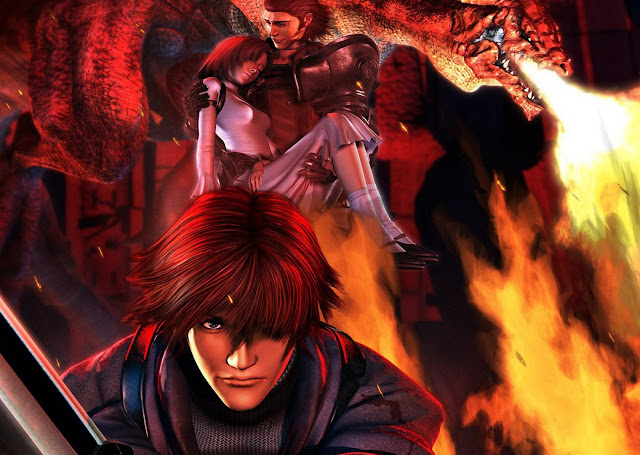 Retro reflections by Davis A.

With NieR: Automata now in the open and receiving critical acclaim (you did it Yoko Taro, you finally did it!); I thought to myself, what better time to write about what makes Taro’s games so special, and specifically my favorite (for now) of them all, the first, the original, the beginning, Drakengard (Drag-On Dragoon in Japan)? So for this week’s retro reflections I will share all of my love for this underrated masterpiece.

Related reading: NieR: Automata is a strong contender for the greatest game of all time, and Matt’s review is not helping to keep the hype in check.

Back in 2004, I was in a very dull moment of my gaming life, I was getting tired of playing the same old pseudo-Disney stories of hero saves the heroine; and don’t get me wrong, I love cheesy love stories, but I wanted to experience a new approach in storytelling. Drakengard was the answer to my call, because it was just so unconventional. For example take Caim, the protagonist; yes, he is a prince, yes, he wears armor and uses a sword (among many other weapons), but that is as far as the stereotype of hero goes, and the Taroism (this is now a word, get used to it!) kicks in. Caim is a very perturbed fellow, he lost both his parents early in his life and developed a very disturbing relationship with his sister, although he probably loves killing even more than he loves her; I mean, you can even see him smiling whenever he is bathed in the enemy’s blood.

The protagonist is not the only element that was completely different in Drakengard, as I progressed through the story, I remember being shocked with every newly added character, and they were all… marred. This title, made me realise just how plain the protagonist in other games usually are; whereas other stories portrait casts with somewhat dark secrets, and certain level of villainous; Drakengard had characters with thematics that you won’t ever expect to find in gaming, such as incest, pedophilia, insanity (no, not the crazy clown kind of insanity, I am talking about dangerous levels of insanity) and child abuse, among many other “taboo” subjects. Distinctive components that no other director would have dared to include in a game. 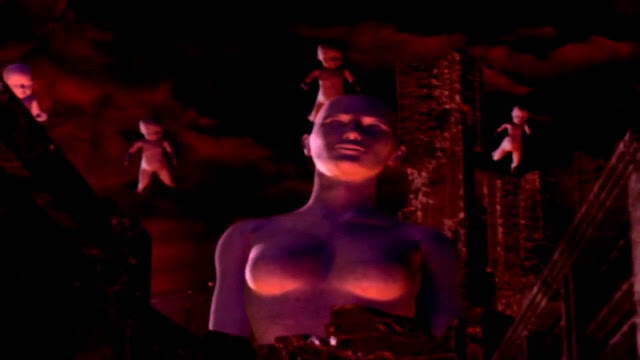 I rather not go too deep into the story (part of my master plan is to get at least one reader to go back and give this title a try), but I do want to mention a couple of things. The psychiatric disorders that I mentioned earlier play a pivotal role in the story, because when you put together a group of characters like that, things are bound to spin out in some odd directions. Even though the story starts as the classic kidnapped mistress in distress tale, the events quickly start turning into an absolute mess and a rather outlandish adventure starts to unravel. Things never went the way I anticipated, and that’s not because the inevitable “plot twist”, but because I never expected one crazy m****** to actually do something so regrettable. Videogames often try to change things up a bit, you know; so that the story doesn’t become so predictable; well, take that and Taro it up a notch, because when I thought that things were finally going back to “normal”, they went further into the realm of atrociousness; the game had me begging to stop the madness. When it was all said and done, I kept looking for that happy ending, which of course wasn’t there; so I took the one that is less outrageous and went with it.

Another aspect of this game that I absolutely adored is the soundtrack; it goes hand in hand with the story and characters, so much so that at some points I didn’t know what was breaking me down the most, a women eating fetuses, or the tune that was playing in the background. Who would know that a composer, famous for his work in car-racing and fighting games would create something so bizarre; even Akira Yamaoka would ask him to calm down. What’s most impressive about it is that not all of the music is dissonant or ludicrous. There’s plenty of restraint shown too, with “Growing Wings” being one of my favorite songs of all time. It is beautiful, charming, and full of personality, it has this “je ne sais quoi” that even the first time I heard it, it put me into a melancholic mood.

Loving something so much could blind you; is not uncommon to be clueless about the shortcomings of a product, luckily Drakengard made it fairly easy to find the deficiencies, and it all falls into the gameplay. This aspect of the game was less than spectacular, and almost all of the new ideas didn’t pan out. To be honest, I was less than impressed at the beginning of the game and ready to return it to the store. This title combined the Musou/ Warriors style of gameplay, with elements from JRPGs like magic and summoning, and even air battles; and perhaps I make it sound all too spectacular, but sadly it was not, all of the elements were disjointed and clunky. It has really taken Yoko Taro until NieR: Automata to really get his signature melding of gameplay styles into something cohesive and properly functional as a complete game. One thing worth noting with Drakengard, as mediocre as the gameplay is, is that it never got in the way of the story, and that for me was enough to go through the first chapters until I was fully submerged in the story, and even kept me going until I had all of the endings. 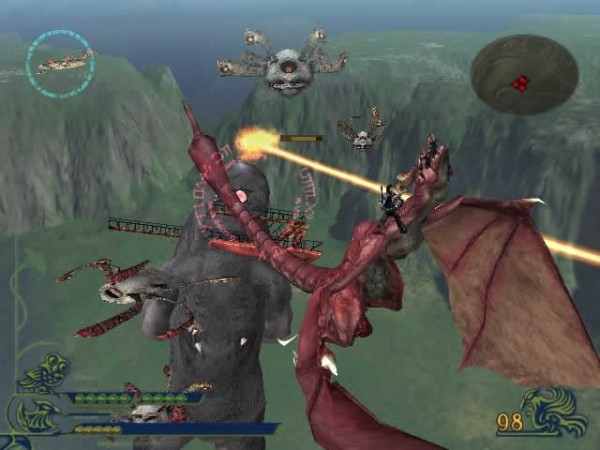 Is almost impossible to talk about a first entry without mentioning the sequels, right? Well, I rather not, but I will anyways because this is a retro reflection, and now I am reflecting on how disappointed I was with both of its sequels. Drakengard 2 didn’t even have Yoko Taro on the development team, and you could easily tell because all of the unique things present in the original were not part of the sequel, replaced with a predictable love story, and a very un-Yoko Taro-like do-gooder protagonist. Drakengard 3 DID have Yoko Taro back at the helm, and it improved the gameplay of both of its predecessors, but also added one new feature that is an industry standard nowadays, pay lots of extra money to get the full story. Want a prologue? Buy it from the store. Want to use a different character? Buy them from the store. These are things that are pretty hard to avoid these day, but when you’re talking about a narrative-driven director like Yoko Taro, sticking parts of his vision behind DLC does feel very exploitative.

Yoko Taro made a fan out of me with his very first venture as a director. He is a pioneer in the industry, and with Drakengard he showed us that games can go deep into psychiatric conditions; that life, even if digital, can be very cruel and that stories don’t have to follow the established standards. Indeed, all of the elements that more and more people are coming to love in the games of this visionary artist were present in the very first one and for that reason alone, Drakengard will forever have a special place in my heart.

Have a slumber party with Hatsune Miku, and other DLC news

The Friday Ten: Ten of the most important and creative women in the games industry