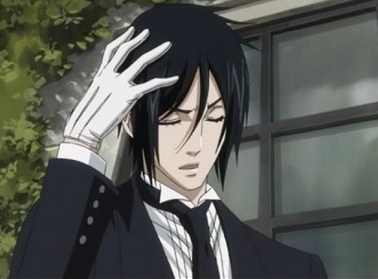 It appears that Outlast 2 has been banned in Australia, after comments from the game’s publisher have emerged. Here’s the decision by the Australian Classification Board, as reported by Press-Start: 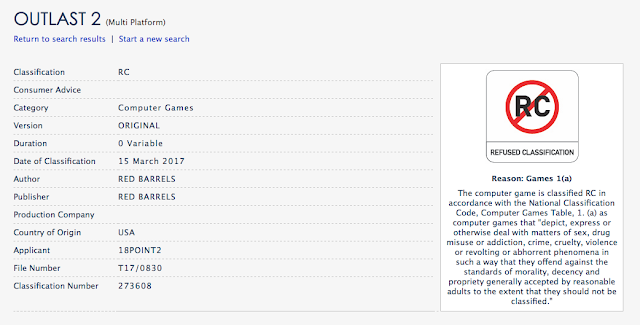 As usual, the game’s been banned for vague reasons that basically boil down to “we didn’t like its content, so of course all of Australia must also be offended by the game.” And, of course, the game is very likely going to be offensive to some people; the first Outlast was really quite extreme in its horror themes, and you can assume that the sequel, funded better and developed by a more confident team, would be turning that horror up further.

But Australia does have an R18+ rating, meaning adults-only, and Australian adults, according to the Classification Boards’ own ideology, are meant to be able to consume whatever media they like.

On the plus side, a game like this getting banned might finally wake some of the more mainstream journalists in games to actually speak out against the censorship that continues to occur in Australia, despite that R18+ rating. A lot of games writers have been quite happy to ignore or pass over the many Japanese games that have been banned since the introduction of the R18+ rating, if not actually agree with the censorship.

But this? This is a game that many of them were looking forward to. Suddenly the censorship is a problem.

One thing you can certainly expect is that for all their ranting about “free speech” and “everyone has a right to be an utter trash racist and religious bigot”, politicians like Pauline Hanson and Cory Bernandi will fall remarkably silent on the consistency with which games are banned. People stop caring about free speech when it’s something that they’re not interested in, or are personally offended by it.