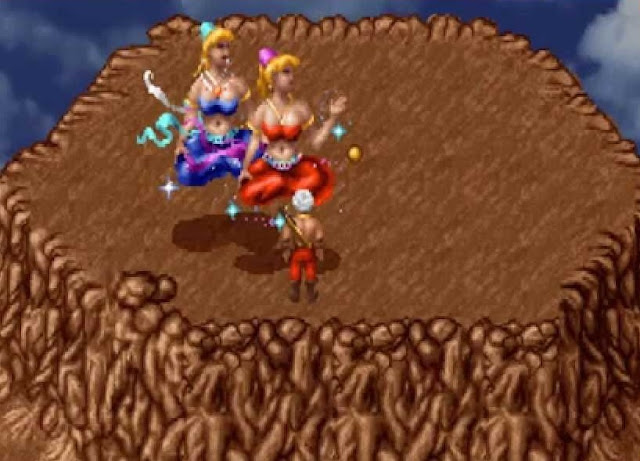 As most readers know by now, I’m a great fan of the fantasy Middle East. One of the first games I played that really captured the exotic magic of that setting was Al-Qadim: Genie’s Curse, and to this day, with a setting as criminally underused as the fantasy Middle East, Al-Qadim stands out as one of the better examples, as applied to a game.

Effectively all fantasy Middle Eastern stories are based on the classic 1001 Arabian Nights, a collection of short stories notable for a couple of things. Obviously the setting itself delights the imagination, from the exotic sands of the great deserts, through to the noisy cities, the exploits of sailors on their journeys, and the occasional oasis to bring relief from it all.

The other thing the stories are best known for is their genies, capricious elemental beings of great power. They represent the fear and respect that the peoples of the Middle East had for the harsh and unforgiving natural world around them, and so many of the stories of the 1001 Arabian Nights involved mankind falling on one side or the other of a genie’s whims.

Al-Qadim: Genie’s Curse has “genie” right in the title, and the game itself involves a great deal of interaction with these beings. Genies keep being freed by someone or something to wreak havoc across the land, and your hero protagonist gets caught up in it all when an artificial (genie-powered) hurricane causes his ship to wreck, and his betrothed – the daughter of a powerful caliph – is stolen away. Our hero’s job is to rescue the girl and put a stop to the threat posed by the genies.

This game was published by SSI, also responsible for the Eye of the Beholder games, as well as titles like Strahd’s Possession and Wake of the Ravager. In other words, it specialised in producing those hardcore RPGs that Dungeons & Dragons fans would play when they couldn’t get their gaming group together for the tabletop pen-and-paper version of the game.

What’s interesting about The Genie’s Curse is that, while it is indeed based on Dungeons & Dragons (the Al-Qadim world setting, of course), the game itself was anything but a hardcore RPG. Indeed, it’s far, far more accurate to compare it to the Legend of Zelda, and it seems quite clear that that was what the developer was aiming to replicate. Combat and character management is greatly de-emphasised in The Genie’s Curse; levelling up gives players a bit more health, but customisable equipment is almost non-existent and players will be relying on their swords almost from start to finish. 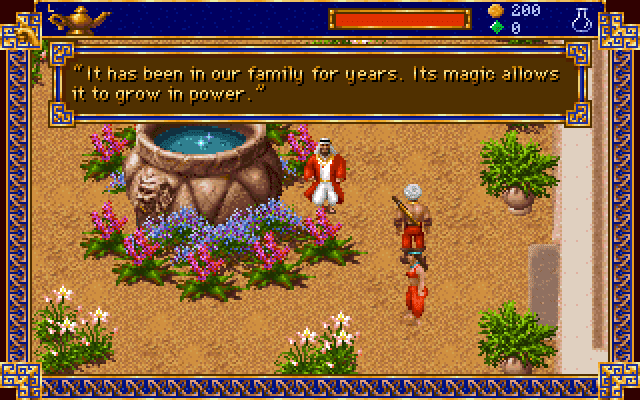 Combat, meanwhile, is quite simple. Later on players get the ability to press and hold the attack button for a short while in order to unleash a more powerful attack (like a certain franchise that we’re all familiar with), but for the most part the tactics involved in defeating the enemies are quite simple.

Not that combat was ever the real focus of the game, either. Al-Qadim was more an adventure game, in which players would be encouraged to explore environments and solve puzzles in order to progress. There was also an awful lot of chatting between player and characters, and while the amount of control that players had over the narrative was very limited, the story itself was well-written and very engaging.

All of this really played to the strengths of the setting, and I feel that modern developers could learn a lot from a playthrough of Al-Qadim. Despite being an exotic fantasy setting within the world of Dungeons & Dragons, Al-Qadim was never really about the combat; it was a means to an end. Rather, the real strength of the game, and the reason people played it, was because of the setting. People wanted to jump on a magic carpet and zoom through the air, or interact with beautiful dancing girls. They wanted to be like Robin Hood and sneak into the opulent palace, pocketing riches along the way. They didn’t want to beat up everyone in the palace like a dungeon dive. And people wanted to interact with the fantastic genies. Not necessarily beat up on them right away. 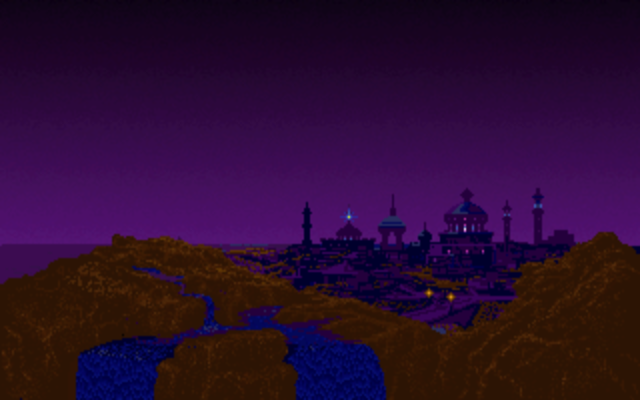 So often in modern game development we have the setting and narrative shoehorned in because it suits the game design. A game like Red Dead Redemption suits an open world, because the American wilderness is that kind of exotic setting with a story to tell all by itself. But not every open world game needs to be open world. Too many of these games are actually set-piece driven (for example, in the Assassin’s Creed games, the big scenes are generally in or around historical landmarks). Too many of these games pad out their open worlds with senseless item collection and other features that are simply not relevant to the broader game. Too many open world games are superficial and use the open world more as part of a “checklist to commercial success” than a complement to the game and theme behind it.

It’s not just open world games, of course. So many games use “roguelike” elements – random level design or permadeath, for example, without really considering whether those features fit with what the game wants to be. The developers behind Al-Qadim: The Genie’s Curse looked at things the right way around. Yes, they were working with the Dungeons & Dragons franchise, and the expectation was that this would be an RPG. But the RPG structures didn’t fit with a setting that wanted to be all about exploration and high fantasy. So instead we got an adventure game with only the lightest touch of RPG elements.

And, as I said at the start, as a result of the direction the development team took, Genie’s Curse is one of the finest, if not the finest example of a fantasy Middle East in a game.

Going hands-on with Card Quest; this is one game to watch