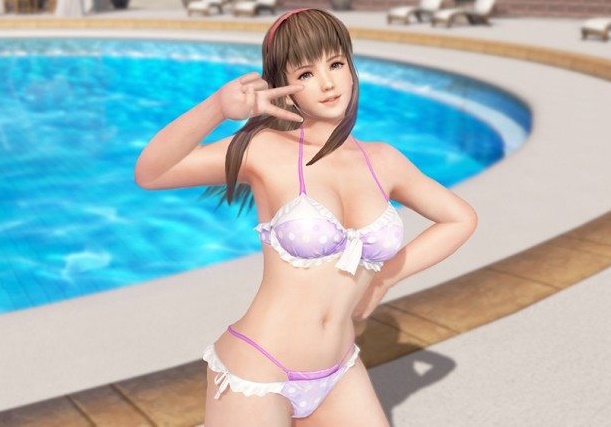 It was meant to happen last year, but Koei Tecmo delayed the release of the VR update of Dead or Alive Xtreme 3 a couple of months in order to get it right. But tomorrow, January 24, it all happens; you’ll finally be able to get your beach on with the lovely ladies of Dead or Alive in VR.

Otherwise, you’ll need to pay for it, and it will cost 1500 yen, which you’ll be able to buy off the PSN. This gives you access to the VR mode. You’ll also need to pay for it if you decide to download it after February 28 (why would you wait?!?!?)

With the VR Passport you’ll be able to get all voyeuristic over the ladies in three modes from the game; Event Paradiste, Gravure Paradise, and Photo Paradise. All characters are supported in VR.

One thing that is interesting, however; when Koei Tecmo originally showed off the VR mode, there was the ability to touch, and, yes, grope the girls. This ability has been removed. If you get too close to the girls when playing in VR, they’ll be blanked out. This is going to make certain people so very furious about “censorship,” just you wait.

Related reading: Matt’s piece on that controversy from last year.

We’ll give the game the full look in VR (any excuse to look at Kokoro some more), and get back to you with our full… uh… analysis. Eventually.

(Source of the news, in Japanese)