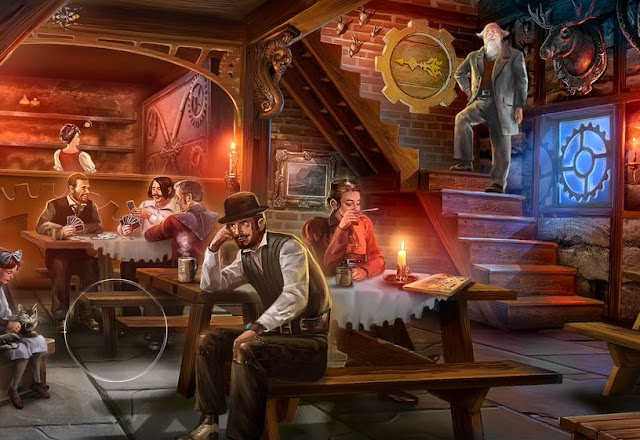 Welcome to the latest batch of short ‘n sweet reviews, where we look at a number of games that we have been playing that we just haven’t got the time to do give full reviews to. These aren’t necessarily bad games – not at all! But rather they are smaller or shorter games, or they might be free-to-play and therefore don’t really need a review at all. But because we love you all so much we review ’em anyway.

The Keeper of 4 Elements (Sony PlayStation 4)

I really enjoy tower defence games. Though the genre has fallen away to a great extent over the last year or so, I still like to check out what’s happening. Some might dismiss these games as overly casual and light on strategy, the good ones are capable of putting up quite a stiff challenge, while their accessibility makes them easy to play when you’re looking to kick back and relax.

The Keeper of 4 Elements is not a good example of the tower defence genre. It’s workable, but completely workmanlike; it offers an unbalanced difficulty curve and severely limited strategy to go with it.

What I wouldn’t give for a high quality tower defence game on PS4 #PS4share https://t.co/kGsxBWRcJq pic.twitter.com/1laODdyXlD

You’ll get just four towers to choose between in 4 Elements, one based after each of the elements – fire, earth, water, air. Each tower has a slightly different impact on the battlefield, but other than the earth tower, which causes splash damage to all enemies nearby (via exploding rubble. Ironically, the water tower does not cause splash damage) You’ll soon forget which tower does what, and build a mix of them just for variety’s sake. These towers can be placed in predetermined places around each of the game’s maps, and then you need to fight off wave after wave of mobs. They can be upgraded, and you get access to four spells (also based after the element), but that’s it. That’s all the tools you have at your disposal.

Each level is significantly more difficult than the last, and you’ll find you need to replay old levels over and over again to earn stars to upgrade towers to give you a fighting chance at the next level. Eventually you unlock the ability to upgrade the towers to offer additional effects; the water tower can freeze enemies, the fire tower can burn them, but it’s too little, too late. All of this would be almost okay if 4 Elements also wasn’t one of the most unrelentingly plain-looking games, with terrible sprites representing enemies, and bland level design to back it up.

I, Zombie is a good example of the plague of mobile-orientated game designs that we have to contend with in this day and age. This is, in theory, a strategy game, but levels are broken down into such bite-sized single screen experiences that there is very little room for strategy at all.

In I, Zombie, you start each level in control of a single zombie, with the goal of running around, killing living humans, and turning them into zombies. Eventually all the humans are zombies, and you win, or a human with a gun shoots you dead, and you lose.

This, meanwhile, is not great at all. #PS4share https://t.co/Wa3HmWrgGZ pic.twitter.com/G59Ksq3ijh

Your controls are limited to running around, and telling the turned zombies to attack or follow. Contact with humans is enough to start the process of turning them into zombies. The developers would have you believe that the reason for this is to turn levels into a speedy experience; levels rarely last longer than a minute or two. But in practice it leaves the game feeling completely lacking strategy or any kind of staying power. You earn stars, from one to three, depending on how well you perform in a level, but there’s very little incentive to actually want to master these levels.

It’s also a horribly, horribly plain looking game. Because each level plays out on a single screen panel, there’s a lack of a sense of scale, which is generally appreciated in a strategy game. Environments look like they were done in ten minutes in Microsoft Paint, too. This kind of game flies by okay as a little mobile time waster, but a PlayStation 4 experience needs to offer much more than this.

Now here’s a clever little game indeed. Alchemic Jousts is a simple strategy game, but it’s a bright, colourful, well balanced little strategy that it offers, with one major feature that makes it really stand out.

That feature is the ability to create your own units by mixing together existing units. At the start of the game you’ll have access to just four units; blobs that represent air, earth, fire and water. Each time you complete a level, you’ll earn points that you can use to mix two of these elements together. Before long you’ll also have clouds, lava blobs and sand monsters, to go with the firebolts that you’ll be able to summon down onto the battlefield. These units are tougher than the base elements, and often bring different abilities to the battlefield. Then you’ll pick a handful of different units and pit them against an opponent.

There are a couple of different ways to win battles, ranging from destroying the opponent’s castle to capturing flags from the middle of the battlefield and bringing them back to home base. There’s no way to control units once they’re on the battlefield, so the strategy is more about picking the right order of units to send out, in order to capitalise on the elemental weaknesses of the other side.

There are dozens and dozens of different elemental monsters to discover, and that’s half the joy of the game. The other half is the bright charm and personality of Alchemic Jousts. It’s not the deepest strategy game you’ll ever play, but it’s one of the most charming that you’ll see for some time to come.

What differentiates a good hidden object game from a poor one is its narrative and art direction, and Clockwork Tales struggles to stand out on either count. The static art is fine, but whenever there’s animation, it looks uncomfortably stilted. Voice acting is just terrible, and the game’s chief antagonists, Nazi-style Germans, are caricatures; the kind of over-acted nonsense that we saw from the idiotic Nazi exploitation films decades ago.

Nah thanks, I’m good. Yer not my type. #PS4share pic.twitter.com/5AuWJJpldr

Worse, for Clockwork Tales, it doesn’t seem to be aware of how ridiculous it is. The actors sound earnest, and while the art style is certainly ridiculous, it’s not in a satirical fashion. There is no sense that the game is self-aware, making all of its humour unintentional, and while that’s amusing at first, over the length of the game the disconnect between humour and intention becomes wearisome.

Home consoles aren’t great platforms for hidden object games, but as we saw with the Mystery Case Files game on the Wii some years back, it can be done. Clockwork Tales’ inconsistent tone, lack of self-awareness, and generally poor presentation let down an otherwise standard example of the genre, which means you’ll need to be a really big genre fan to derive much value from this.

The DDNet Awards! Arthouse Game of the Year