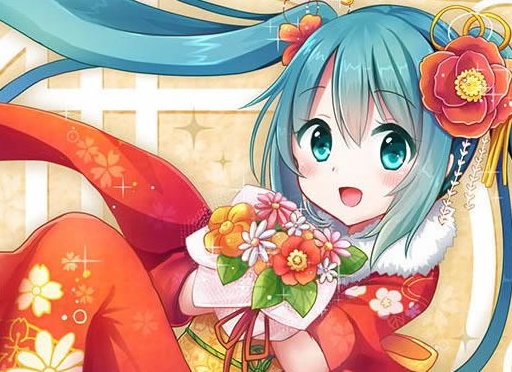 It really is the best time of year, isn’t it? A couple of days ago it was Christmas. Now we’re partying to celebrate the New Year.

2016 was a pretty down year. There was a nearly endless series of disappointing news, and political tension through much of the year was high. Now we’re in a new year, and here’s hoping things are better in the New Year.

If there is one thing that last year did really, really well it was games. You may have enjoyed some games more than others, but the range of stuff that was released was such that there was something great for everyone. We have even more to look forward to in 2017! NieR: Automata, Persona 5, Atelier, Ni No Kuni, and of course whatever Nintendo has in store for its new Switch console… there is a lot to get excited about indeed.

So let’s all party hard and enjoy 2017 in style and hope for a great year ahead; not just in gaming, but in all things.

If we can make one request for 2017, as a New Year’s resolution, it’s that everyone gets on a little bit better. You don’t have to agree with someone to respect their point of view. You don’t need to like the same games as everyone else to recognise that everyone has a right to their own taste in games. Let’s be good, have fun together, and make 2017 a great year for all.

And as previously promised, the whole team is back in action from January 3. Look forward to it!

This week on the Digitally Uploaded podcast: Christmas and New Year Special!