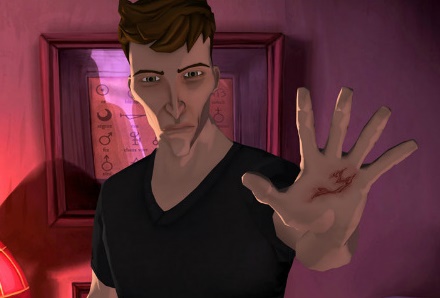 Being able to live forever is going to be high up on just about everyone’s “three wishes” list if they ever come across a genie’s lamp in their lifetime. Imagine if that wish had come true, but in order to live forever, it means coming back to life after death. Imagine again, if you will, that a significant other was also granted immortality in this form, except that she is able to remember all of her past lives, while every previous life lived by yourself is completely forgotten.

It sounds like a rather unique story, and it is indeed one that is not told very often, but it has been told before. It does become apparent that living forever does have its disadvantages.

Yesterday Origins begins 500 years ago with the backstory of John Yesterday, a reasonably ordinary looking fellow who has been captured by the Spanish Inquisition for accusations of witchcraft. John Yesterday is able to inexplicably read and recognise various languages without learning them, so even I would probably accuse him of some form of witchcraft in a jealous rage. John is rescued by a priest in need of his special ability. Through a series of events, John is given the power of immortality, and the story picks up again in the current day, with John and his girlfriend Pauline looking for an artefact to ensure John can keep his memories intact once he dies.


The narrative itself jumps back and forth through different time periods and different parts of the globe. Each section of the game allows players to peer deeper into John and Pauline’s past and learn more about what they have done throughout their different lives. Its non-linear approach to time reminded me a little of Beyond: Two Souls, actually. It’s perhaps not as effective, as Beyond was a brilliant piece of storytelling, but Yesterday Origins does do a great job of not confusing the audience with material that could be quite confusing. This is due in part to the excellent writing done by the folks at Pendulo Studios, who have managed to squeeze a number of themes and interesting characters throughout.

The characters themselves keep the game going at a decent place where they do not have hours of dialogue each, but express enough to display their own unique personality and charm. The executioner at the beginning of the game makes for a great introduction to the game, the man has had enough alcohol through his system to be seemingly immune to it. Sounds like my kind of chum, to be perfectly honest. John’s pleas to let him go fall on deaf ears, and his threats to perform witchcraft on the executioner are met with laughter, as the executioner isn’t religious in any way, and states that is the very reason he was hired by the Spanish Inquisition. There are many characters found in Yesterday’s Origins that are met only briefly but offer a somewhat intimate window into their own personality that you do feel for the characters themselves. This is an example of great writing, and something that Pendulo Studios should be proud of.

On the other hand, the game itself was clearly made for PC. It should never be this hard to wrestle the controls in what is supposed to be a pretty simple genre with the inputs. John not only collects items to use throughout his adventure, he also collects information that can be applied to situations in the same manner that he uses items. While this doesn’t sound bad in theory, items and information are applied by using separate buttons. Meaning some solutions have to be found with trial and error, holding down different buttons to attempt to get different reactions. It doesn’t sound like a huge deal on paper, but playing the game and attempting to follow this system is more annoying than it should be. Another somewhat unnecessary layer to the gameplay system is that John and Pauline occasionally have to use items or information on themselves. I was stuck at the beginning of the game because I didn’t know what I had to do, until I accidentally hit a button and opened up a window of John. Only then did I realise that John had the option to use things on himself. This is probably more of a personal issue I had with the game, but I didn’t want to have to deal with it. Not when I was enjoying the narrative. 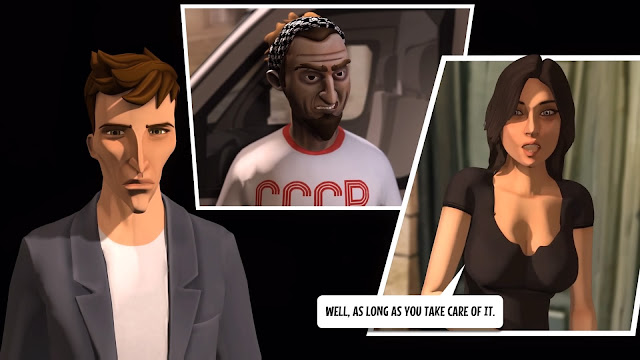 Gameplay aside, the game is rather striking in a visual sense. 3D characters are controlled over pre-rendered backgrounds. Similar to how it is done in many older games like Resident Evil, but nowhere near as noticeable. Overall, the game feels like a playable visual novel, with subtitles given in speech boxes rather than appearing as text across the bottom of the screen. Despite being 3D, the characters look hand drawn, which is an impressive visual feat.

In the end, Yesterday Origins is part of a resurgence of the old point and click adventure game. It certainly offers a unique story in the realm of video games. Fans of the genre will certainly get a kick out of the game, others may just be intrigued enough by the story to try it out. But will it stand out as a classic in the genre when we’re getting so many of them at the moment? Probably not.