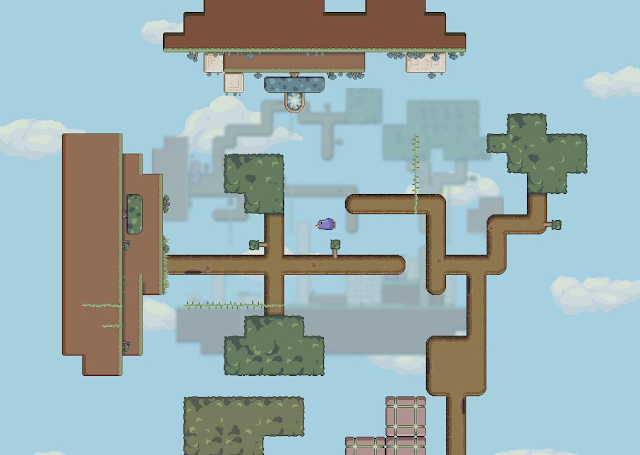 Mallow Drops should appeal to those who really enjoy some mind-bending puzzle games. There is a fairly basic set of physics at work in the game, but the development team has figured out some fiendishly challenging ways to apply them. Easy to pick up and play, Mallow Drops is far harder to put down.

To start, Mallow Drops just gives you a few cartoony images that serve as our story about two kiwis who try to rescue their lost eggs. The story here is fluff, providing little beyond giving us a reason for the game’s visual theme. At first glance this title looks like it might be a platformer, but quickly push that notion aside as this is very much a puzzle game. Your arrow keys allow your kiwi to dart in a straight line in whichever direction you press. You don’t walk so much as zip about like a cape-less superhero.

With no tutorial to speak of, you just learn the game’s mechanics through trial and error. Lots and lots of error. That is fine since the basic formula is very simple. You have the arrow keys that zip you into one of four directions, and you have W, A and D keys to flip or rotate the screen. The name of the game here is gravity. Early on you are more interested in just learning how the flips and rotations work, but later you have everything from blocks to sliding platforms that move about depending on the screen’s orientation. 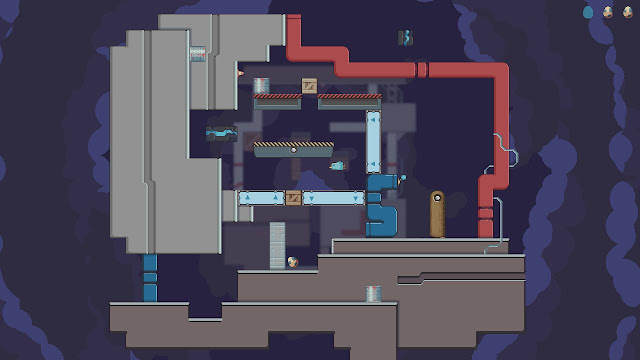 The objective to each level is to pick up the eggs, which then reveals a doorway to the next stage. Where things start to get crazy complicated is when you have multiple moving parts that not only shift around, but start to interact with / block one another. Add to it some of the critters and spiky obstacles of death that get mixed in, and your kiwis definitely have their work cut out for them.

Thankfully none of the stages ever felt unfair, though they certainly did bend my brain. The first twenty levels were a single sitting for me, taking just over an hour. I saw the #/20 and was not sure if there were just twenty stages or not, so I decided to beat them then and there to find out. Turns out that just opens up a new ‘world’ with twenty more stages, and another and so on. So there are plenty of stages to work through. The question is, are they fun?

For the most part, yes. I would encourage more breaks than I took along the way, but the trial and error style of play works in large part due to incredibly forgiving checkpoint mechanics. Early on it is actually quite hard to die. I do not recall exactly which stage introduced my first enemy creature, but I think I was at least a dozen levels in before my first death. Some stages (especially the later ones in specific worlds) saw my little kiwis dying dozens of times, but because of the generous checkpoints I respawned and gave it another go. Certainly every level is designed in such a way that there is one ideal path to completion, but I noticed several stages where I was able to freelance and get my eggs several different ways. This kind of flexibility is very appealing to me, and frankly I had a lot of fun with experimenting while playing Mallow Drops. 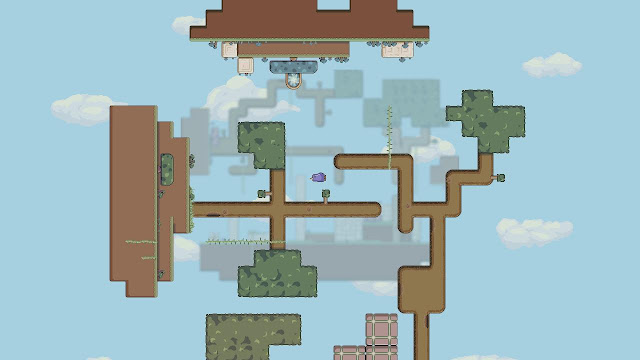 The visuals are cute, colourful and fit the game’s theme. Essentially this is a square tile title where everything occupies a space, including your character, the eggs, the exit and of course the assembled stages. This helps to make movement a precise thing, which is actually ideal for a game like this. That being said, the stages generally look pretty good despite the tiled nature of their structure. The sound effects are pretty minimal, but that is okay because the soundtrack is light and charming – an excellent compliment to the game’s graphics.

Mallow Drops is a fun, unique little puzzle game that offers up plenty of charm and challenge. It is not the longest of games, as it can be beaten in a handful of hours or so, but I found it to be very approachable and something I could pick up and play for fifteen minutes to advance a couple of levels and then come back to it later as desired.