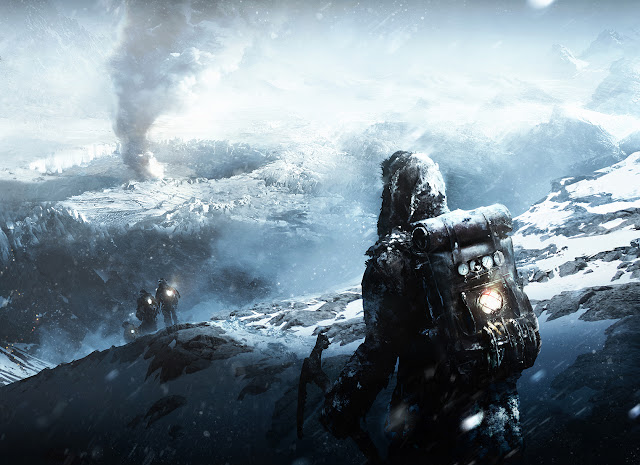 This War of Mine is an incredible, intense, important game. Taking place within the context of a war, the game gave us a completely different look at war, compared with the heroic nonsense of the Call of Duty and Battlefield games. In This War of Mine, you play as civilians caught in the middle of a war zone, and struggling to survive.

Related reading: Matt’s review of This War of Mine on Apple iPad.

With such a deeply emotional game, developer, 11 bit studios, immediately became a favourite within the DDNet team. And that’s why we’re so keen on Frostpunk, despite knowing virtually nothing about it at this stage.

The premise begins by imagining what society is capable of when pushed to the limit. In a completely frozen world, people develop steam-powered technology to oppose the overwhelming cold. Society in its current form becomes ineffective and it has to change in order to survive. What does this change mean? What is culture when morality stands in the way of existence? In the end, survival may transform us completely. Whether that change makes us better or worse, stronger or weaker, or even more or less humane is debatable.

Creative Director Michal Drozdowski: “This is a deeply serious game created for a mature gamer. Looking back at This War of Mine, we’re pushing boundaries even further, but we’re not pointing at reality in the same fashion. We’re putting human nature under a microscope to ask about what happens when people need to stay alive.”

With climate change expected to create a planet of extreme weather conditions, this strikes us as being a very poignant game concept indeed. And the developer was able to take a very serious topic and do it justice before, so…

Sadly we don’t know much more than that at this stage. The trailer, as you see above, is frustrating in revealing absolutely nothing about it. I’m sure we’ll hear plenty more in the months ahead, though. The game is currently on track for a 2017 release.

The Goichi Suda chronicles: On No More Heroes and self-deprecating satire