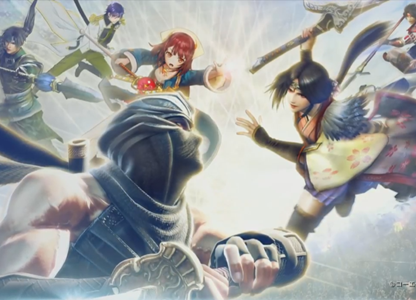 I’m actually too tired to do proper news articles on these announcements that were made today (lots more to share from here in Japan in the coming days, see), but I felt compelled to stick up these two trailers for DDNet readers, because both games have me incredibly excited, even through the point of exhaustion.

Think Monopoly, with a stock market, and you’re basically at Itagaki Street. These games are charming and accessible, but for hardcore fans, they actually offer a lot of strategy and depth. I don’t know if we can actually expect a western release for this one (a lot of these games are never localised), but it’s coming to PlayStation 4 and Vita.


The second trailer to get excited for is Koei Tecmo doing the Smash Bros thing. Musou Stars has Koei pulling together characters from Ninja Gaiden, Dead or Alive, Toukiden and Atelier to bash through hordes of enemies, also pulled from those franchises.

As someone who has been looking forward to an Atelier Warriors for quite some time, Musou Stars is a good step in the right direction. Especially if I can get Sophie to team up with Marie Rose (the latter hasn’t been confirmed for the roster, but let’s face facts here, Koei can’t not use that girl).


I’ll be at TGS Thursday and Friday this week. I’m already excited beyond measure.