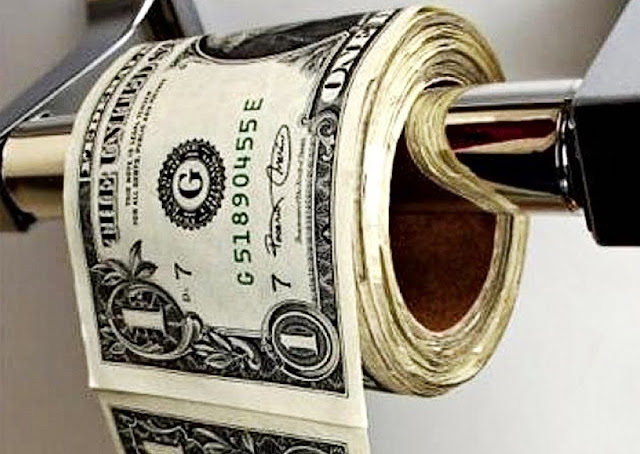 If you’ve been a game critic for as long as I have (and, without giving away ages because it’s quite embarrassing; I’d actually be well past my time for long service leave if I had been working for the one place all this time), one of the things you’re going to hear over and over and over again is “it’s too expensive,” or “I’ll wait for the right price,” or even “I’ll wait for the Steam Summer Sale because I want to support the developer but not at that price.”

All that experience in hearing the totally reasonable complaints about pricing hundred-hour long RPGs for less than a three hour music concert has been great for me, though, because I can how provide game developers and players alike with this absolutely perfect and scientific guide to how games should be priced. Take note, games industry, because if you don’t price that game just perfect, it clearly affects the quality of the game and you might go from a Metacritic rating of 90+ to under 40. Until you discount your game, and then the quality of the game starts to improve, of course.

Prices are in Australian because I am Australian, but that just makes the list even better quality because we understand what it’s like to be fleeced for game prices and so our opinions on them are even more consumer friendly.

You know how you get one of those MMOs and you start playing, and you’re having a good time? The servers are robust, so you’ve spend 20, 30 hours per week playing, made good friends and still have hundreds of hours of content to go thanks to the post-game dungeons and PvP? How good are those games? Well, unfortunately, they’re often ruined because the developer actually charges you money each month to keep playing. Which is crazy, right? Once an MMO has been released it’s not that much work to keep it going. I bet they could get one of those free interns to do it. So they don’t need to charge a subscription. This is sheer fleecing, so you should never play a game with a subscription cost. And you should probably nominate the company that stopped you playing that game you’re really interested in for the Worst Company of the Year award.

I hate this price. It’s too confusing. It’s better than a full priced game, but it’s just a really confusing one. At $24.95 I just don’t know if this is some random indie developer thinking they can trick me into spending money on something they only spent three years making while subsisting on expired instant noodles, or if it’s a AAA-blockbuster game that cost about $40 million to make and is priced fairly. The thing is though that I also know that at this price there’s going to be some DLC, and man, I just hate paying for extra stuff after buying a complete game.

Wait – how is $60.00 better than $24.95, I hear you ask? It’s actually quite simple. Indies don’t make games that cost $60.00! None of those nasty tricks where developers who don’t deserve money try and trick you out of your hard-earned cash. And, to boot, at $40 off the full price of a game, this price point shows that the developer really cares about you. So sweet of them, isn’t it? Of course really you should just wait for a Steam sale anyway.

This is much better than $20 or more. At $19.95 the developers clearly have enough respect for you that they wouldn’t dream of charging you $20. I know I’ve bought a bunch of games for $19.95 that I otherwise wouldn’t have bought if they were $20.

This price looks good, but it’s actually really irritating. It’s basically a mobile game-only price, and as we all know, we should never want to play a mobile game because they’re all casual stuff. But sometimes we get tricked into it, and buy a $0.99 priced game, only to discover that there are microtransactions too! This is ridiculous! Don’t game developers know that $0.99 is enough money? Think about all the things you can do with $0.99!

“Wait, isn’t free the best price?” I hear you say. Luckily I’m around to warn you against ever paying for a free game. It sounds good at first, but then you download it and there are even more microtransactions than those $0.99 games offer! It’s ridiculous and I don’t know who these people think they are. Games are art and didn’t anyone tell these people they should suffer for their art?

I quite like $4.99. See, for that amount of money I know I’m getting a game that’s good quality (or I’ll just send the developer an angry email and demand they give me a refund because no developer wants me to say bad things about how anti-consumer they are on Twitter). It means I have to go without a coffee for the morning, but that’s okay because I know that I’ll get at least as much fun from this game before I get bored of it and move to the next one as the time it would have taken to drink that coffee.

I’m including three prices here at #2, but actually I want to draw your attention to the figure after the decimal point. If a game is priced in such a way that it ends in a strange and uncommon cents value, then there’s a really good chance that it means it has been discounted a whole lot. Small discounts tend to maintain the “.95” or “.00” cent values, but when you get to 70%, 80% or 90% off, that’s when the fireworks start to happen after the decimal point. And as we all know, games are actually only worth 10%, 20% max of what the developer original asked for them. I know because I once made a plan for a game development business and my teacher gave me a “B” grade for it so I don’t even need to go to business school now.

1) Developers Pay Us To Play

This is the holy grail and I don’t know why a developer hasn’t priced their game at this point yet because so many people would play it if they did. As we all know, the only thing that’s important in making a successful and sustainable business is having millions of people play your game, and the best way to get millions of people to play your game is to pay them for the privilege of having them play your game. Logic!